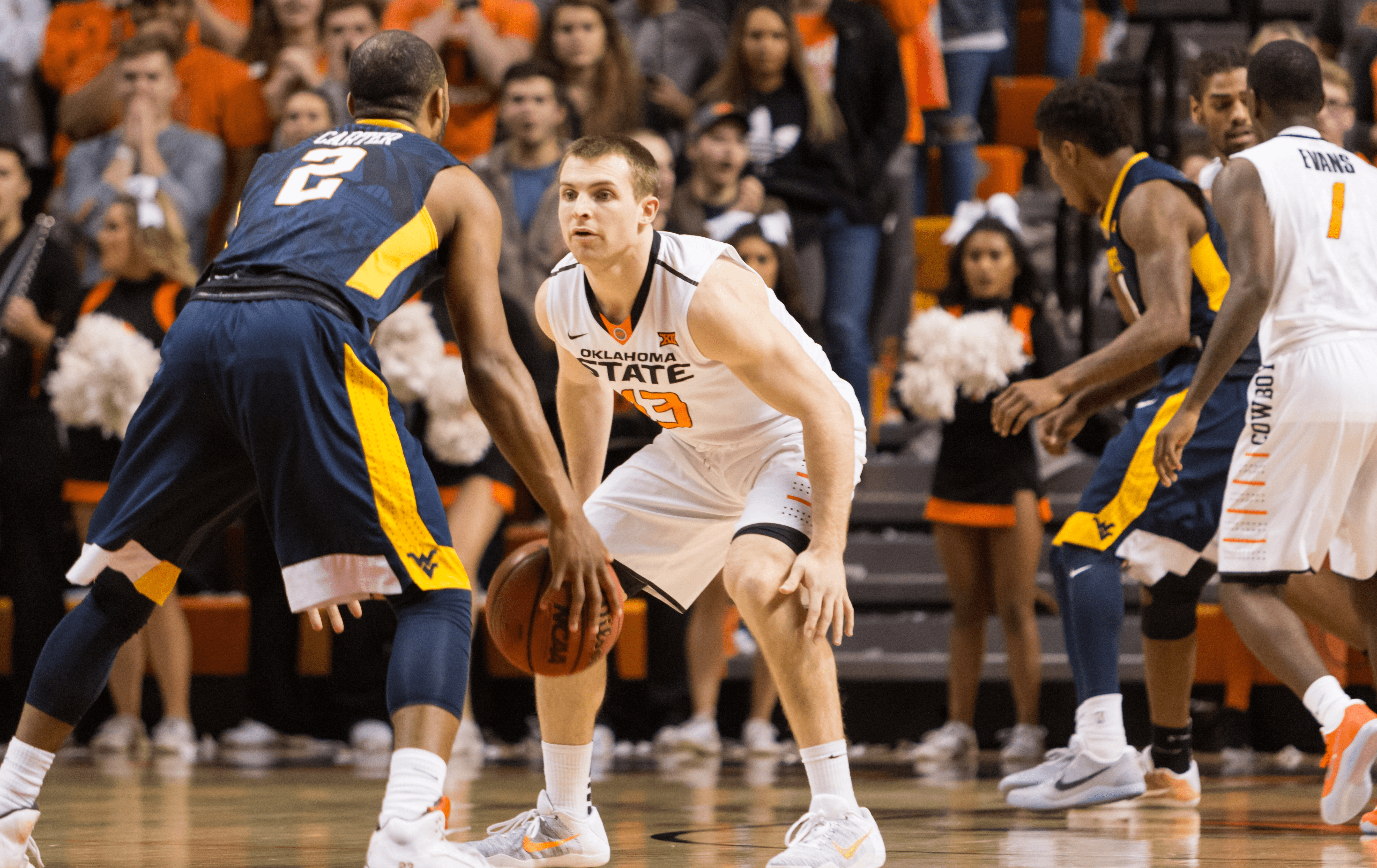 Make America great again? Who knows. But I feel confident in saying there’s a pretty easy way to make Oklahoma State basketball great again. Jeffrey Carroll said it best after OSU’s sixth-straight Big 12 loss (and 13th if you go back to last year).

“Guarding. Just being tough and talking, but guarding. We play defense in practice pretty hard every day, but we just have to carry it over to the game. For 40 minutes, just do it and play tough.”

Defense is what will make OSU hoops rock again. Everybody knows it. Maybe Bruce Weber most of all. His Kansas State team was the third in a row to score over 90 points against the Pokes in GIA on Wednesday.

“I would have never dreamed we could get 90 on them at their place,” Weber told reporters after the game. “But other teams have done it.” Actually that would be all Big 12 teams that have played in GIA.

So how bad is this? Well … it’s historically bad. Mark Cooper of the Tulsa World first pointed this out to me when he noted that Oklahoma State is giving up 119 points per 100 possessions in Big 12 Conference play. How bad is 119? It’s the worst in the Big 12 since 2005 and the second-worst in Ken Pom history.

That’s 180 Big 12 team seasons, and OSU is playing the second-worst defense. That’s astonishing. And trust me, I get that this conference is insanely good and that OSU has faced six of its best teams. But still! You want to be low on this list. The fewer points you allow per 100 possessions the better (obviously). The only team above OSU is Baylor from 2005. OSU is currently worse than the other 178 Big 12 defensive seasons since 2002.