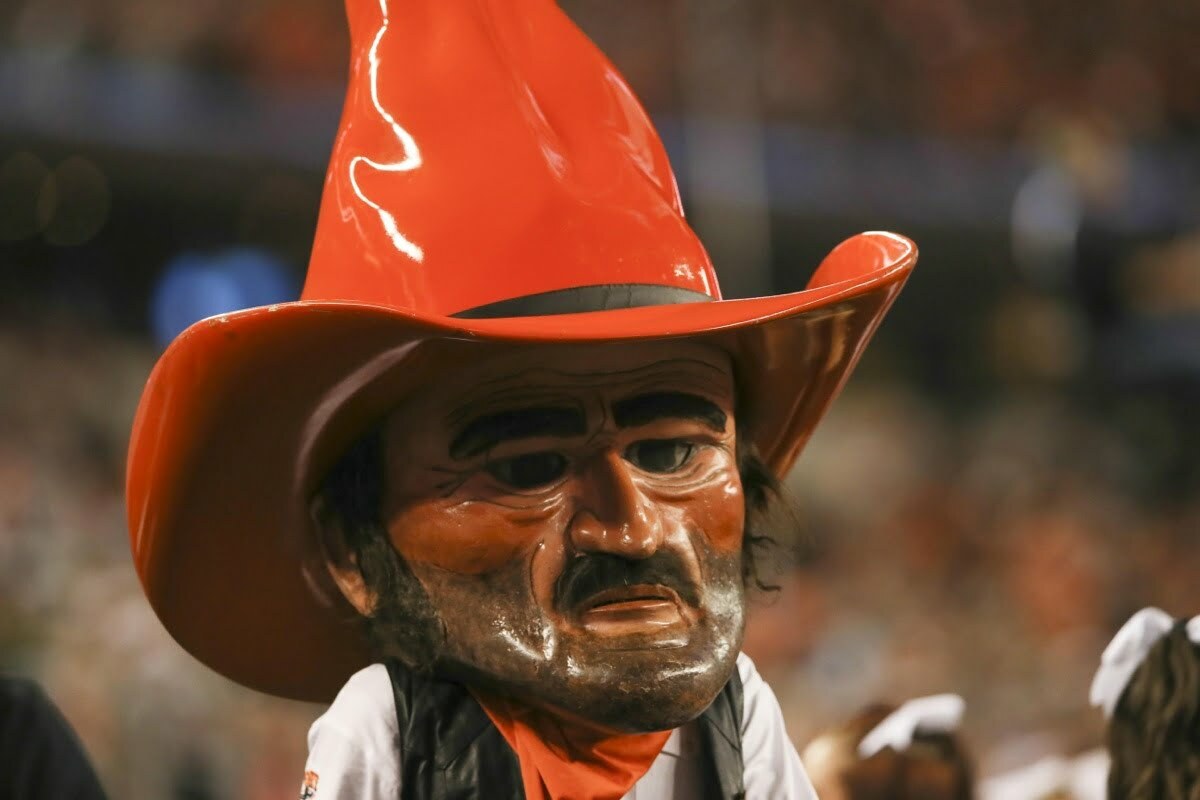 When I posted last week about the best programs in the country over the last five years a reader asked that I look back at all the five-year stretches in school history.

I thought that was a terrific idea so I went back to the inception of the program in 1914 and looked at all the 5-year stretches after that.

Here’s a look, first, at total win percentage since seasons in the 1920s consisted of five games — probably because you had to traverse the Red River in a covered wagon to play teams from Texas. 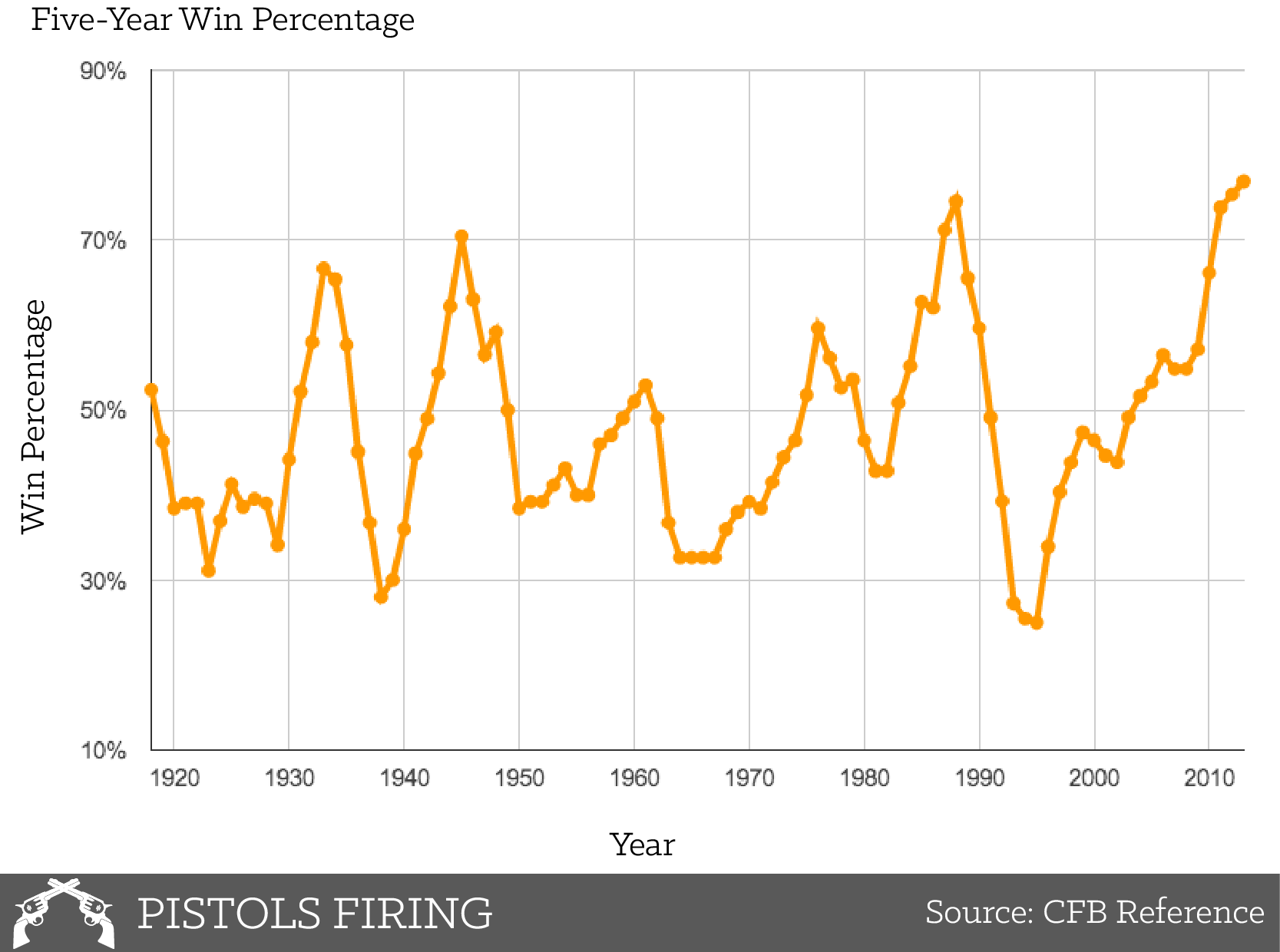 The only other stretch OSU won more than 70 percent of its games was 1941-45 which ended with that immortal 33-13 win over St. Mary’s in the Sugar Bowl.

Here’s a look at the chart a different way, in terms of total wins: 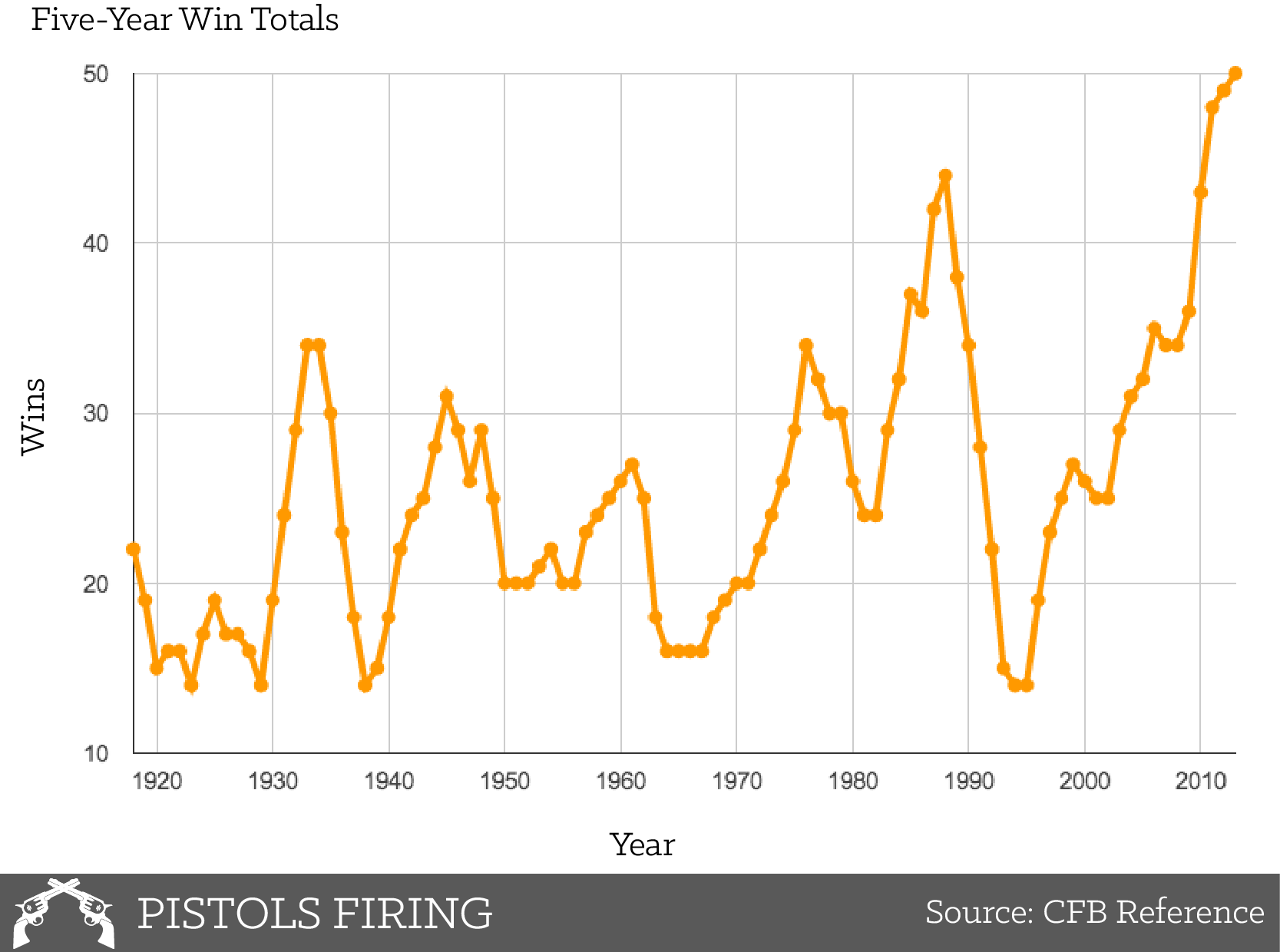 The years are pretty much the same:

The only other five-year stretch that saw OSU win 40+ games was the 1983-87 era when it won 42 games. The Pokes, by the way, need to win nine games this season to stay at “50 in the last five years” at this time next year.

In a lot of ways those 1980s win totals might have been more impressive than these in the 2000s because you didn’t have conference championships (the Big 8 did “one true champion” first!) and only played 12 games including the bowl game.

Pretty much any way you look at it, though, these Gundy Era seasons are the golden years of OSU football. These numbers are something that didn’t surprise me given that I’ve lived through them but gave me a greater appreciation for just how far we’ve come.