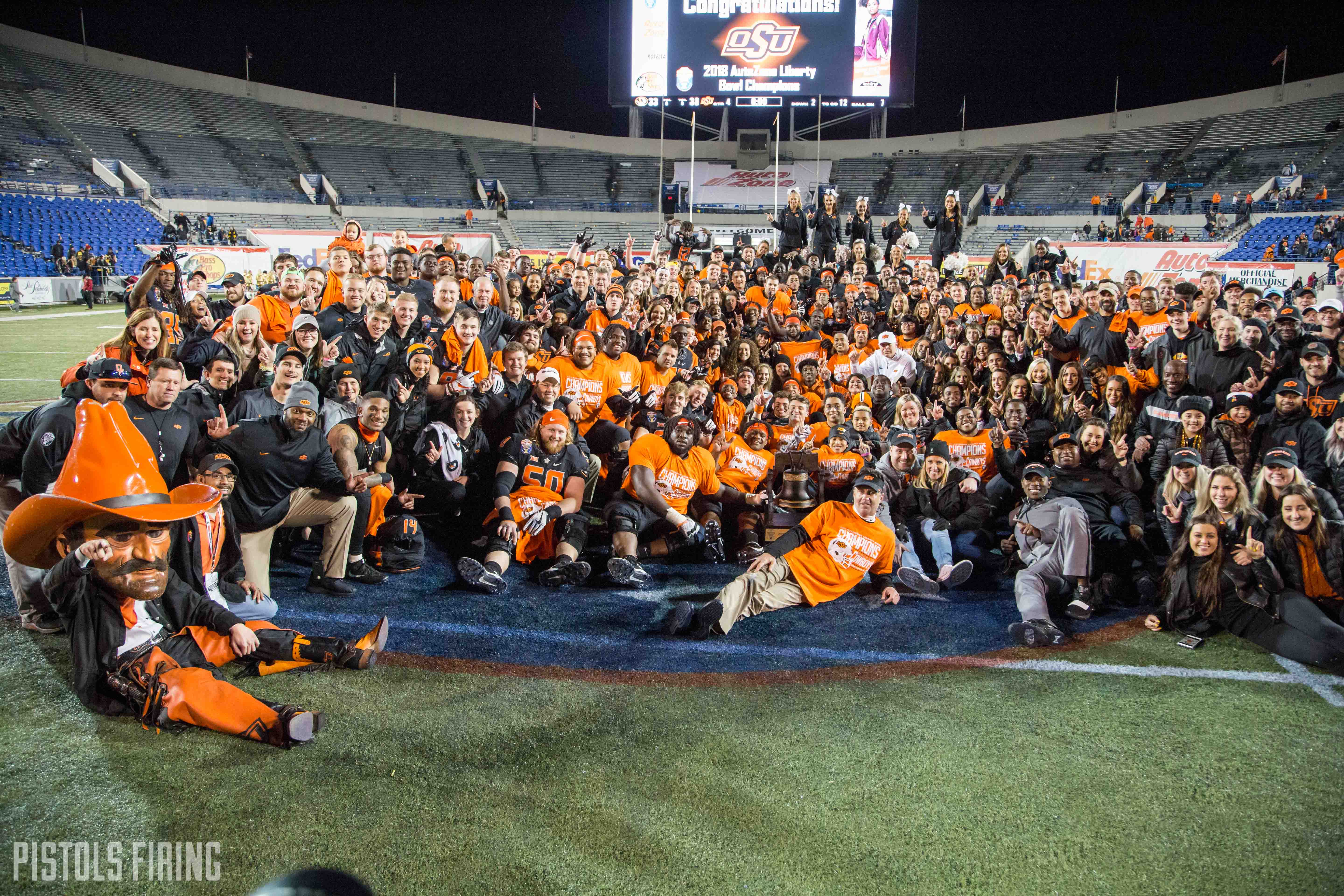 Oklahoma State’s 2018 football team was as inconsistent as it was (at times) frustrating to watch. Its highs made you think you were watching a top 15 team, but its lows were downright wearisome for the spectator, and a fanbase that’s been spoiled with consistency. And the culminating Liberty Bowl victory over Missouri on New Years’ Eve was a bit of both.

But Mike Gundy’s career win No. 121 and his bowl win No. 9 became the difference in a winning and losing season with the 7-6 finish. It may seem like semantics but that extra mark in the left column instead of the right extends his streak to 13-straight years with a final record above .500, adding to what was already an historic run for OSU’s program.

And whether or not that seems like a huge deal to those us on the outside looking in, it’s huge for those within the locker room.

Culture is an interesting thing. Whether he’s using it to frame his outspoken opinion on some hot-button issue or pounding the phrase into our collective subconscious to the point of cliche, culture is one of the things Mike Gundy cares about most. And there’s no arguing with the results. The Cowboy Culture, as he calls it, has helped him churn out a consistent overachiever most years with really good teams being the norm and a couple of great teams showing up on occasion.

Make no mistake. This was a down year for the Cowboys and for Gundy. As he’s said himself several times over the last few years, Gundy has built this monster, that 10-win machine, and he has to feed it. If you are what your record says then Oklahoma State, at 7-6, was pretty average in 2018. Gundy doesn’t get a pass for that, but he has earned the benefit of the doubt.

I’m not sure how much of a difference there is between 6-7 and 7-6 in the grand scheme of things, or that it has any effect on Oklahoma State’s program next season or three or five years down the road. Keeping that streak in tact was probably more of a save than a success. But I know it matters to the players and to the fans, and it definitely matters to Mike Gundy.

Will 2018 be just a disappointing blip on the radar for an otherwise consistent program? Or does this regression begin a shift toward mediocrity? Time will tell. But heading into 2019 the Cowboys get to ride a little more momentum and have one more thing to build upon for the future.