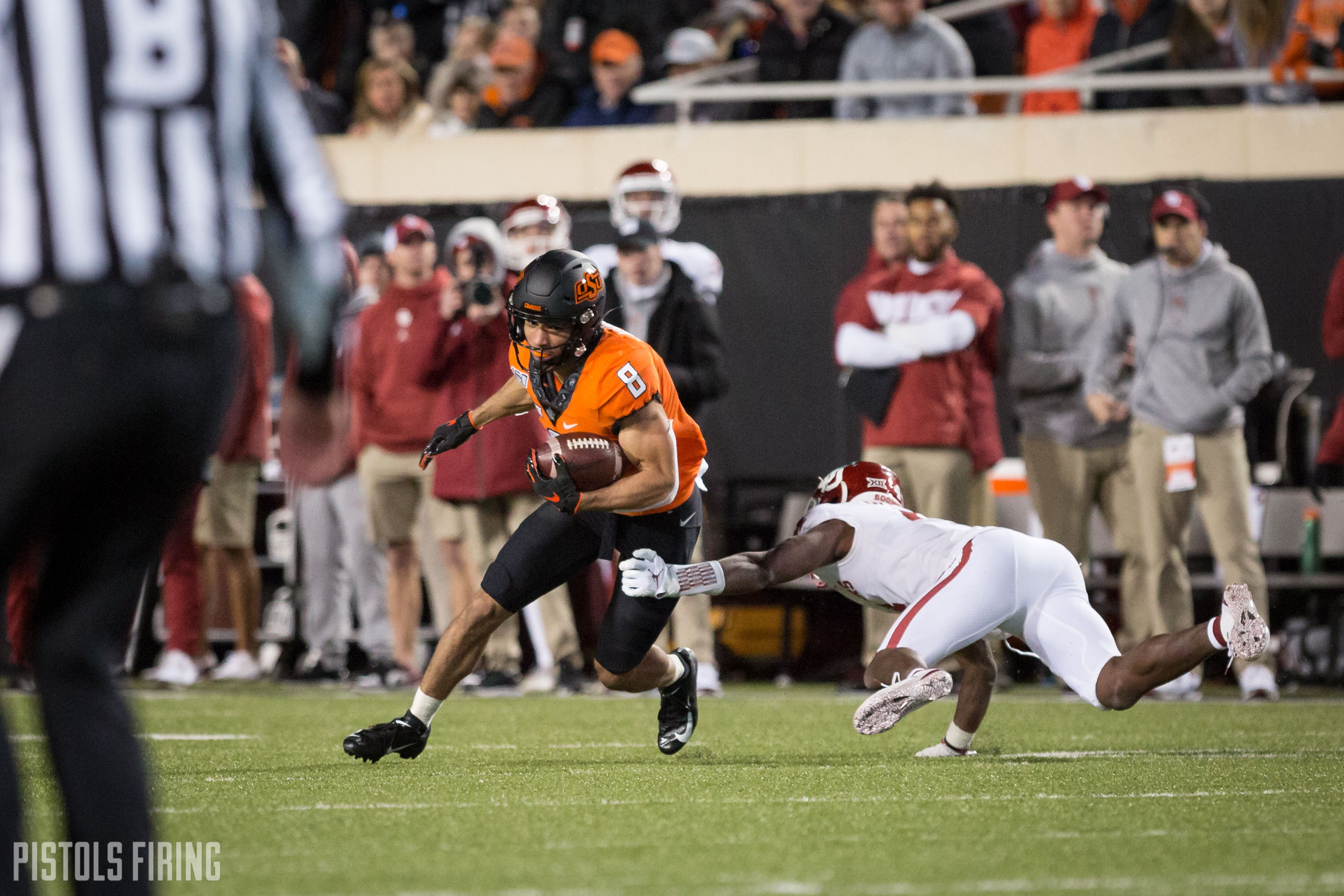 The Cowboys, as sizable underdogs, were expected to lose to Oklahoma on Saturday night. But many expected the rivalry game to look a little more competitive than a 34-16 final score.

So, after the 18-point loss at home, it’s not shocking that the Cowboys fell out of the top 25 in both the AP and Amway Coaches polls. They were ranked 21st in both polls last week.

And here’s the coaches poll.

Bedlam wasn’t the only rival game with top 25 implications. Alabama fell to ninth after its loss to Auburn and Michigan fell from 10th to 17th after its blowout loss to Ohio State. Imagine me telling you before the season that on December 1, Baylor would be ranked higher than Alabama.

The Big 12 ends the regular season with two Top 10 teams with Baylor and Oklahoma heading to Arlington to duke it out for the conference crown. It would be the fifth-straight for the Sooners and just the third ever for the Bears.

The College Football Playoff committee, who has been kinder to the Cowboys thus far, will release its rankings on Tuesday night.