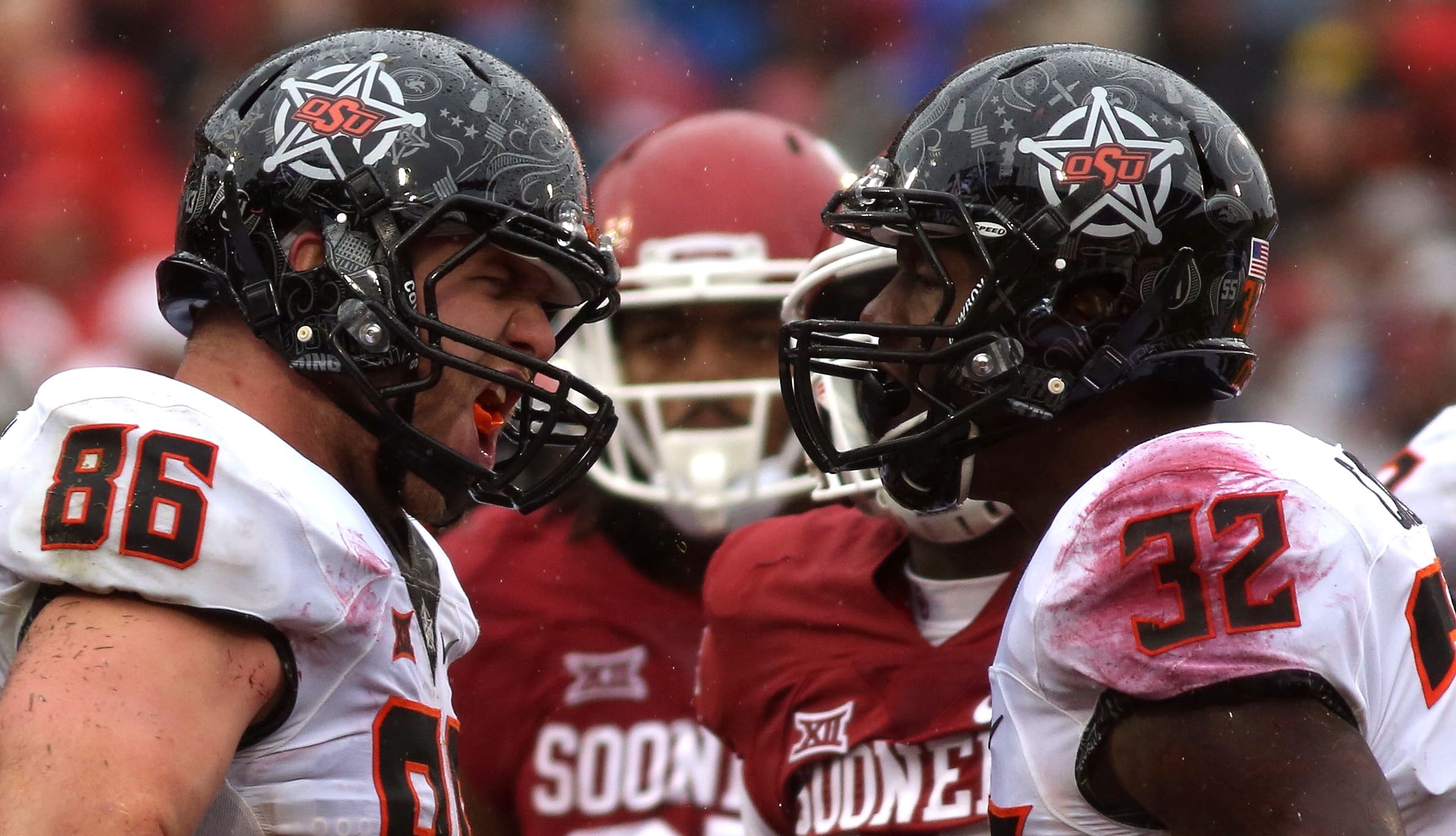 There were many (many!) things said about the Oklahoma State offense this season, but after 12 regular season games, it is still standing as one of the best in the Big 12. I put together the full regular season points per drive numbers (thanks, BCF Toys!), and I separated the Big 12 teams into tiers. Let’s look at offense first. OU stands alone. Obviously. They had the most dynamic for the most weeks of the season and played (by far) the hardest schedule. Impressive stuff there (though we’d have to get OKC Dave on the horn to see where it ranks all-time for Big 12 seasons). I wanted to group OSU and Texas Tech together in Tier 2, but I just couldn’t. OSU could have cracked the 3.0 mark with a good Bedlam, but it did not and Tech gets Tier 2 by itself. Then OSU. Then Baylor, WVU and Kansas State. Then TCU, Iowa State and Texas. Then sadness.

Here’s a look at defense. Tech, my gosh. Iowa State and Kansas were bad, but Tech was an abomination. OU and Baylor were pretty average if not below average (but at least we didn’t throw deep very much on OU since OSU is bad at that and OU defended it so well all year).

Would have hated to try to beat one of the worst secondaries in the nation w/ literally the best QB in the country at throwing deep. #Bedlam https://t.co/6rsSVx4Xz3

So there you go. We will look at this one more time after the bowl game, and I’ll have a small PPD preview for the Alamo Bowl (what OSU and CU do well). But OSU ranked in the third tier in the conference in each category which is solid. They were well-balanced for most of the year although I would like to see them jump into that Tier 2 on defense next year. I don’t expect OSU to ever have the best defense in the conference, but it can and should be in the Tier 2/3 range year in and year out.