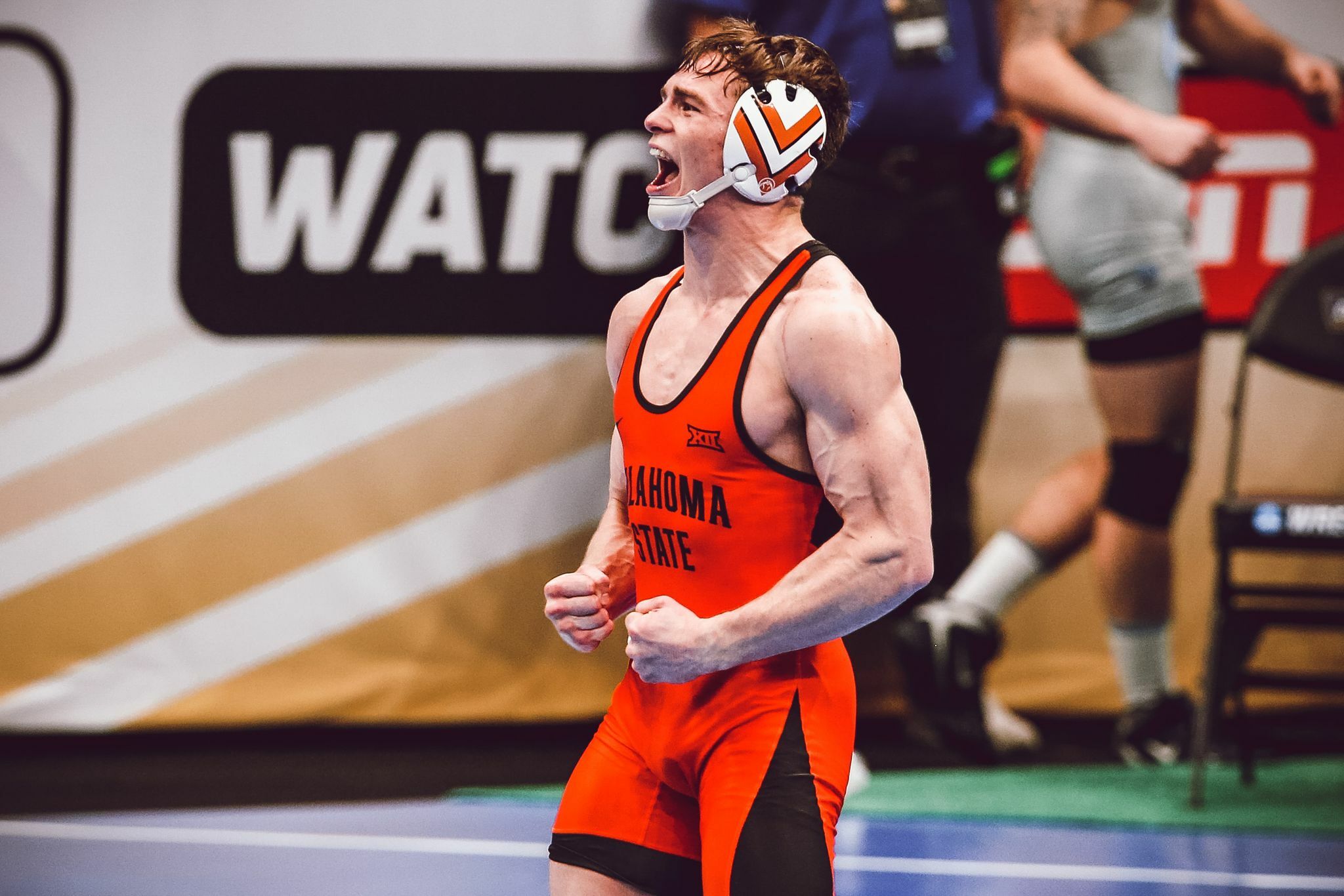 It was a decent day to start the NCAA tournament for the Cowboys as all wrestlers won matches and moved on to the second day with the team in fifth place and in the chase to win a team trophy.

OSU closed out the day with three in the quarterfinals and six still wrestling on the consolation side.

The three quarterfinalists are Daton Fix, Boo Lewallen, and AJ Ferrari. Daton was the first to get in after a first round major decision, then a fall in the round of 16 over Malyke Hines.

Boo Lewallen became a part of the biggest controversy of the entire tournament. He ended his first match quickly with a fall, then matched up with the younger brother of Dean Heil. Boo was trying to mount a comeback and get a takedown to win the match late. After looking as though he had one momentarily, his corner challenged the takedown call and the challenge was denied. Boo was down one with about seven seconds left.

Then they had this exchange.

Due to a clock error, no time ran off. The officials reviewed it and did not change the time. With seven seconds still left, they started back in the center and Boo got a takedown and win.

After the dust settled the officials gave this explanation on the situation.

AJ Ferrari looks strong early in this tournament. He picked up a quick tech fall in his first match and in a rematch from the Big 12 tournament took on Tanner Sloan from South Dakota State. Ferrari put together a solid performance to get a 5-0 win over Sloan.

The rest of the lineup had a mix of wins and losses, but all moved on to the second day.

Wyatt Sheets is making the best of his late entry into the tournament as he won his first match before facing off with the No. 1 seed Ryan Deakin. Sheets fell to Deakin, but came back and picked up a win in the consolation side.

Austin Harris and Trevor Mastrogiovanni took losses in the first round and both came back with consolation wins to move on to day two.

Travis Wittlake, Dustin Plott, and Dakota Geer all won their first round matches, but fell in their second matches of the day.

The tournament starts back up at 10 a.m. CT on Friday,

Here are the complete day one results for the Cowboys.