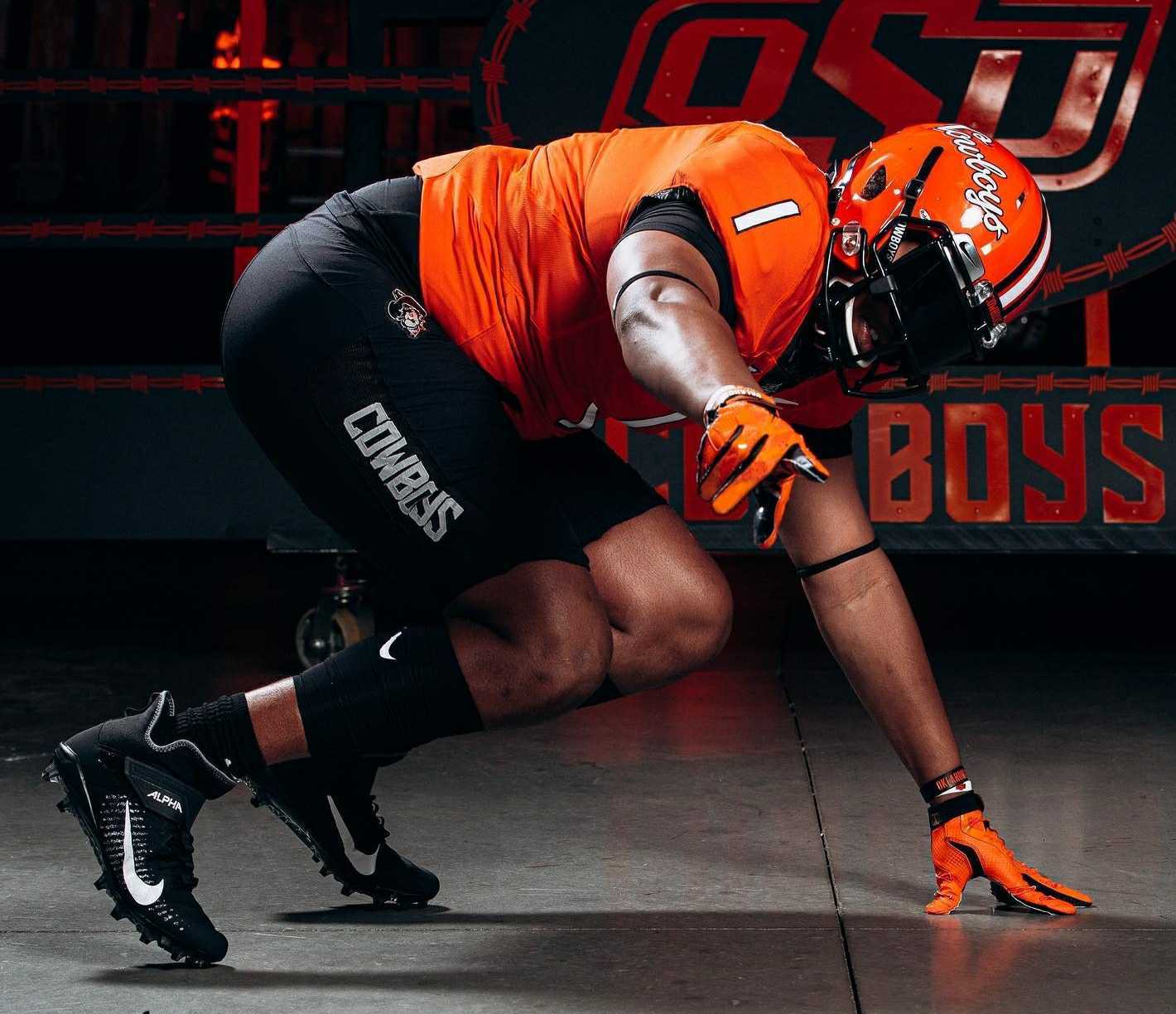 The Cowboys are off to a hot start on the defensive front in the 2023 class, but Avion Carter could push that group over the edge.

Carter, a Top 100 prospect in the class, released his top four schools on Monday morning: Oklahoma State, Texas Tech, Texas and TCU. Carter, a defensive lineman, has been on Oklahoma State’s campus multiple times, including as recent as OSU’s spring finale weekend.

Out of Amarillo, Carter is the No. 90 player in the 2023 cycle, making him a four-star prospect. He is the No. 16 prospect in all of Texas, according to the composite rankings. He is listed at 6-foot-4, 240 pounds.

Playing for Tascosa High School, Carter was his district’s Defensive Player of the Year as a junior after recording 55 tackles, 15 tackles for loss and eight sacks. Tascosa went 10-3 on the season, making it to the regional round of the Texas 5A D1 State Playoffs.

Along with his official visit to OSU for the spring finale, Carter was also on-hand to watch the Cowboys torch Kansas and TCU last season, winning by an average of 49 points.

Carter’s current Composite score of 0.9573 would make him the highest-rated defensive line commit in Oklahoma State’s history since Richetti Jones.