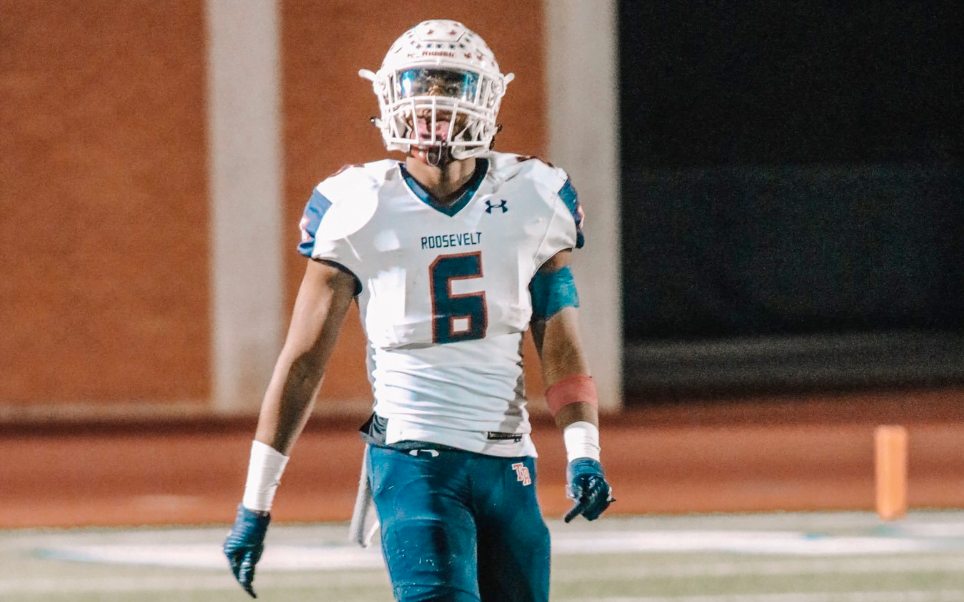 Earlier this week, we told you that acquiring commitments from skill talent — namely receiver and running back — was No. 1 on Oklahoma State’s priority list. On Tuesday, the staff tacitly acknowledged as much, offering a scholarship to Class of 2020 receiver Rashod Owens from San Antonio, Texas.

Owens is unranked and unheralded, with an offer list that includes Kansas, Tulane, Fordham, New Mexico State, UTSA, Army and Colorado State. Oklahoma State must see something here though.

The 6-foot-1, 185-pound recruit is an all-around athlete, which OSU probably noticed immediately. Rivals lists him as a running back, 247Sports as a receiver. Neither are wrong; pop the tape and you’ll find he plays both — and quite well.

I suspected Oklahoma State would try to target an inside receiver to complement 6-foot-4 receiver pledge Matt Polk, but Owens doesn’t necessarily play inside. He can — and does — but when he’s not toting the rock out of the backfield for Roosevelt High, he’s primarily lining up on the outside and beating folks with speed, or size, or both.

Owens’ resume of offers is pretty underwhelming overall, and I initially poo-pooed this offer before watching his film. I think this could be a solid sneaky late addition if OSU can sway him with the late offer. I used to worry about tweener running back/receiver athletes — including a former OSU recruit named Jaylen Waddle — but if used properly, I think Owens could be a real difference-maker in OSU’s system and utilized in a number of ways.