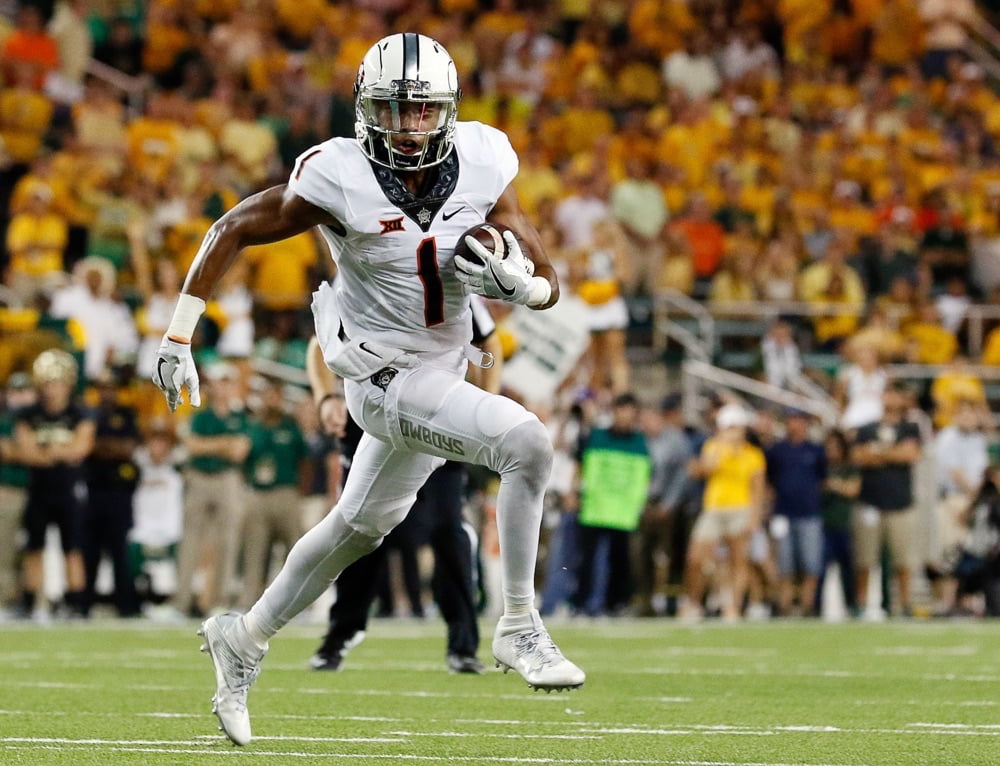 Yesterday we looked at whether recruiting matters, and I think I struck a bit of a nerve. Here’s the crux of it, people. On an individual level, stars do not matter. Justice Hills happen. Justin Blackmons happen. But to hold these guys up as outliers is to prove the point I’m making: Highly-ranked recruiting classes usually win lots of games. Lower-ranked ones usually don’t.

There is an argument in here that a lot of times recruiting outlets rank players based on who is recruiting them. That is, if Nick Saban wants a QB from Arkansas who is a three-star, that player conspicuously transforms himself into a four-star within a week on 247sports.com.

This is a fair argument. Although I don’t believe it affects the outcome we’re looking at as much as some of you would suggest. A lot of guys are five-stars their entire high school careers regardless of who is recruiting them, and Alabama is getting them, too.

Anyway, now that we have laid a foundation that recruiting matters, I want to explore why Oklahoma State is not better at it. This is a complex question with myriad answers. There are two in my mind with a false flag third.

First and foremost, Mike Gundy doesn’t try. Oh, I’m sure he recruits hard and has a plan and executes it to the best of his ability. But in his own words, he’s not chasing elite players.

“We win 10, 12 games, and we can get in on these [five-star] guys,” Gundy told ESPN in 2015. “We would get in a little bit, but we didn’t finish. So right, wrong or indifferent, we’ve gone right back to know your area, find out who’s out there, this is what we’re looking for to fit our system.

“Do they like to play football? Do they have respect for themselves, which gives them a chance to be successful? Do they fit what we’re looking for? Do we believe in them? If so, we’re going to go for them.”

I get it. It’s so, so difficult to take that final step from being a Tier 2 program (where OSU is) to being Tier 1. You have to sort of get lucky with a five-star here or a couple of four-stars there. To pull yourself up those last few feet on the mountain is almost harder than scaling from the very bottom to where you are.

I talked to Kyle Boone about this, and his explanation on the recruiting side is that Gundy hates going down to the wire with guys who announce on National Signing Day because OSU isn’t an elite enough school to have backup plans on guys who don’t sign. I understand that. And it seems Gundy has completely ejected on grabbing top talent in favor of grabbing guys he wants.

“Well, if you go back the last five years, in ’14, ’13, and ’12, then we can somewhat evaluate those classes now based on the success we have had,” said Gundy reiterated last Wednesday.

This was pretty easily the best moment of the day for us. The Kermit meme come to life! ?☕️ pic.twitter.com/9otVVfzaUL

Great evaluators or great coaches. Both are true of course. And both also shine a positive light on Gundy and the OSU program. This is what you’d expect from somebody looking to get a big contract extension. But neither can turn a group of three-star guys into a group of four-star guys.

So here is the second reason why OSU isn’t better at recruiting. The Big 12 is drying up as a recruiting hotbed. As a conference it has snagged just seven five-star guys in the last five years. That’s one fewer than the Big 10 grabbed in 2017 alone (that Ohio State-OU game is starting to make more sense, eh?). In those same five years, the SEC has signed 77 five-star players. Seventy. Seven.

The SEC and Big 10 send guys to the NFL, and that is literally the only goal of most high school athletes. There is a bit of a veil up on all of this for OSU because the Big 12, as we just saw, is not exactly banging down the door when it comes to national recruiting. OSU can hide a little bit in terms of its strength as a program because it plays most of its games against other teams that don’t recruit very well nationally either.

OSU is, stunningly, third in the conference over the last 10 years in average recruiting class. The catch? It is No. 34 nationally in that timeframe. What this means is that OSU gets exposed when it plays the Ole Miss’ of the world.

The false flag reason OSU is not good at recruiting is that you just can’t recruit to Stillwater. This is an argument that I’ve made myself in the past, but I think it’s probably horsehockey. If you send dudes to the NFL consistently, you can recruit to anywhere. Nick Saban and Urban Meyer could ask dudes to go to the damn moon and they’d still end up with top 10 classes.

Mike Gundy is a great, great football coach. The best OSU has ever had and maybe will ever have. He might be an accidental genius when it comes to forging a football program. He’s done almost everything right in Stillwater. His touch has been perfect.

Except for one area.

He hasn’t consistently locked down top 25 classes. That might be fine in Big 12 country where you play a bunch of other schools that don’t do it either, but OSU will never become a consistent national powerhouse until he figures out how to do this.

Maybe we’re OK with this. It is working to the extent that it is supposed to work. OSU is playing for Big 12 titles because Gundy is recruiting the way he is recruiting. And in the end, maybe it’s impossible to take the next step for a place like OSU. Maybe this is just the ceiling for a college in Stillwater, OK.

We’ll look at that as well as where OSU fits in nationally over the next few days.