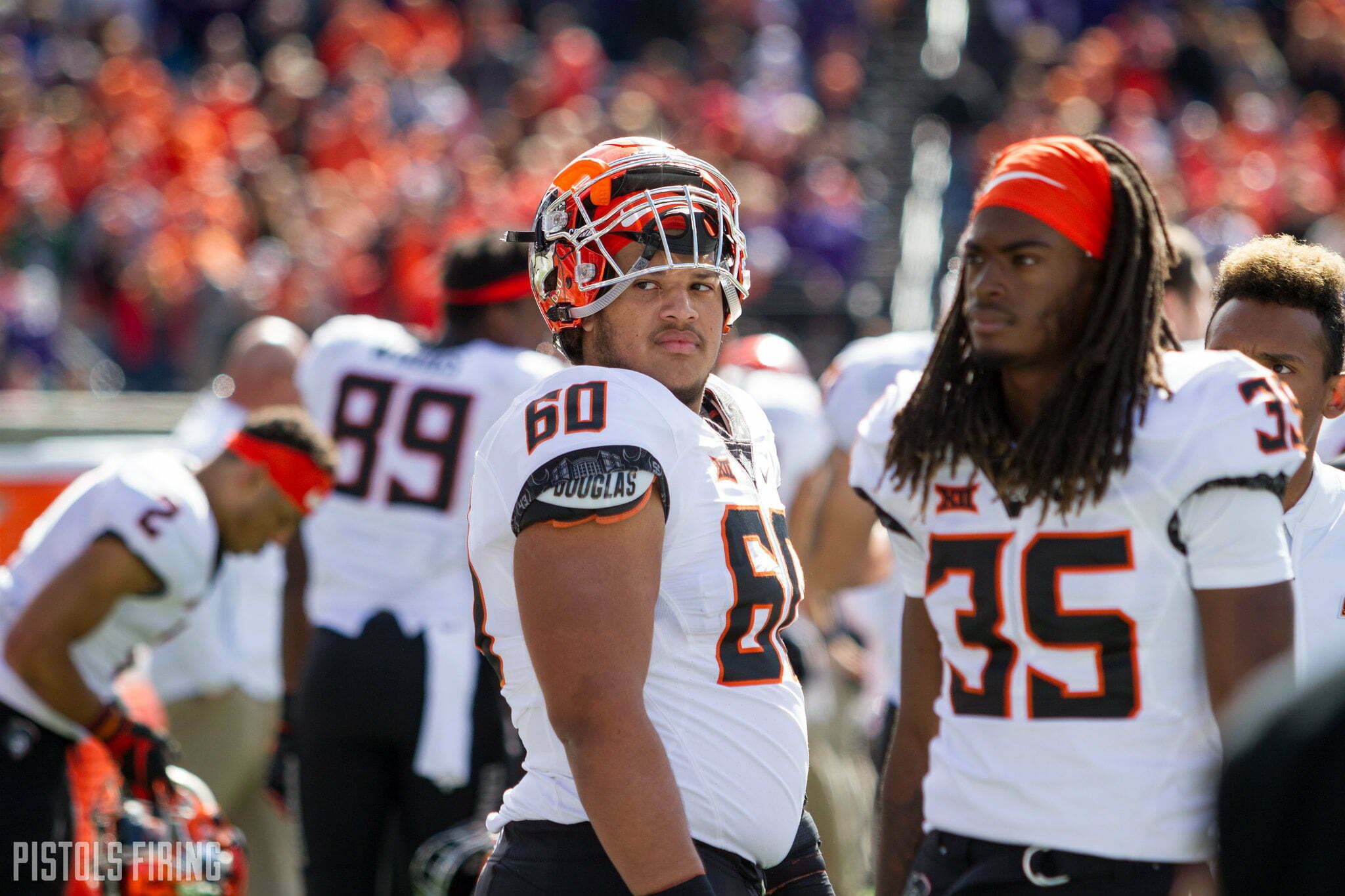 Oklahoma State may take another hit along its offensive line thanks to free agency.

Redshirt junior offensive lineman Tyrese Williams entered the NCAA’s transfer portal on Friday, according to a report by Go Pokes’ Cody Nagel. He’s the ninth Cowboy to do so since OSU’s Big 12 Championship appearance, and the fourth offensive lineman.

Williams came to Oklahoma State as part of the 2018 class as a three-star prospect out of Cy Ridge in Houston, Texas. He was the No. 10 center in the cycle according to 247 Sports. Williams chose the Cowboys over the likes of Houston, Cal, UCF and Utah. He redshirted in 2018.

Williams slotted in as a center and guard and appeared in eight games over the last two seasons, playing three at left guard in 2021. But his impact will be felt most in the growing deficit of experienced depth along the Cowboys’ offensive front.

Josh Sills and Danny Godlevske — who Williams could have been in line to replace at center next year — have exhausted their eligibility. And Williams marks the fourth Cowboy offensive linemen to join the portal. It’s a trend which began with Hunter Anthony on Dec. 6 and continued with fellow tackles Monroe Mills and Cade Bennett.

The Cowboys did add three offensive linemen as part of their touted 2022 class, including junior college stud Tyrone Webber. OSU also has last year’s transfer Caleb Etienne, who should be ready to bid for reps on the edge this spring.