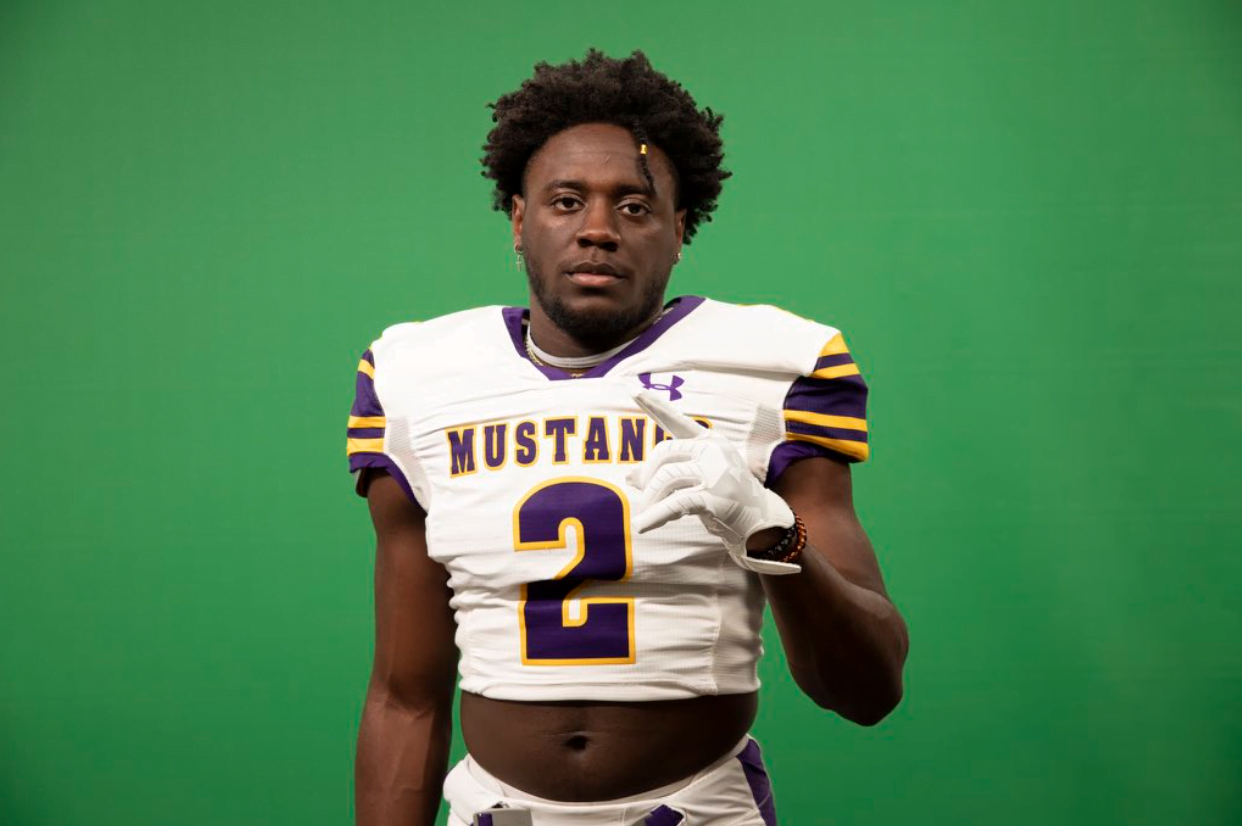 Touted Texas running back Tavorus Jones announced an Oklahoma State offer this week, just the latest in a long list of Power Five scholarships to his name.

The Cowboys continue to look for another running back to add for the 2022 cycle, and they could do worse than land the commitment of this talented tailback.

At 5-foot-10 and 180 pounds, Jones is a bruiser for a high school student and is field-ready for the next level. But it’s his elite-level elusiveness and tough running that make him such a coveted prospect.

Jones hails from Burges High School (El Paso, Texas) where he has been productive for years. And his star could be even higher if his junior season wasn’t cut short because of cancellations.

According to Max Preps, he rushed for 558 yards and eight touchdowns in just six games last season. But as a sophomore the year before, he amassed 1,134 yards and 15 touchdowns while averaging nearly 10 yards (!) per carry. He’s also totaled nearly 700 yards and eight TDs through the air over the last two seasons.

Jones is a four-star prospect across the board. 247 calls him the No. 14 rusher in the class, ESPN says he is No. 21 and Rivals tabs him as the No. 9 prospect in his position in the class. All three outlets call Jones a top 23 Texas talent.

Jones’ 247 Composite ranking is 0.9392. If he were to sign with OSU — and that ranking remained — he’d be the highest-rated pull since Tylan Wallace.

The Cowboys are just the latest in a slew of offers. Jones boasts over 20 scholarship invites with some heavy hitters like Alabama, Florida, Penn State, Texas A&M and USC already in the mix, to go along with Big 12 foes Texas, TCU, Texas Tech, Baylor and Kansas.

But with just one freshman RB taken in 2021 (Jaden Nixon) — and with looming questions as to who will fill Chuba Hubbard’s cleats next fall — the Cowboys have plenty of room for a quality running back prospect. But in any year, they’d make room for Jones.