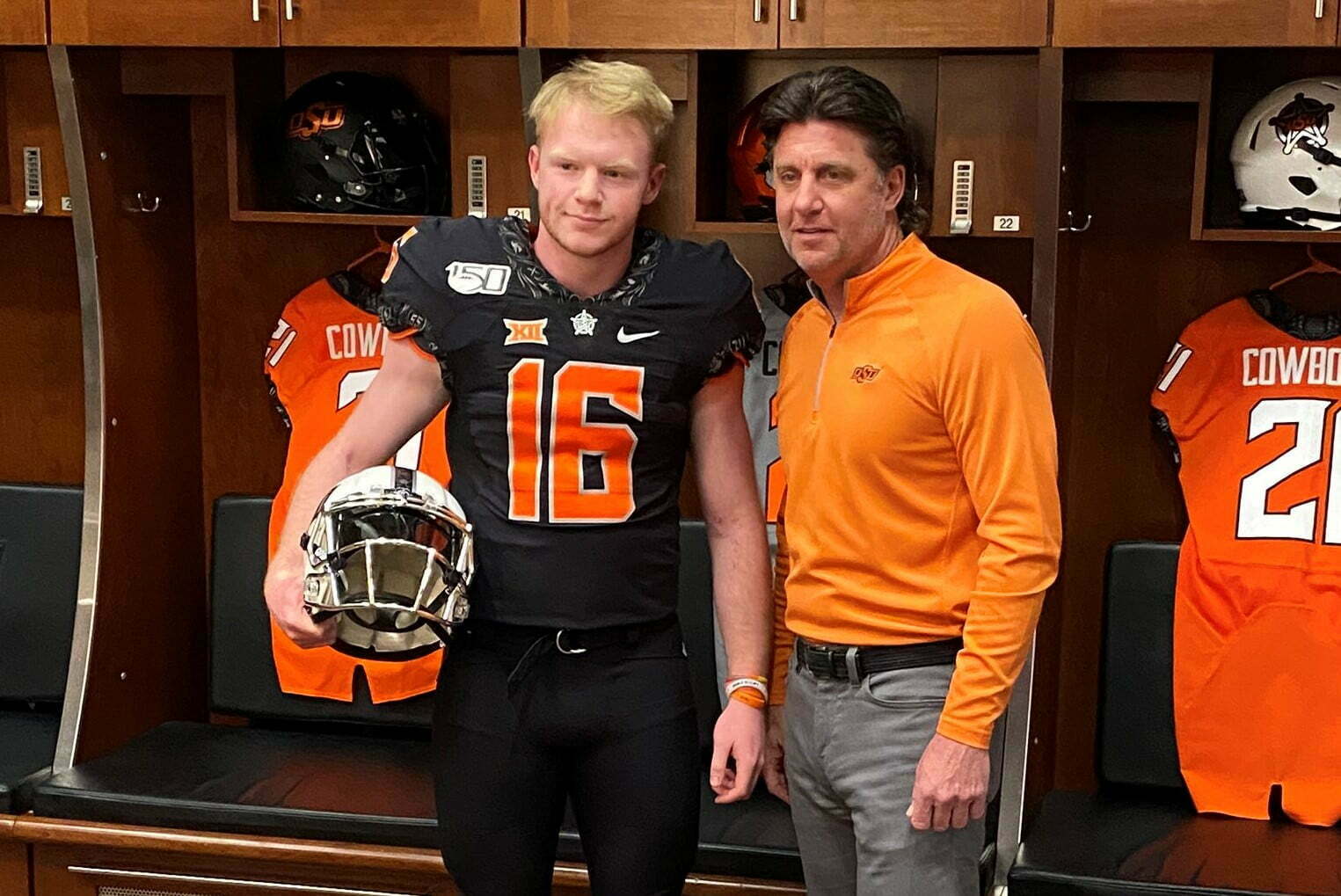 The Cowboys have a good haul of in-state talent in their 2021 class thus far, and the Pokes are looking to add to it.

Out of Deer Creek High School, Ward went 9-for-11 on field goal attempts as a junior last season, with his longest make being a 55-yarder.

He also played some tight end for the Antlers.

Ward doesn’t have a 247Sports profile, but Kohl’s, a recruiting service for kickers and punters, ranks him as a five-star prospect.

The outlet ranks him as the No. 63 kicker and the No. 49 punter in his class.

“Ward had a strong showing at the 2019 Texas December Showcase and he backed that up with a great showing at the UC-Challenge. He excelled in his punting and was strong in the kickoff and field goals at the camp as well. He has developed into one of the better combo prospects in his class. Ward attended the Kohl’s National Scholarship Camp in July of 2020. At the 2019 NSC he showed very well in the FG portion of camp by scoring 29 points. His KO’s were also impressive and he moved up in our rankings because of his strong performance. Ward has a big season ahead of him!“