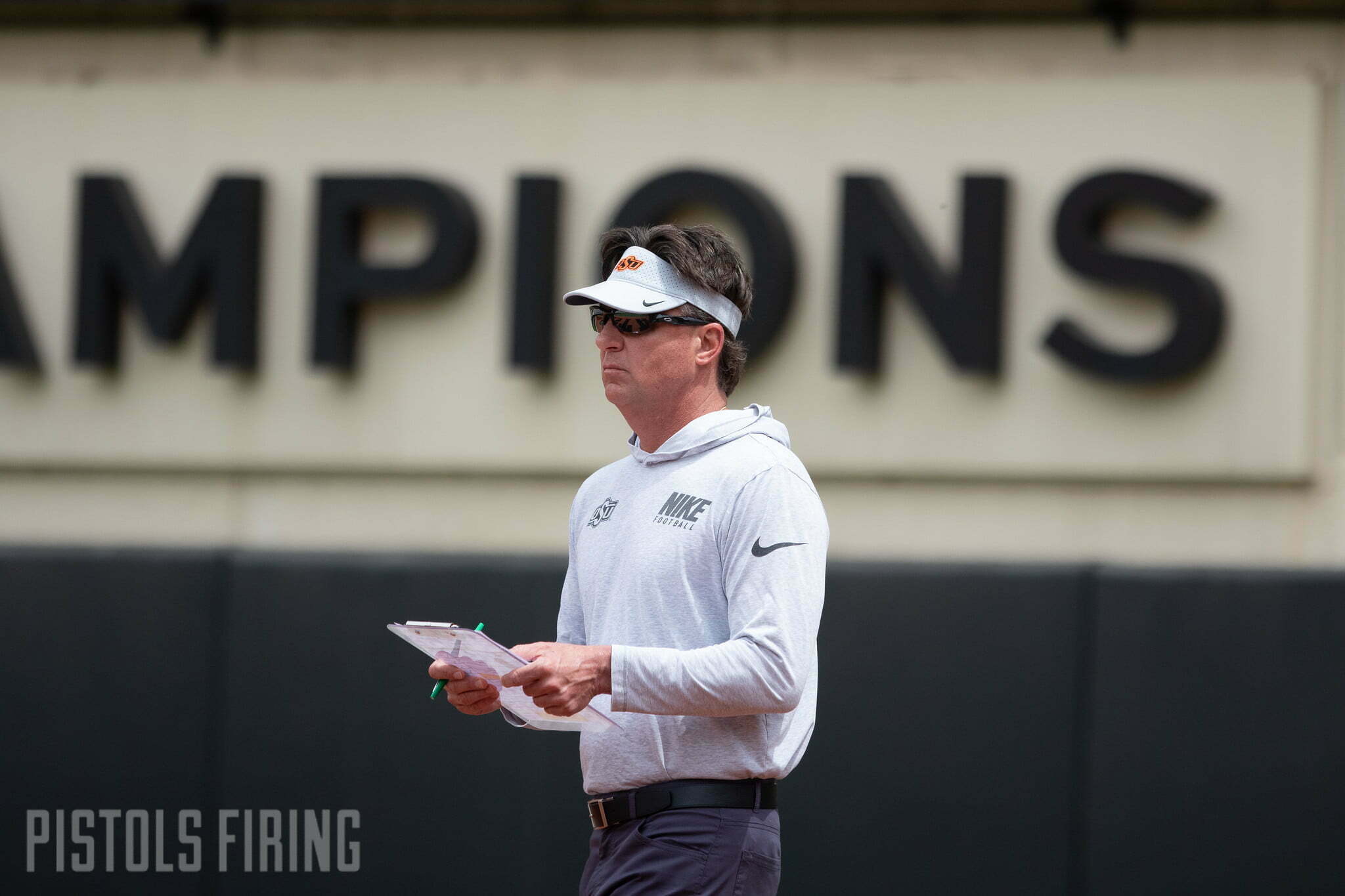 Oklahoma State on Thursday became the first Power Five program to offer in-state talent Will Smith, a Choctaw, Okla. native who plays both defensive end and receiver at the high school level. Smith announced the offer on Twitter just weeks after attending a camp at OSU and (apparently) leaving a strong impression on the Cowboy coaching staff.

Smith is a 6-foot-4, 210-pound talent in the 2024 class who probably will play as an edge rusher at the next level. He has really soft hands and good playmaking ability after the catch as a receiver (peep his tape here) but his explosiveness off the ball as an off-the-edge menace gives him tons of potential as an OLB in OSU’s system.

Smith’s versatility sticks out as well. OSU loves these types of athletes who play multiple positions (or multiple sports) and with him you get a mix of both. He’s a really good basketball player as well. And on the gridiron he played with his hand in the dirt as a defensive end, as a stand-up edge rusher and as a receiver. He’s effectively Choctaw’s best athlete and the staff smartly finds myriad ways to get him involved.

OSU is in on the ground floor here. They just pressed the button on the elevator, and it’s a virtual lock this kid’s stock is going to rise. (I lost the metaphor there, but you catch my drift, I think). The Cowboys are the only major program currently in with an offer, though Akron last month was technically his first Division I level offer.

Two plays to wow you

I pulled this directly from his HUDL tape, and it is 100% laughable the versatility Smith can offer. There’s two plays in this video below — the first a contested catch for TD as a receiver, the second a swim move through traffic to record a sack. It’s very easy to see why the coaching staff likes his talent.