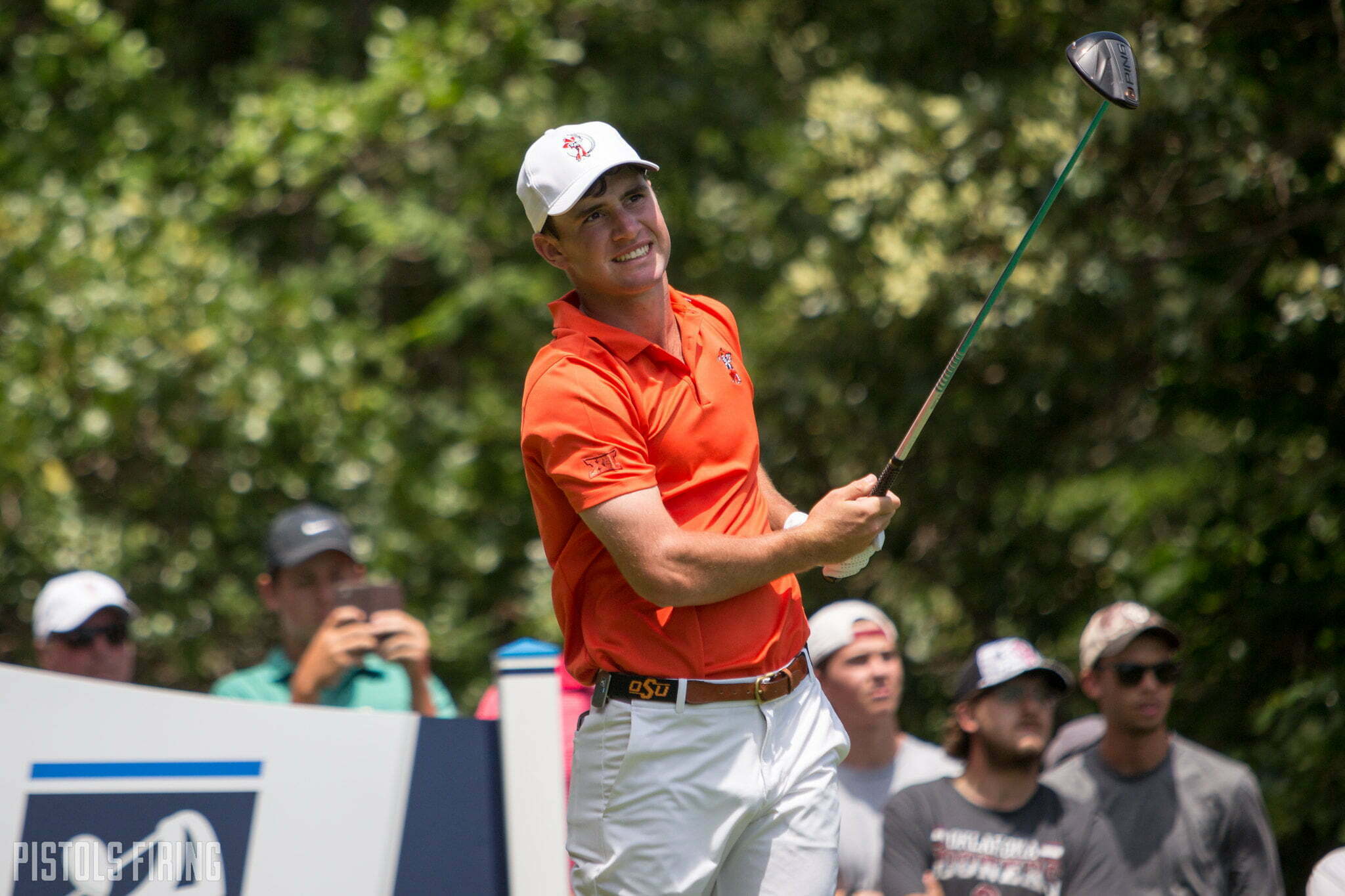 Oklahoma State is torching the field at the NCAA Championships in Arkansas. After a 2-under 286 day on Sunday — the best score in the field for the second straight day — they’re up … 25 strokes on second-place Texas.

The field was cut to 15 teams on Sunday evening, and the top eight after one final round on Monday move on to match play. OSU is currently up 41 strokes on the ninth-place team. They beat No. 2-ranked Arizona State (now eliminated) by 49. They beat last-place BYU by 86.

They are maybe the best OSU team in history, and now they have three players in the top five on the leaderboard, and none of those players are Viktor Hovland, who was low am at the Masters and is the reigning U.S. Amateur champion.

Matthew Wolff leads at 7 under after firing a 69 on Sunday, but Austin Eckroat is just behind him at 5 under. Zach Bauchou is 2 under and T5 going into Monday’s finale.

“I actually didn’t know that I was leading but it feels really nice,” said Wolff. “When you’re leading, you’re obviously doing something right. We’ve got a lot of great players out here, some of the top amateurs in the world, and it’s a really hard course. I think being consistent, putting myself in the right places, and learning the course each day is helping. We’ve still got one more round so we’ll see how it goes.”

If he wins, it will be win No. 6 on the season for Wolff, which would extend his single-season school record. But he might not win, and if he doesn’t then either Eckroat or Bauchou could be there to clean things up.

“[Having three guys in the top five is] pretty awesome,” said Wolff. “It just shows anyone on our team can play well. We’ve been taught to do that and I think we’re executing nicely.”

“I haven’t actually looked at the leaderboard that much,” added Bauchou. “But we’ve been able to do that a few times this year, so it’s pretty cool.”

In his final event as a Cowboy, @bowboy25’s game is trending in the right direction. #okstate #golfschool pic.twitter.com/TdvfhqfRkR

The black cloud hovering over all of this is, of course, the reality that all five players on OSU can go out and shoot 63 on Monday, they can win stroke play by 100 and take the top four on the individual board, but they still wouldn’t be the champs.

Following Monday’s round, they will likely get the No. 1 seed going into match play and get paired against an Ohio State or a TCU. It’s a matchup they should win, but match play is funky and there’s a lot of pressure in trying to become the first OSU golf team in history to win consecutive golf national championships.

Regardless, it has been an incredible tournament for Oklahoma State golf, and it was an amazing weekend for OSU athletics as a whole. Golf will try and join baseball (Big 12 Tournament champs) and softball (WCWS qualifier) with a closing kick on Monday as match play on Tuesday and Wednesday looms as the blockade between them and history.