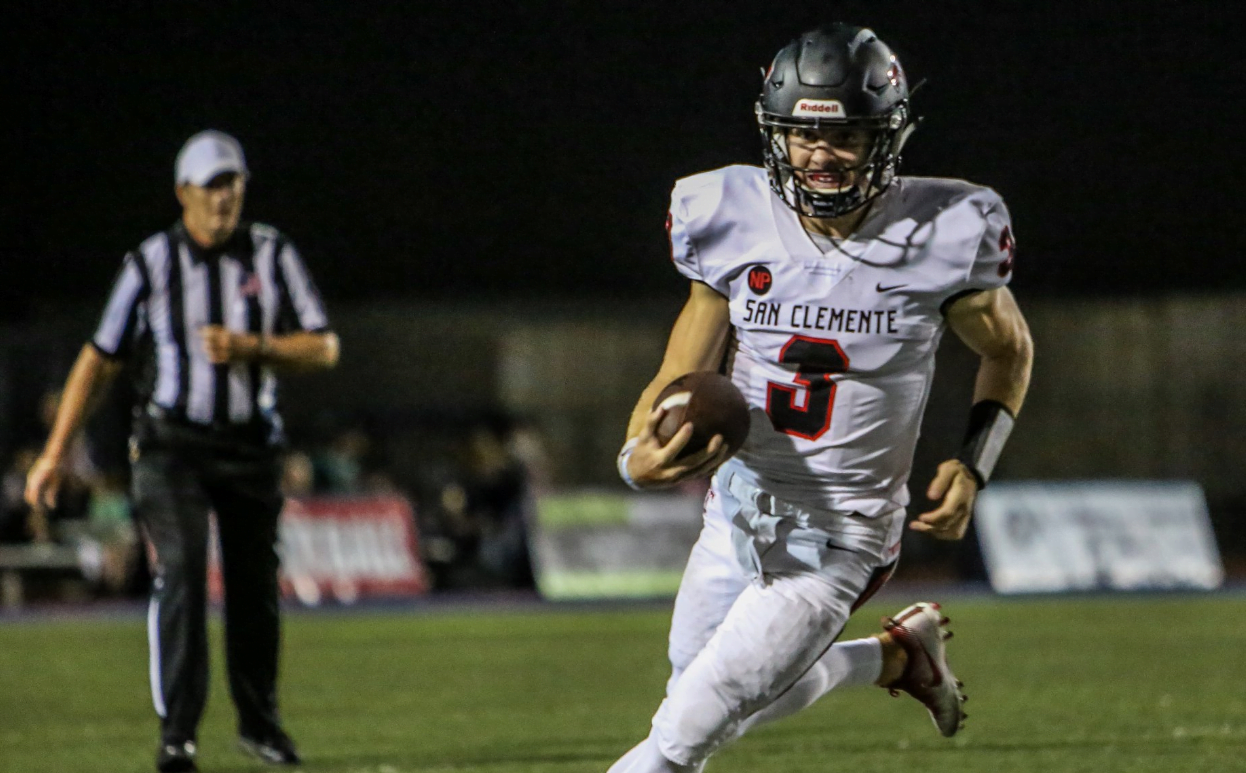 San Clemente (Calif.) quarterback prospect Brendan Costello, a 2019 recruit who committed to Oklahoma State in June, picked up a jumbo offer on Monday from the University of Georgia.

When Costello originally made his OSU pledge, he did so to little fanfare. Costello was (and still is) ranked as a three-star prospect. Outside of OSU, his biggest offers were Air Force, Army, Eastern Washington and … Brown.

Not exactly a murderer’s row of bluebloods.

But UGA entering the picture makes things rather interesting if not outright uncomfortable. The Bulldogs under Kirby Smart have, more or less, been able to pick and choose who they take. A scholarship offer to Costello shows the staff was confident enough to take a chance on him, despite a slew of other four- and five-star talents who likely would have been ready to jump aboard the Smart train.

Costello has a difficult decision to make on whether to stick true to his pledge or slide in between the hedges in Athens, but neither program has a particularly appealing QB situation to enter. OSU has true freshman Spencer Sanders likely slated to take the reins next year and Dru Brown potentially returning; Georgia has five-star freshman Justin Fields and Jake Fromm, the freshman who last year led the Dawgs to the College Football Playoff.

Should Costello void his verbal commitment, OSU could be in a sticky late-cycle predicament for 2019. The remainder of OSU’s QB offers, outside Lance LeGendre, who many think will pick LSU and stay in-state, have already made verbal commitments. It could lead to a QB scramble at the high school level or even a national search via the grad transfer market, much like last year’s search which drew in Dru Brown.