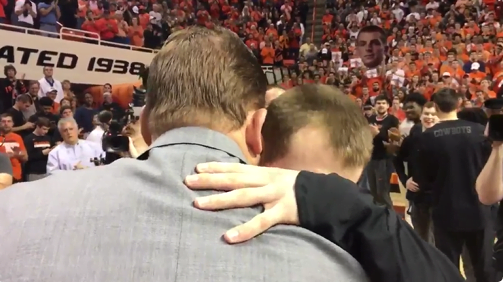 Leyton Hammonds and Phil Forte have exhausted their Gallagher-Iba eligibility. Both will surely be missed.

Announcer Larry Reece and the Cowboy faithful recognized each senior before the game.

Forte finished his Stillwater career with a 13-point showing and 3-of-8 from beyond the arc — adding to his total as the all-time leader in made 3’s at OSU.

Hammonds chipped in 10 points on eight shots and grabbed three rebounds. He’s been a big part of the Cowboys’ success this season. His defense and rebounding have been huge all year, even before he turned things around offensively down the stretch.

Hammonds took time to thank OSU fans after the game.

I just want to thank every single OSU fan on this planet! It has been a blessing to be apart of this great tradition #LoyalAndTrue ?? pic.twitter.com/82x5mIcxDw