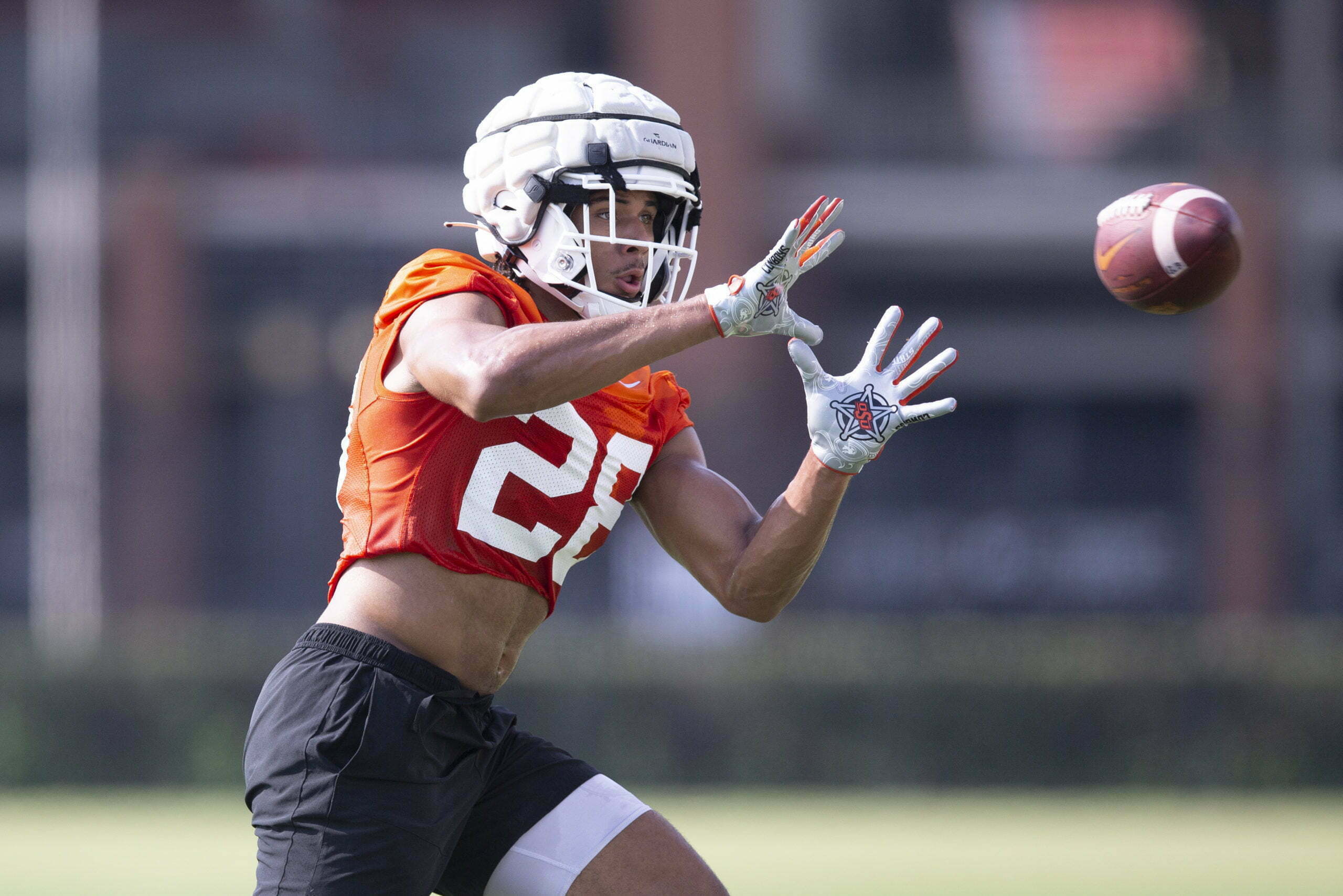 With Sept. 4 quickly approaching, the Cowboys’ two-deep is starting to come together.

Oklahoma State released its first depth chart of the season Thursday. There weren’t a ton of big surprises, but there were a few things to note.

To start, it looks as if the position battle between Taylor Miterko and Caleb Etienne at left tackle is still ongoing, with the pair of redshirt sophomores sharing an “or.”

The four running backs on the depth chart are all combined with ors, as OSU coach Mike Gundy has said all along they’ll use all of them.

The only other highlighted position battle was at the cornerback spot opposite Jarrick Bernard-Converse. It looks as if super senior Christian Holmes has locked that spot down for now, appearing above sophomore Korie Black. Gundy mentioned during fall camp he expects to be able to rotate corners more this season.

Four true freshmen appear on the Cowboys’ two-deep and all are receivers. After impressing since he joined the program in January, Blaine Green is expected to start at the outside receiver spot opposite Tay Martin. Bryson Green, Blaine’s twin, is also on the two-deep as are fellow freshmen Jaden Bray and John Paul Richardson. As well as being a backup slot receiver, Richardson is listed as the Cowboys’ second punt returner behind Brennan Presley.

The Cowboys are deep along the defensive line. Trace Ford and Brock Martin share an “or” at defensive end, as do Brendon Evers and Jayden Jernigan at defensive tackle. Jernigan had an impressive freshman season in 2019 in a difficult spot for freshmen to shine. He played in all 13 games, recording 13 tackles, four tackles for loss and two sacks. He sat out last year because of the pandemic.

With still a week and some change until OSU kicks off its season against Missouri State, some of this could change and an “or” or two might be worked out, but the Pokes’ roster is starting to take shape.