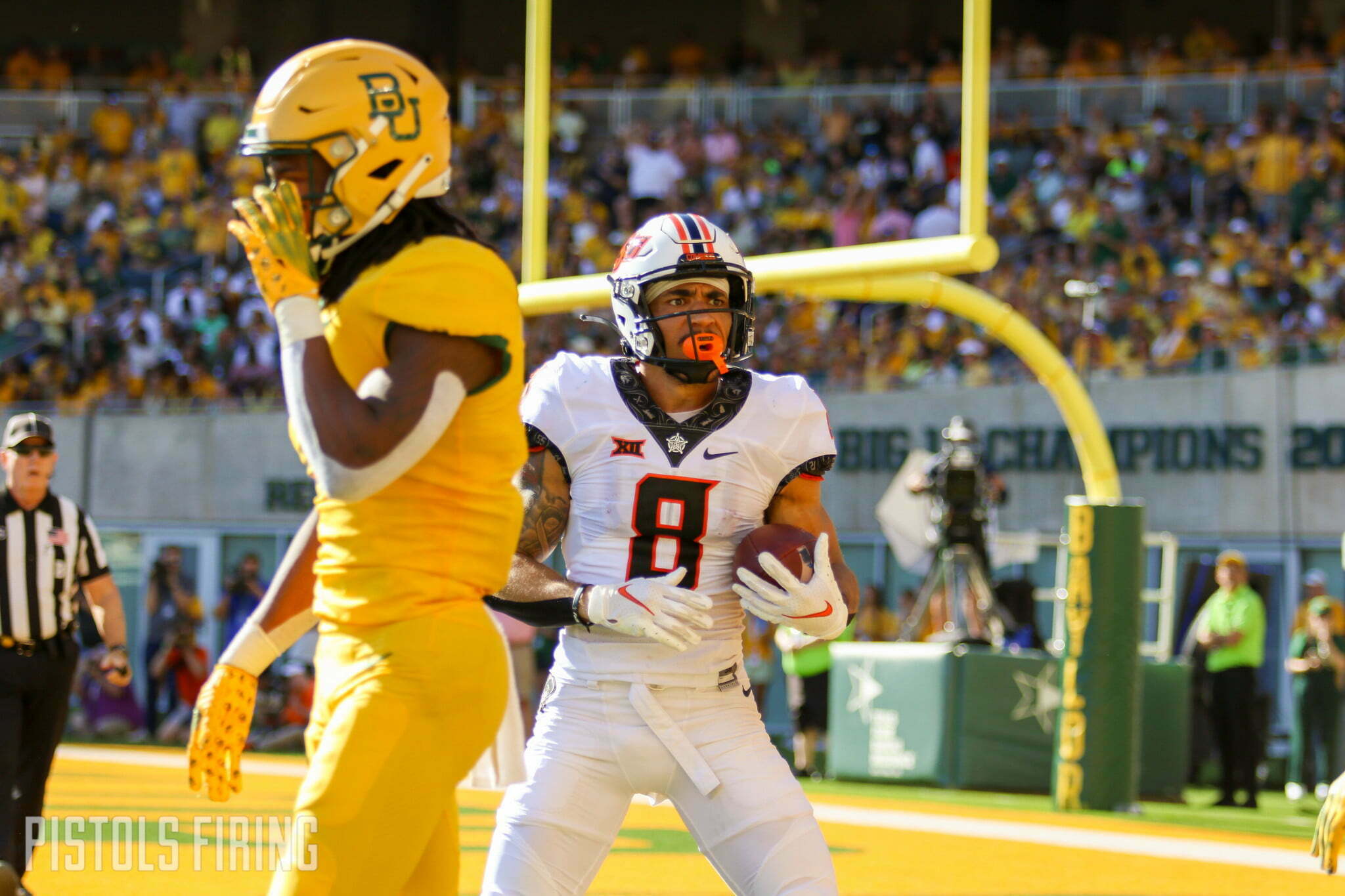 The Cowboys are 4-0 after their trip to Waco, with a signature Big 12 win under their belts to start conference play. Elsewhere, the league has been turned on its head.

But that win in Waco — despite being over the poll’s then-No. 14 Baylor squad — was not enough to move the needle for the coaches. The Cowboys remain at No. 7 in the latest USA Today AFCA Coaches poll.

Before we look at the climbing and falling of OSU’s conference cohorts, here’s the updated Top 25.

We’re Not in Kansas Anymore

But ESPN will be next week.

Kansas is 5-0, TCU is 4-0 both with signature wins and both are finally recognized in the rankings. The Jayhawks are in at No. 17 after taking advantage of three missed Iowa State field goals to keep their win streak alive, and TCU is in at No. 18 after thumping OU. The two ranked teams’ matchup next week has drawn the ESPN College GameDay crew to Lawrence for the first time ever.

Kansas State also debuted at No. 20 in Coaches Poll after the Wildcats’ 37-28 win over Texas Tech.

Meanwhile, Oklahoma dropped all the way out of the ranking after its loss to the Horned Frogs. The Sooners are now 0-2 in Big 12 play. Thanks to the loss to OSU, Baylor dropped from 14 to 22.