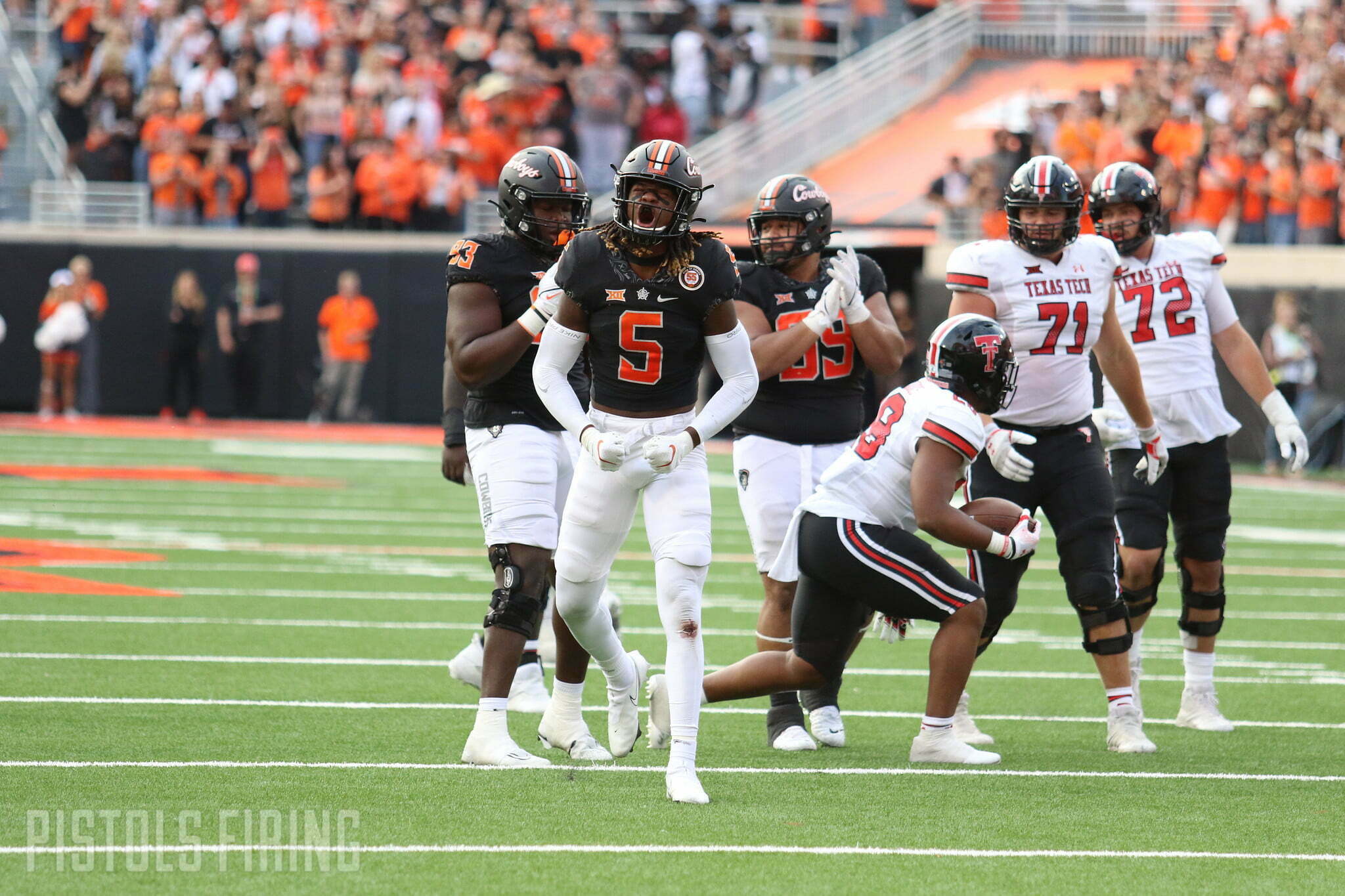 Oklahoma State remained static in this week’s USA Today AFCA Coaches Poll after its comeback win over Texas Tech. It’s the Cowboys’ third-straight week at No. 7 in the ranking and sixth-straight in the Top 10. OSU debuted at 11th, according to the coaches votes.

We’ll get into what teams around the Big 12 moved below, but first here’s the Coaches Top 25.

The Coaches Top 10 actually remained unchanged from last week despite Alabama showing some warts in a close, last-second win over unranked Texas A&M. And there could have been an SEC-fueled case for No. 8 Tennessee to leapfrog the Pokes after thumping LSU in Baton Rouge.

Speaking of thumpings, Texas was awarded a spot back in the ranking after blanking Oklahoma 49-zip. The Longhorns are the only 3-2 team in the Top 25.

TCU climbed three spots to 15 after edging out Kansas in Lawrence. The Jayhawks fell three spots to 20. Kansas State went from 20 to 16 after taking care of Iowa State. Baylor dropped one spot to 23 on a bye week.

Of course, this sets up a Top 15 matchup (at least according to the coaches) when the Cowboys head to Fort Worth to face the Big 12’s only other unbeaten team, TCU.