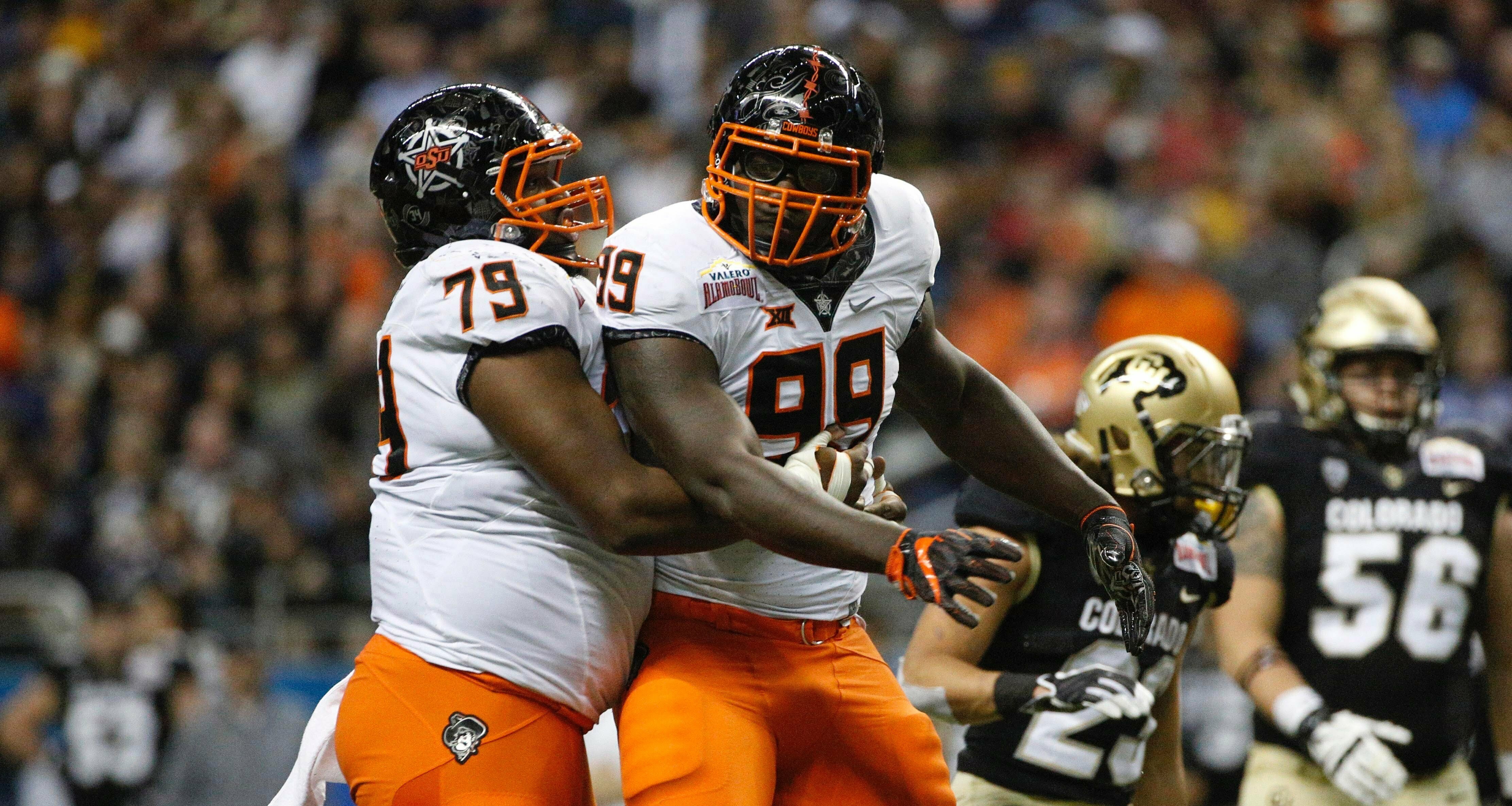 Oklahoma State’s Alamo Bowl defense was outrageously good. I know Colorado is not exactly 2008 OU (or 2016 OU, for that matter), but the Cowboys held the Buffs to one of their lowest yards-per-play outputs on the entire season. OSU had nine tackles for loss against CU (led by Chad Whitener and Trey Carter with 1.5 each) to go along with three sacks (Carter, Vincent Taylor and Tralund Webber), six quarterback hurries, three pass breakups, a forced fumble and an interception. Whew.

Colorado came into the game averaging 446.3 total yards per game. The Cowboy defense held them to 318. Additionally, the eight points CU scored were the fewest OSU has allowed in a bowl game since it allowed six to BYU in the 1974 Fiesta Bowl.

The stats don’t stop there, though! Maybe, you know, Big 12 defense are much maligned because they have to face Big 12 offenses.

The Cowboys held the Buffaloes to 62 yards on the ground. It was the third time OSU’s defense did so on the season (although the other two came against Southeastern Louisiana and Central Michigan).

It all added up to one of the more astounding defensive showings in the Gundy era.

“The last three games of the season, I think the defense really played great,” said safety Jordan Sterns who totaled 33 tackles in that span. “We played with a savage mentality. That showed. It’s just about being physical. We were. We didn’t want any points on the board. We showed that against TCU, a little bit against OU until the second half when we started playing a little slow.

“We got a lot of fast guys on the defense. We definitely showed that [against Colorado].”

The best news is that of the 10 players who notched a tackle for loss, OSU loses just three of them. It is a defense that will be depleted with the departures of Vincent Taylor, Ashton Lampkin, Jordan Sterns and Devante Averette but plenty talented and hungry to carry the momentum of the last three games (17 points per game allowed) into 2017.

“I feel like they could win the national championship,” Averette told the Oklahoman after last Thursday’s rout. “I wish I could come back.”