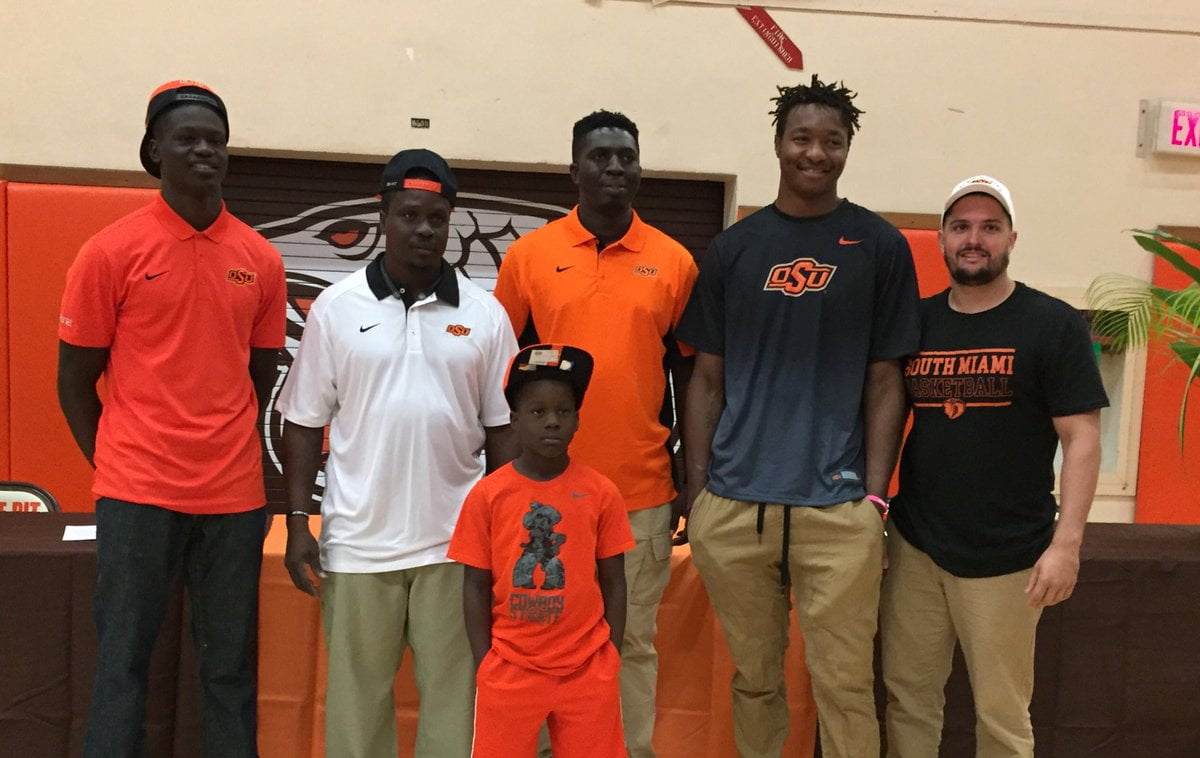 Dawson had previously committed to the Cowboys in June, but Brad Underwood and his staff came out of nowhere to grab Glover as well. Both players hail from Miami, Florida which is an area the Cowboys had (obviously) not tapped into much with Travis Ford as head coach.

Dawson, playing at South Miami High School, is a four-star 6’4, 180 lb. point guard with tremendous abilities. Dawson is blazing fast with the ball, displays elite athleticism in transition, and shows great vision getting his teammates the ball. He is also lengthy at 6’4 and disrupts most point guards on the defensive end.

Dawson should get immediate playing time in 2017 and may even be the starting point guard should Jawun Evans leave for the NBA. Even if Jawun doesn’t leave, Dawson can slot in at the 2-guard and play alongside Evans with his combo-guard size. Dawson is rated as the No. 70 player by ESPN in the class of ’17.

We already knew OSU was going to land him. What we didn’t know is who was coming with him.

Glover is a 6’7, 215 lb. wing that also possesses incredible athleticism, length, and outstanding strength at the small forward position. Glover can shoot it some, but will make an immediate impact in Stillwater because of his athleticism and physical presence on the wing. Watch him destroy a defender on the baseline.

Glover will also provide value on the defensive end, with his length and quickness. He should be able to guard multiple positions and will be a weapon in transition with Dawson in the coming years.

He’s a little bit of an unknown even though ESPN has him as a four-star player and the No. 15 player overall in the state of Florida (Dawson is No. 4). Even 247 has him highly ranked but with no interest (only Florida Gulf Coast was even remotely intrigued in him). Terry Tush of Go Pokes explains why.

He has been lightly recruited because he was unable to play throughout the summer after suffering a knee injury. The OSU coaching staff reportedly fell in love with Glover while they were watching Dawson.

All the tools are there for both Dawson and Glover to turn into stars at Oklahoma State, who should have 1-2 scholarship spots left for next year.

Underwood has had a solid week on the recruiting trail, adding Dawson and Glover today in addition to forward Souleymane Diakite a few days ago. Any worries that Underwood could recruit at this level in the Big 12 coming from Stephen F. Austin are quickly being resolved.