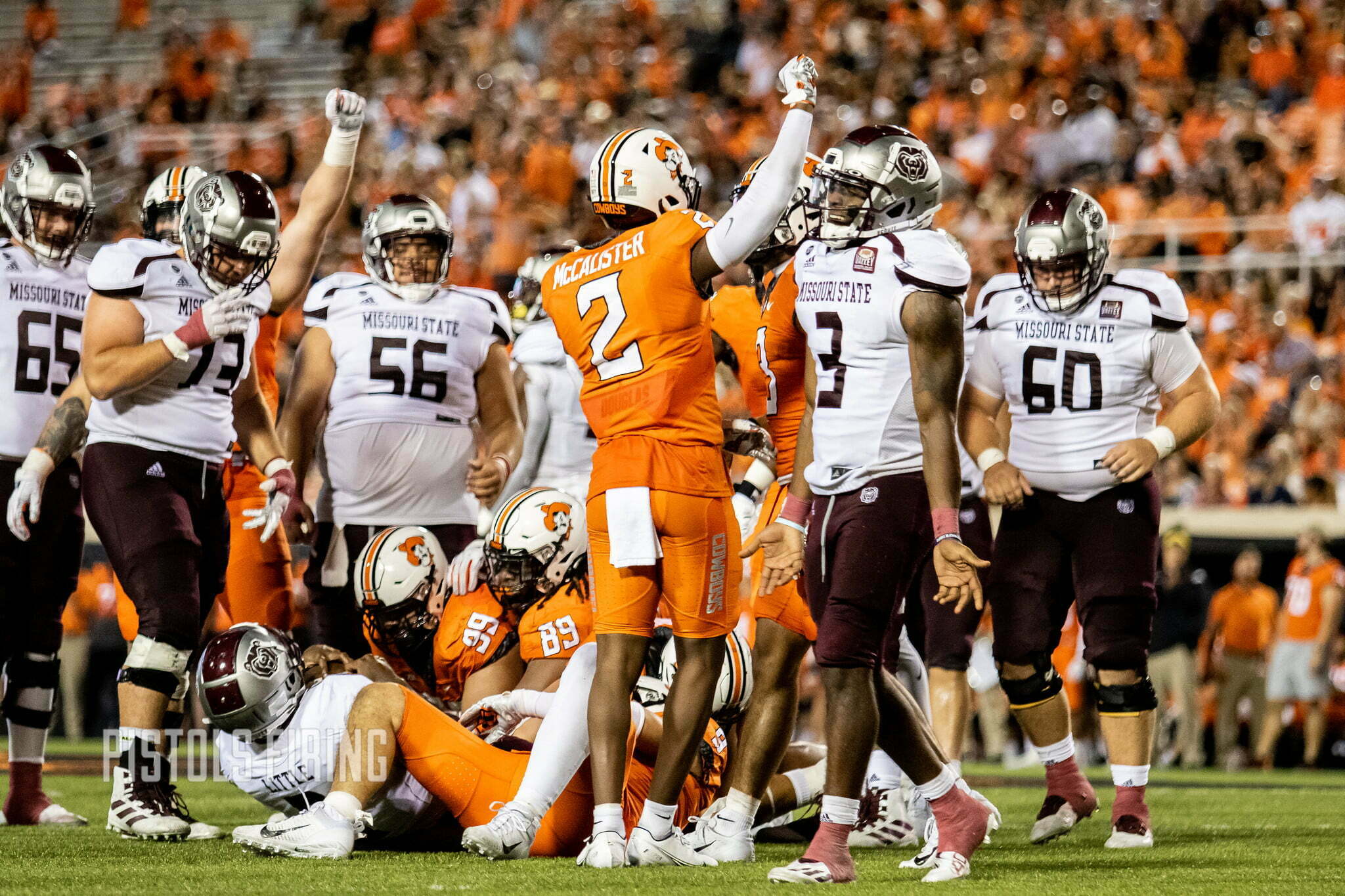 Tanner McCalister has started all 13 of the Cowboys’ games in 2021, and now he is in the transfer portal.

McCalister entered the portal Wednesday, according to multiple reports including Cody Nagel. McCalister has made 34 total tackles this season. He has five pass breakups and had a game-icing interception against Texas in Austin.

A senior with a remaining year of eligibility because of COVID, McCalister broke into the Cowboys’ lineup as a junior in 2020. That season he had 41 total tackles. He joined the Cowboys as a three-star prospect in the 2018 recruiting class out of Rockwall, Texas. He chose his offer to OSU over offers to Arkansas, Missouri, Mississippi State, Houston, TCU and others.

The future of the safety position at OSU is up in the air to an extent, but it’s promising regardless. Guys such as All-American Kolby Harvell-Peel and Tre Sterling have yet to announce their intentions about next season. Both are seniors but have an extra year of eligibility. Playmaker Jason Taylor II is only a redshirt junior.

The position group also has a handful of guys who have played roles in recent years biding their times to become regular starters, such as Thomas Harper, Kanion Williams, Sean Michael Flanagan and Trey Rucker. There are also promising young prospects in Kendal Daniels, Ty Williams, Nick Sessions and Lyrik Rawls.