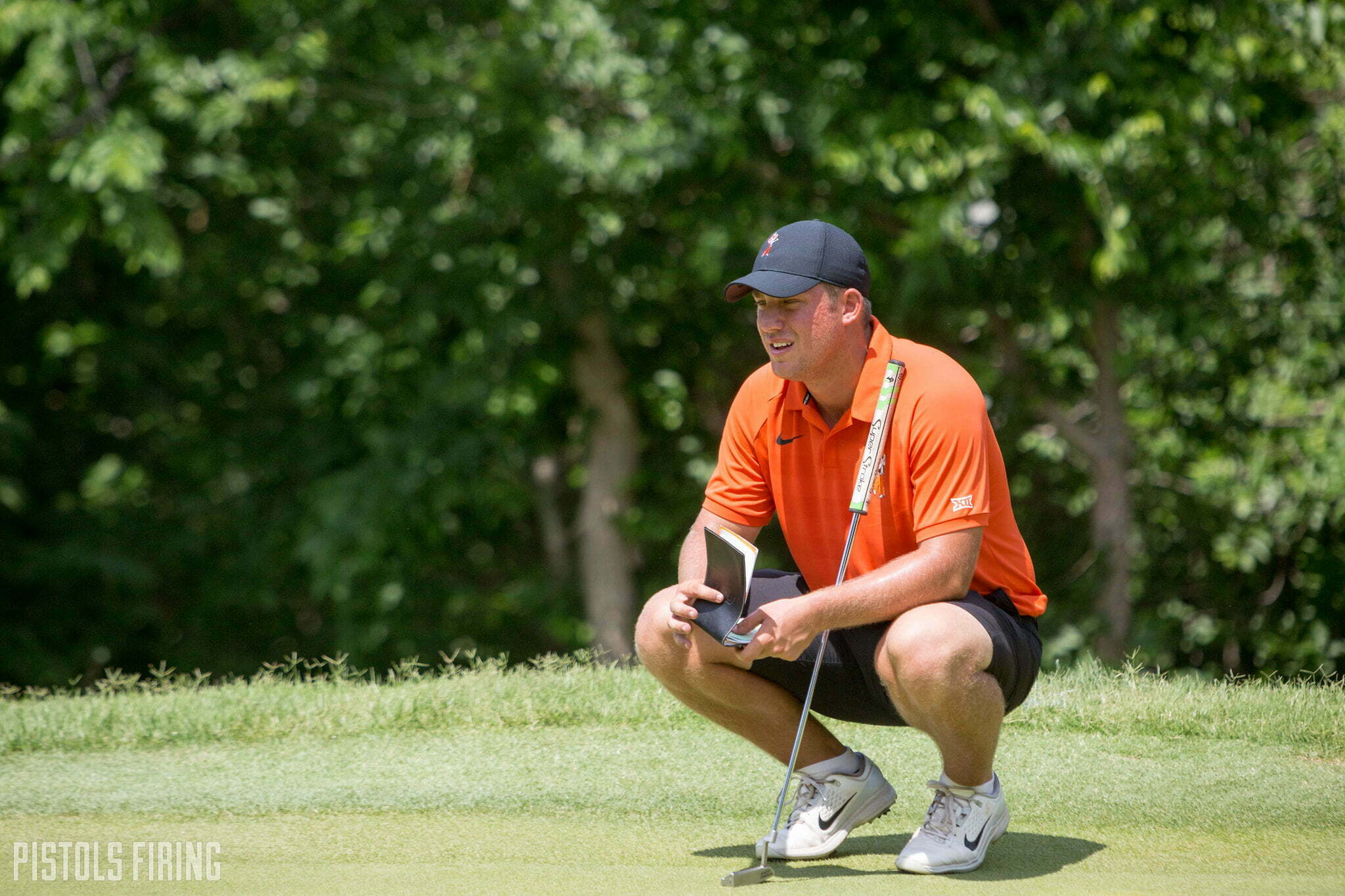 Oklahoma State’s men’s golf team accomplished nearly the only thing it didn’t accomplish in 2019, winning the Big 12 title. The Swinging Petes ran away from the Swinging Frogs and the rest of the field on Sunday at The Greenbrier with a 1-over 281 to finish at 13 under and take the Big 12 by 11 strokes over TCU (the only other team to finish under par).

Amazingly, neither Masters low am Viktor Hovland nor  five-time winner this season Matthew Wolff won the individual portion of this tournament, although both finished in the top 10. Hovland fired a 7-under 203 but came up one stroke short of TCU’s Hayden Springer. Wolff finished in seventh alone after a 2-under 208.

Here are the pre-NCAA regionals season totals for that duo.

On the whole OSU notched its fifth win of the season and 55th conference crown but first since 2011 (!). They got strong performances from the rest of the squad, too, as they avenged their big slip-up last season.

No other teams had three players in the top 15, and OSU had four. It has been an amazing two-year run for these Pokes in the postseason. And they’ll try to continue it here in a few weeks (on May 13-15) at the NCAA Regionals, which they won last year.

They’ll be the No. 1-ranked team in the country and the favorites no matter which regional they end up at, and a win would be their sixth of the year.

Here’s a look at the six possibilities.

My personal choice would be the Texas regional so OSU can pound them yet again (they won by 15 at the Big 12s) and this time on their own turf. Regardless, OSU has two more hurdles (NCAA regionals and the NCAA finals) to become one of the historically great teams in its storied golf history with back-to-back crowns to go with a myriad of other individual and team achievements over the past two years.

Two more tournaments before Wolff (and presumably Hovland?) turns pro and an opportunity to be the first OSU group to ever win back-to-back NCAAs fades away. It’s already been a tremendous year, but that would be an all-time ending.