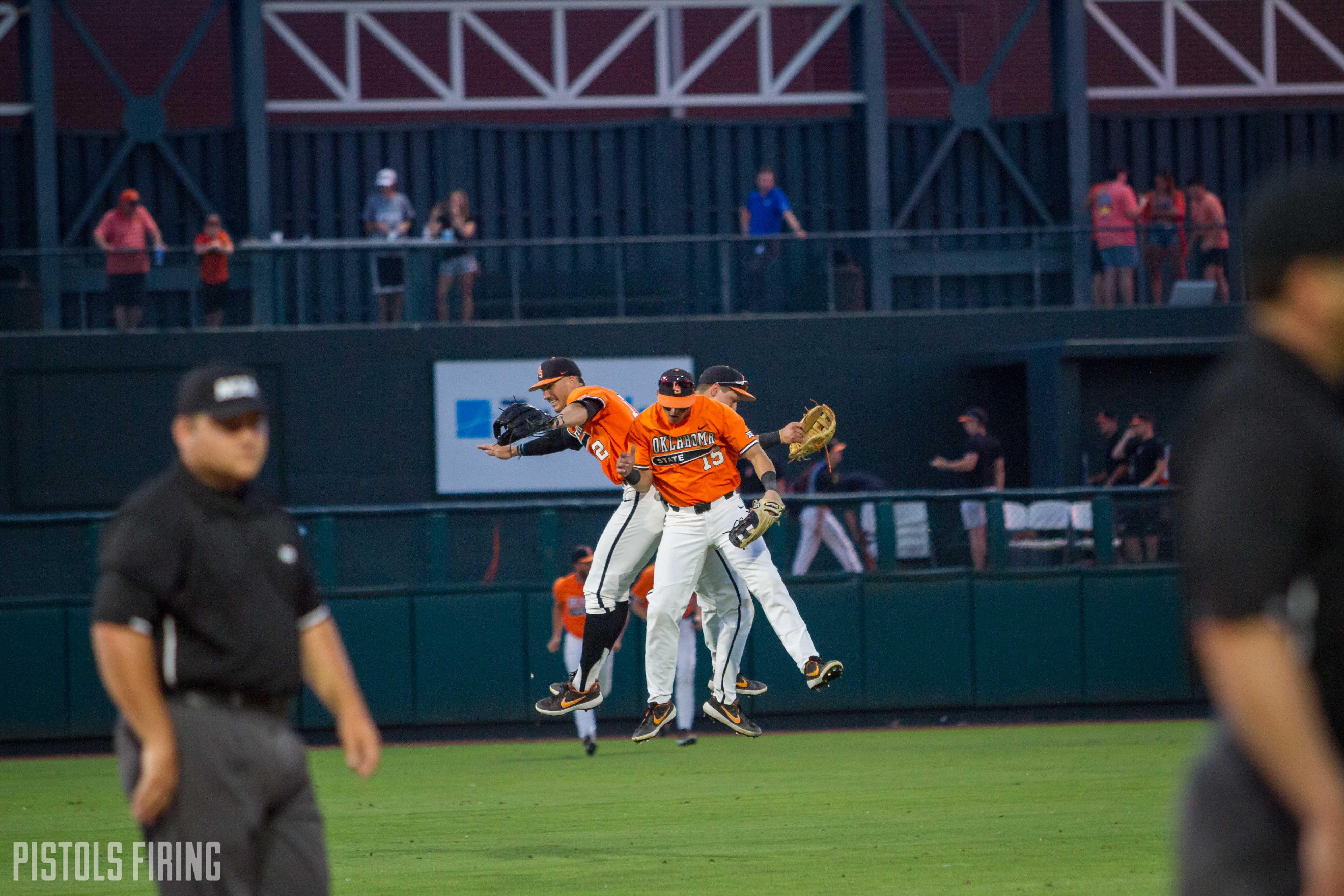 It wasn’t in typical Oklahoma State fashion, but the Cowboys got the W in OKC on Friday night.

Oklahoma State shutout Harvard in the opening round of the Oklahoma City Regional two runs to none, in a stingy defensive effort by both teams. OSU moves to just 6-15 when scoring fewer than five runs.

It was the lowest scoring output for the Cowboys since their 2-3 loss to Oklahoma back on May 11, their first of now seven games inside Chicksaw Bricktown Ball Park this year. OSU is now 5-2 in Bricktown on the season.

Oklahoma State got its scoring done in the first and the fourth.

Colin Simpson hit a rocket down the right field line to advance runners to second and third and then Andrew Navigato paid if off with a ground-out to score Christian Funk and put the Pokes on the board. OSU is now 18-6 on the year when scoring first.

After giving up that first-inning run, Bigge retired nine-straight batters before a Navigato fourth-inning single. That brought Trevor Boone, who singled up the middle to move Navigato to third. He would score on Bigge’s 15th wild pitch of the season.

Each team’s starting pitcher threw exactly 103 pitches. And even though Elliott had the benefit of a 2-0 lead when each headed to his respective dugout for good, both were impressive.

Elliott’s reliever, Peyton Battenfield pitched a 1-2-3 eighth inning but faced a bit of drama in the ninth.

The Crimson’s Patrick McColl came into this game with a .399 batting average, the fourth-best of any player in the NCAA Tournament. He went 0-for-3 against Jensen Elliott but stepped to the plate as the tying runner in the top of the ninth. It took seven pitches, but Battenfield struck him out swinging.

The game-saving out wasn’t so tough. It took three pitches to get three strikes. Battenfield retired Jake Suddleson for his fourth save of the year and OSU’s seventh shutout.

What’s next: The Cowboys move to the winner’s bracket and will take on Nebraska Saturday at 7 p.m.

ICYMI: Highlights from the Cowboys' shutout of Harvard in the opening round of the NCAA OKC Regional #GoPokes #okstate pic.twitter.com/lkIhPMEqx0