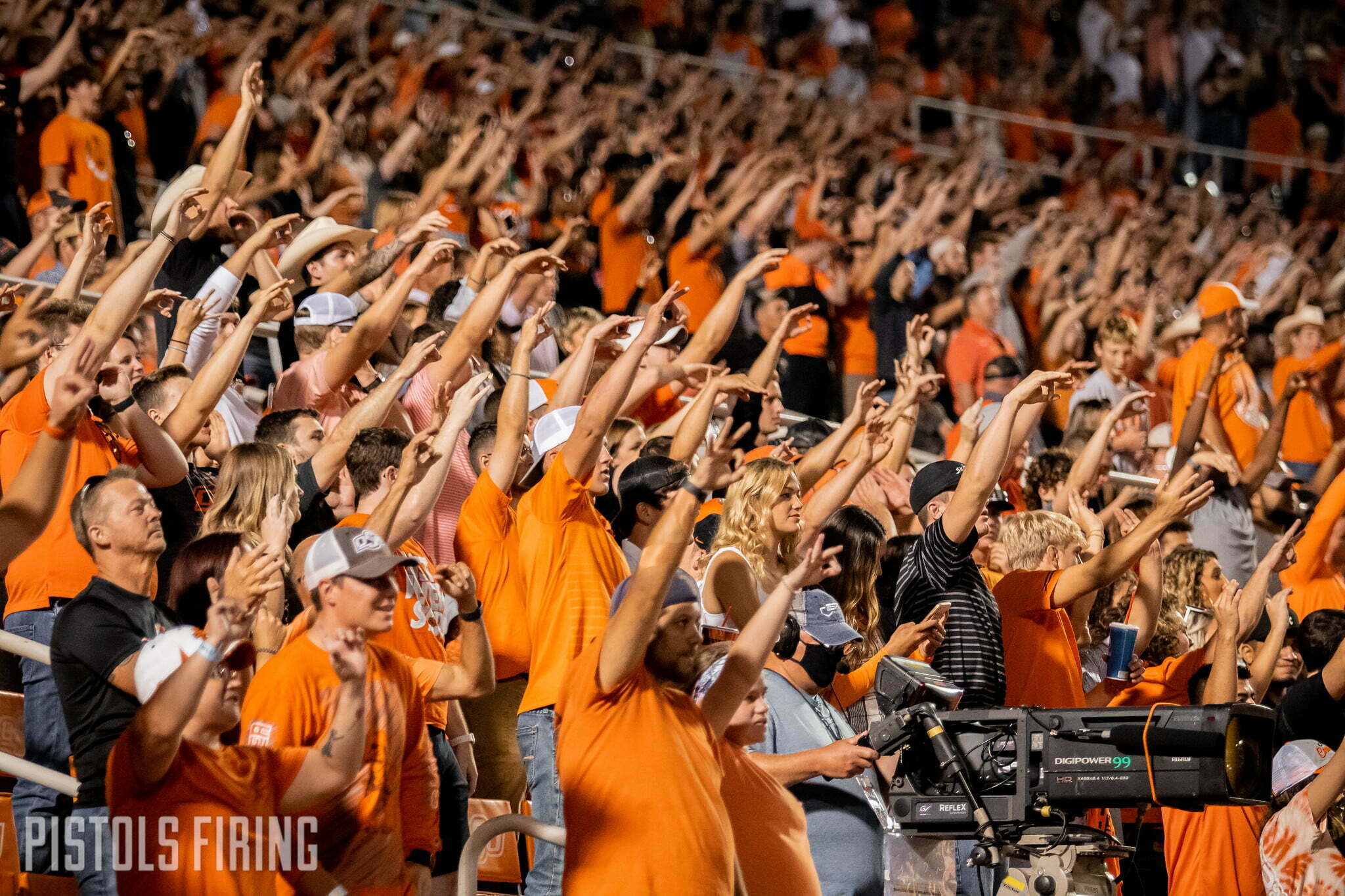 We’ve seen Boone Pickens Stadium get the stripe treatment, but how about going all black?

On Sunday, Oklahoma State released this promotional video, tipping its hand to a special blackout theme for its penultimate home game of 2021 against TCU on Nov. 13.

The blackout will also coincide with OSU honoring its all-time greatest Cowboy. Barry Sanders will be inducted into the school’s ring of honor that Saturday and, whether it happens in two weeks or at a later date, OSU has commissioned a statue of the ?. It looks like we might get that reveal then too.

Another exciting reveal was teased at the end of that clip. With a blackout of the stadium could we see a special edition all-black uniform combo? Perhaps another striking throwback.

Perhaps something similar to this.

Or some new version of this for Barry?