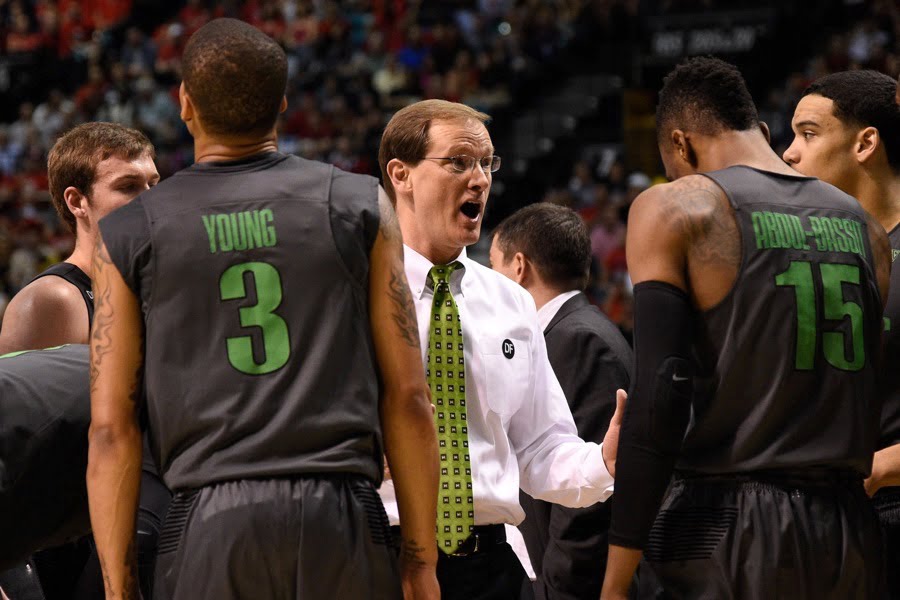 There was a bit of angst as the selection committee moved through three regions without calling Oklahoma State’s name. East? Nope. South? Negative. Midwest? Nada.

But this team was never being left out. In fact, the committee had them as the 34th-ranked team in the country. Seriously, 18-13 and ranked No. 34!

Instead, for its efforts this season, OSU gets 25-9 Oregon in a rematch of the Pokes’ first round matchup in 2013.[1. I wish I was writing about postseason rematches against Oregon in football instead.] The game will be played on Friday.

OSU is the No. 9 seed in the West Region with Oregon (obviously) being seeded No. 8. The winner will face Wisconsin (the No. 1 seed) in the second round.

I wanted OSU to get to Omaha so bad this year, but like…in June

Here’s a look at the bracket: 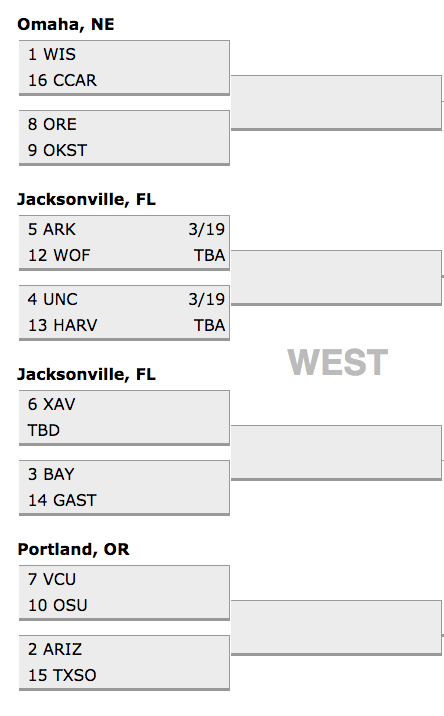 The Ducks are No. 46 in KenPom’s rankings (OSU is No. 37). The only common opponent the two teams have is Oregon State. Oregon beat them twice. Oklahoma State beat them once.

This is a random, amazing stat.

Oklahoma State has the least amount of wins among teams not playing opening round games, only Hampton has less in the whole field.

Doug Gottlieb joked on the selection show that the Cowboy should take down the Ducks. “If Phil Forte figures out his jump shot and stops shooting like I used to shoot, Oklahoma State could move on and face Wisconsin,” said Gottlieb.

Jokes aside, I’m afraid I’ve seen this movie before.

OSU limps into the postseason and gets a pretty average team from the west coast in the 8/9 game with a date against a No. 1 seed on tap.

Yeah, I know how that ends.