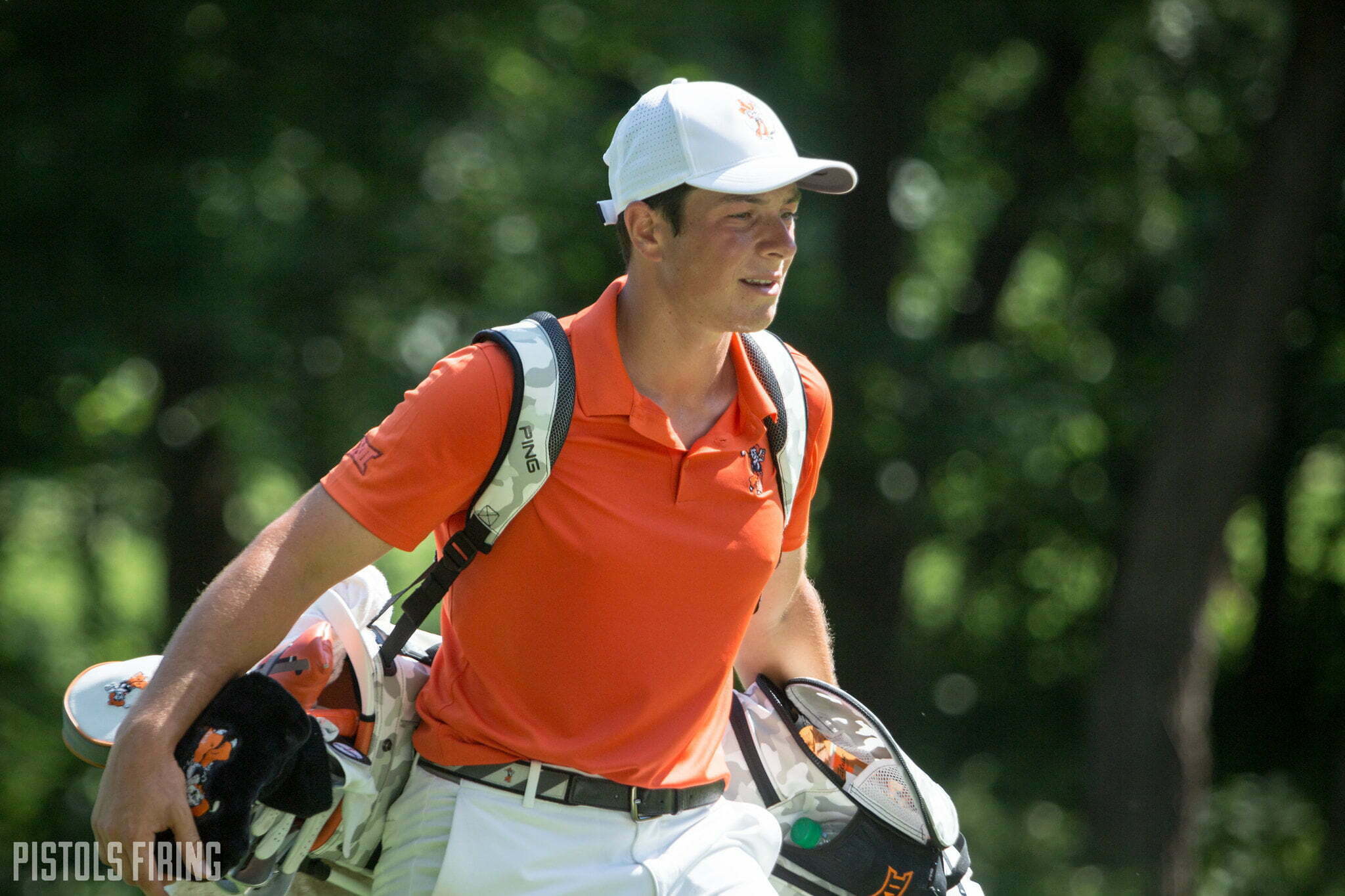 The bad news is that Oklahoma State is down to No. 11 Auburn following the first of three days at the Louisville Regional. The good news is that it doesn’t matter.

The Pokes shot 6 under on Monday at University of Louisville Golf Club in Simpsonville, Kentucky and are two back of Auburn, which shot 8 under. The Pokes are up two on Louisville and Baylor and eight on West Virginia. They’re nine clear of Arizona, which is in sixth.

And that gets at why this first round score doesn’t much matter. First, it’s a first round score, and there’s a ton of golf left. But also, all the Cowboys have to do is finish in the top five to advance to the NCAAs, their ultimate goal. They’re nine clear of that right now and poised to separate on Tuesday and Wednesday.

The real news out of Kentucky on Monday is that OSU didn’t even use Matthew Wolff’s first round score of 72. You count your low four (of five), and Wolff’s 1-over number was not among them. Instead they were led by Masters low am Viktor Hovland.

It didn’t start like that for Wolff. He shot a 31 on the front side of the course before coming a little unraveled on the back. He followed his 31 with a 41 (!) on the back nine that included a bogey and three doubles. Not good! Still, the front nine of 31 was enough to buoy him, and he’s T26 after 18 holes.

So there is work to be done for these Cowboys if they want to win their 14th regional title this weekend. Auburn is formidable, and while the Pokes won’t be denied from making it to the NCAAs, they could be kept from what would be their sixth win of another historic season. 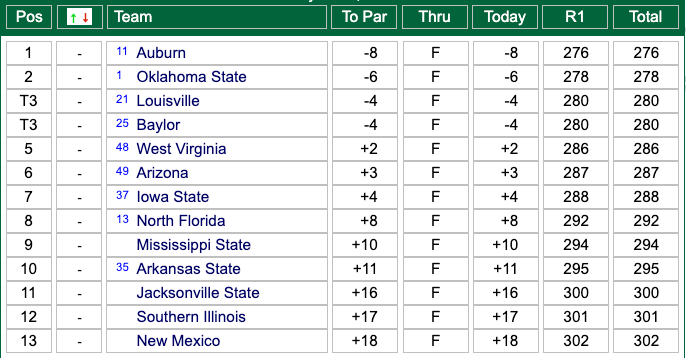 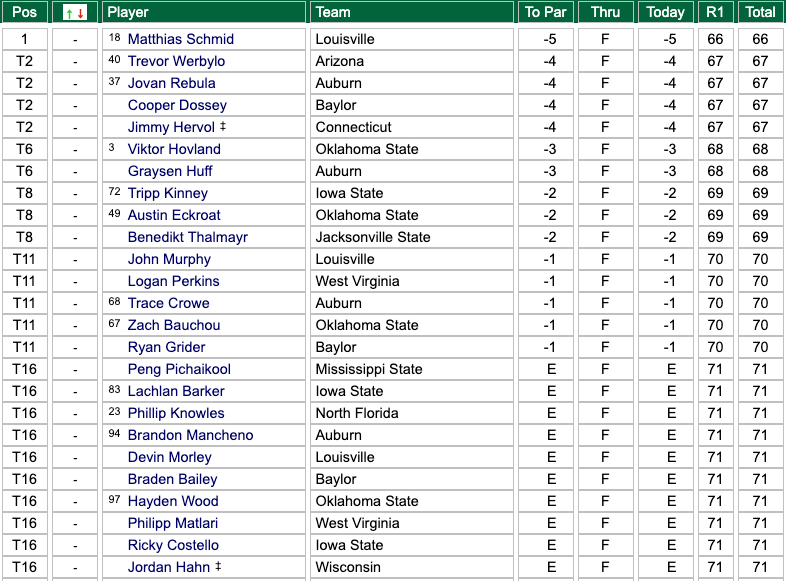