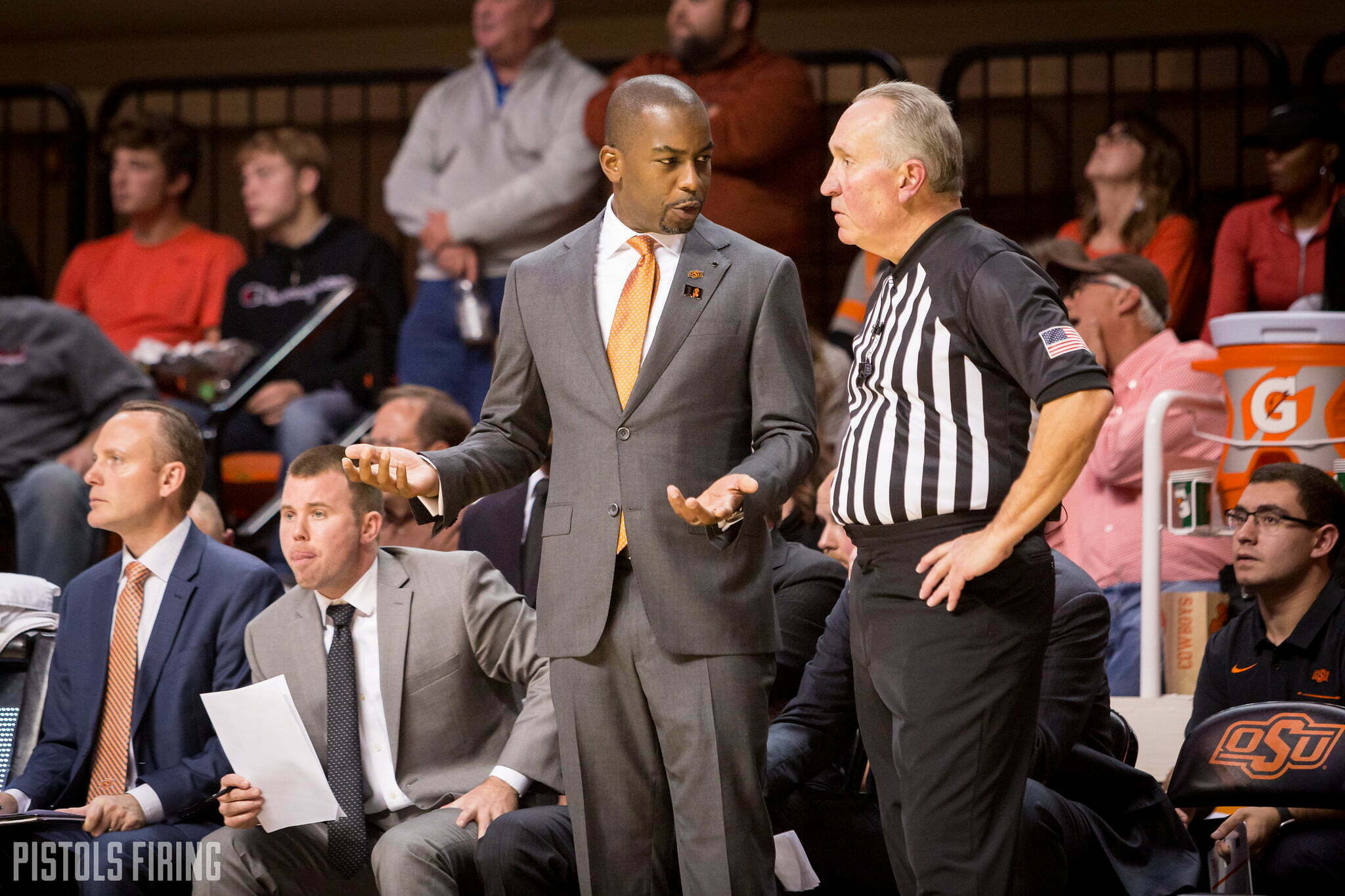 With Yor Anei and Hidde Roessink transferring from Oklahoma State, it’s left the Cowboys a little thin in the front court, but that group could get bolstered soon.

On Monday, Rivals’ national writers Corey Evans and Eric Bossi each picked that Bernard Kouma will end up in Stillwater. Kouma is a 6-foot-10 center who played at South Plains College last season.

Kouma would fill the 13th and final scholarship for the Cowboys for the 2020-21 season.

Kouma was initially a member of the 2019 class, where he signed with Brad Underwood’s Illinois program. He didn’t end up in Champaign, though, after some academic mishap apparently involving the validation of certain credits in Chad, his home country in Africa.

So, Kouma went to South Plains College in Texas. With the Texans last season, he averaged 4.1 points and 3.8 rebounds a game and did so shooting 57.3%. Those numbers themselves aren’t totally eye-popping, but he did put up a season-high 19 points against Lamar State College on Nov. 9, showing he has potential.

Kouma also spent time not too far from Mike Boynton’s neck of the woods. Kouma played high school ball at Christ Our Savior Lutheran in the Bronx.

If this goes through as the Rivals guys expect, Kouma would be a welcome addition to the Cowboys’ frontcourt that needs more size. Kalib Boone is likely to start at center, but apart from him and incoming freshman Montreal Pena, OSU’s other bigs are sort of post/wing hybrids.

Kouma would also add some girth down low, being that he is listed at 260 pounds.

It isn’t set in stone yet, but it’s a promising look. When many flipped their predictions for Cade Cunningham from OSU to Kentucky after Cunningham’s visit to Lexington, Bossi and Evans held steady and it proved to be right.

This has come out of nowhere, seemingly, but it makes a lot of sense. OSU needed a big, there’s a connection between Illinois and Oklahoma State, and now some national analyst are predicting it’ll happen.