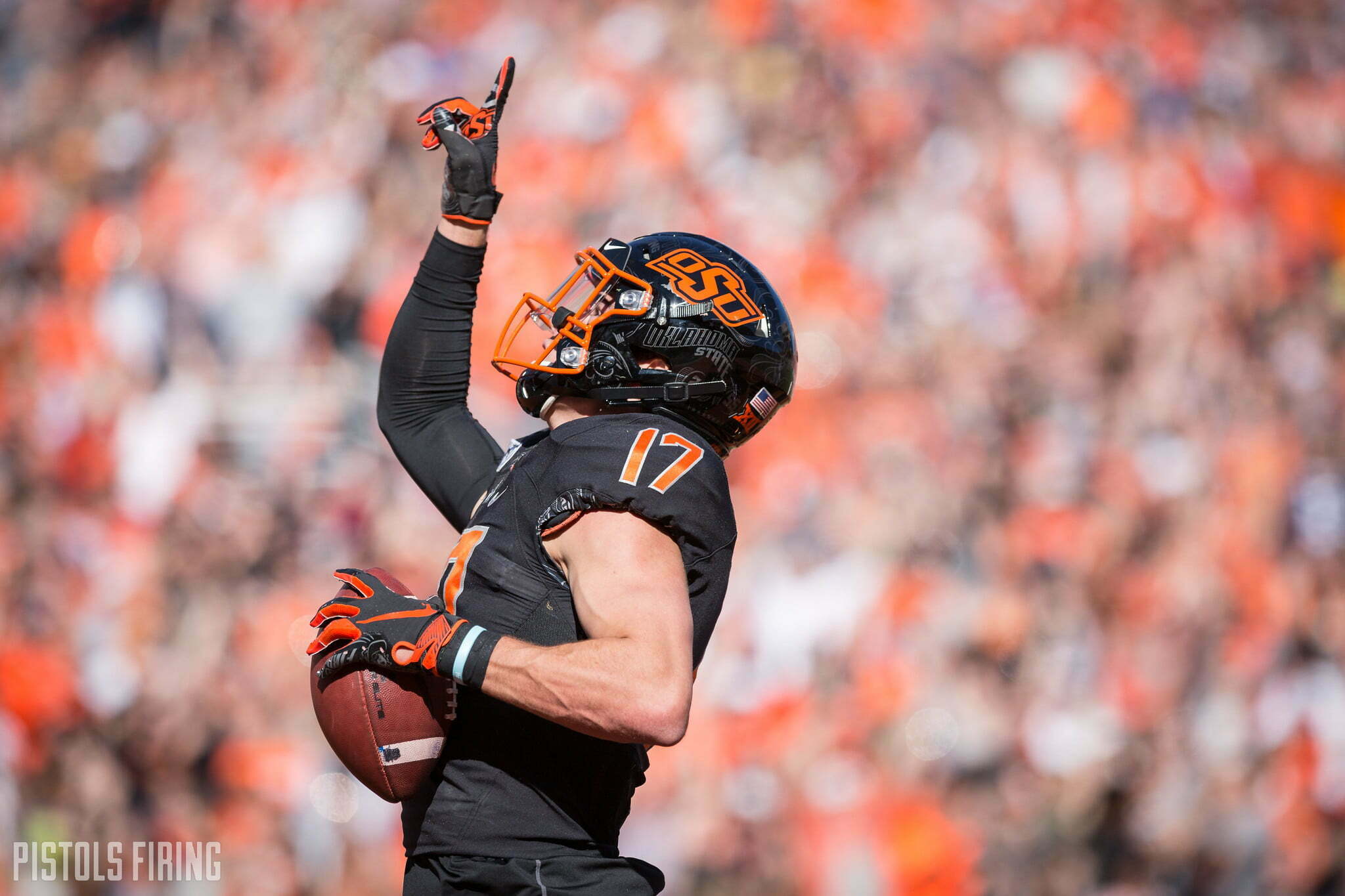 The Cowboys continue to climb while being stuck on the sidelines.

Oklahoma State moved up to No. 6 in this week’s Amway Coaches Poll, up from No. 7 in Week 6. This comes despite the Pokes being grounded after their game against Baylor was postponed because of COVID.

At just 3-0 with wins over Tulsa, West Virginia and Kansas, the Cowboys probably have never been so highly ranked while simultaneously being so little tested. But Tulsa (1-1) did take down UCF while West Virginia is off to a 3-1 start through its early slate (wins over Eastern Kentucky, Baylor and Kansas). KU is, well, KU, 0-4.

But that should all change this upcoming weekend (🤞🤞🤞) with the Cowboys set to face their first ranked opponent, No. 18 Iowa State (a David that toppled the Crimson Philistine earlier this year).

Joining OSU and ISU in the poll from the Big 12 is No. 19 Kansas State, still on the Cowboys’ slate for early November.