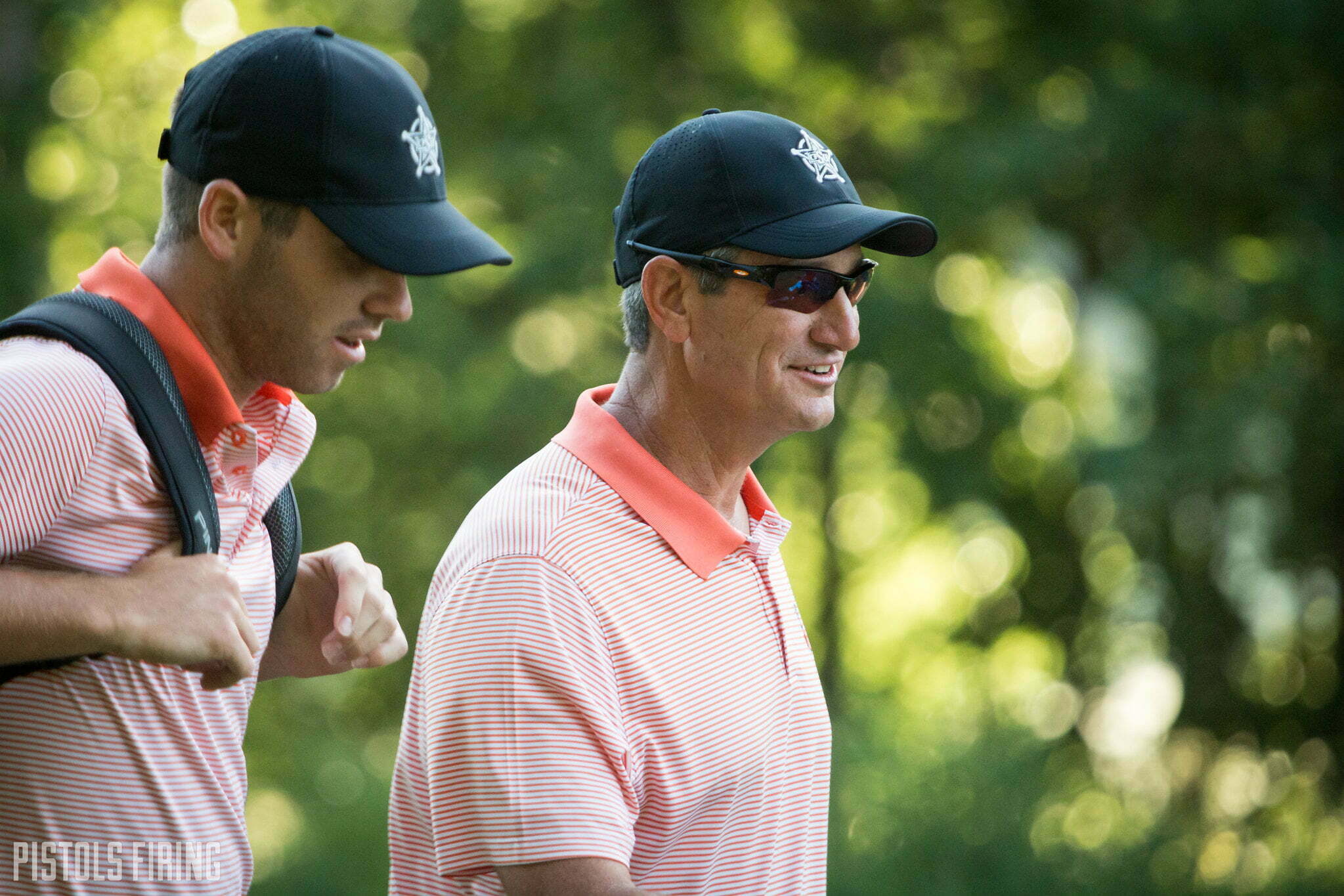 Oklahoma State’s golf team needed a big final round on Wednesday at the Louisville Regional to claim its 14th regional title and fifth in the last six seasons, and they got it with a 7-under 277. That was good enough to get to 14 under on the week and beat Auburn (-10) by four strokes after trailing the Tigers by eight going into the final 18 holes. Baylor was the only other team to finish under par at 7 under for the week.

The Cowboys closed with authority, too, which is what I’d expect from one of the all-time great OSU squads. After their four counting players shot 4 over on the front nine on Wednesday they shot 11 under (!) with 12 birdies and just one bogey on the back for the win.

The Pokes were led on Wednesday by Austin Eckroat who fired a 4-under 67 to finish T6 on the week. He was beaten on the leaderboard only by Viktor Hovland, who finished at 1 under on the day and 6 under on the week to slide into T2, one behind Iowa State’s Tripp Kinney.

Matthew Wolff shot an even-par 71 to finish T18. OSU needed all four of the birdies he made in the last six holes though as they beat Auburn by that exact number.

The victory was the Cowboys’ sixth (!) on the year with only the NCAA Championship Blessings Golf Club in Fayetteville, Arkansas left to play.

At the #NCAAGolf Regional in Louisville, Viktor Hovland of @OSUCowboyGolf finished T-2 (-6), 1 shot out of 1st for the 2nd straight event. For the year, he had 3 wins, 2 runner-up showings, 8 top-10s and a 68.59 scoring average. #HoganFinalists pic.twitter.com/vsvxkidVFp

The T2 was Hovland’s fifth (!) top-two finish in eight starts on the season. He hasn’t finished worse than eighth in any stroke play tournament on the season. I repeat, Viktor Hovland has played in eight stroke play events this year and not finished outside the top 10 in any of them. He has three wins and two runner-up finishes.

So now the Pokes head to NCAAs for the 72nd time in 73 seasons. Following national title No. 11 in Stillwater last season, they’ll roll for No. 12 on May 24-29 and they’ll do so as the No. 1 team in the country and the heavy favorite to repeat. 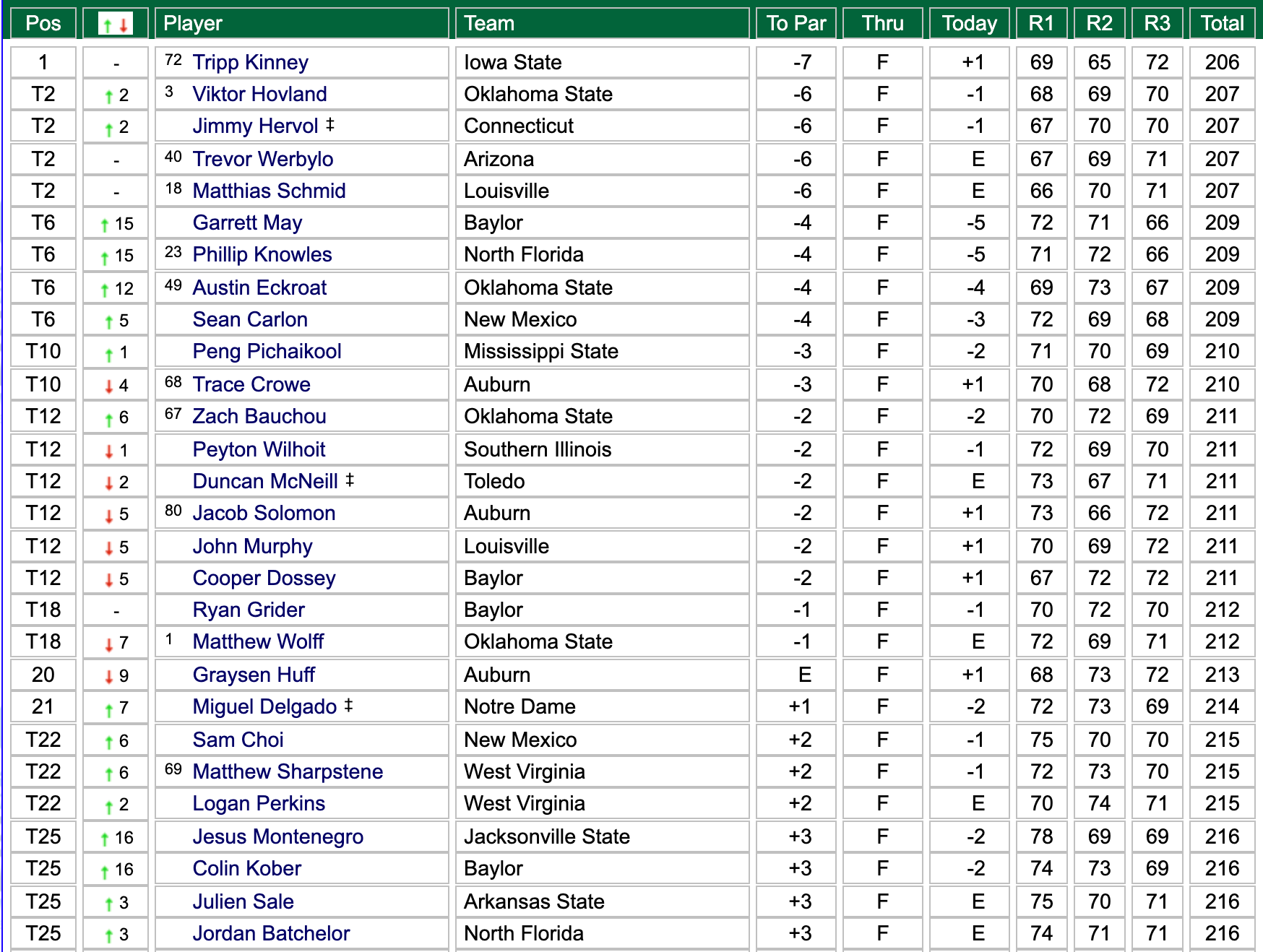