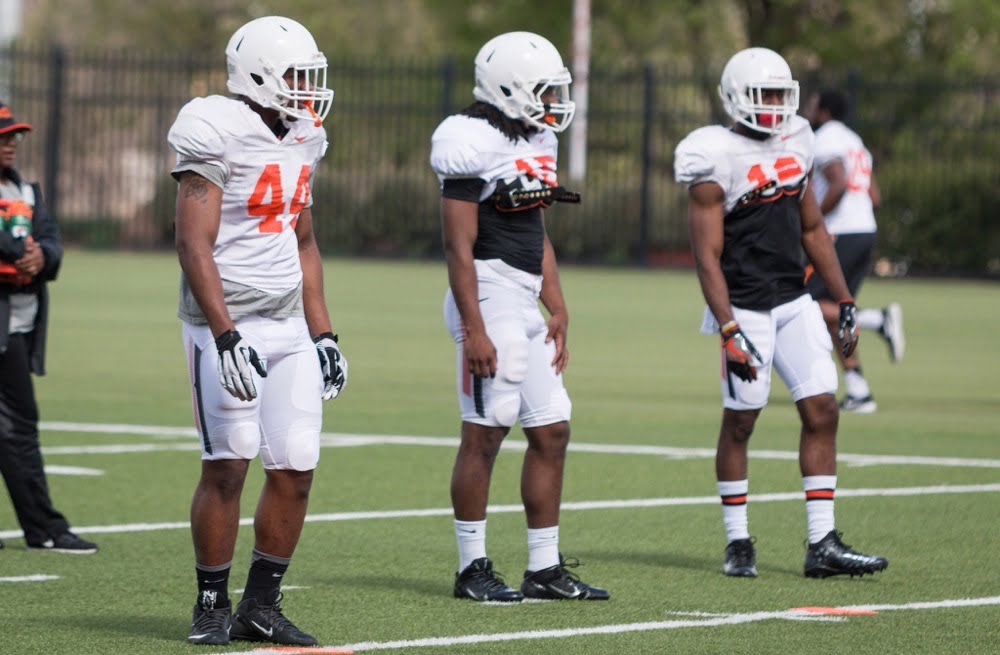 Jordan Burton and Devante Averette, former starting linebackers on the Oklahoma State football team, are gone, but the coming crew might prove to be the strongest among any defensive position for the Cowboys in 2017.

Chad Whitener, a All-Big 12 second team honoree last year, will spearhead the group. He had 71 tackles last year and started 12 games. Everyone will point to him as the lone standout backer returning, but, though he is the most experienced, that isn’t the case. The Cowboys have potentially seven other guys who can step in and play. There are several takeaways here:

“He’ll be a legit dude for us,” Phillips said. “Special teams as well. He’ll find a role on the team, and he’ll definitely be a playmaker.”

Coach Mike Gundy said linebacker is certainly not an area of concern at the moment, particularly with the Cowboys’ options at cornerback this coming season (although that need has been assuaged with Clemson transfer Adrian Baker). He said besides Whitener, the challenge is going to be inside run support.

Phillips came in as OSU’s second inside linebacker late last season, but he seemed out of place. Not because of his skill, but because of his size. Phillips is listed at 6-foot, 230 pounds. Whitener is at the same height and 10 pounds heavier. Phillips certainly looks a lot smaller than Whitener, though.

Macon could be that missing guy.

“I’m glad you reminded me about him,” Gundy said. “Made me feel better.

“He’s a guy that’s just getting in shape right now. When he came in here, he was a long ways from being able to compete in spring ball. And so the reason I’d actually forgotten about him is just in the last couple practices, he’s started to show up, and we need him to do that to give Chad a break.”

Outside the tackles though, the Cowboys are set. Edison-McGruder, coming from safety, has good speed for his size (6-0, 220). Sophomore Calvin Bundage (6-2, 205) showed outstanding quickness as a freshman, and senior Kirk Tucker’s imprint has been felt most on special teams. He will most likely be used at times against scat running backs, given his stature (6-1, 200).

Gundy said a couple of those leaner linebackers just lack the experience and knowledge to be standouts.

“Those guys can really run,” Gundy said. “Now, I don’t know if they know where they’re going, or what direction, or how to get there, but they can run fast, and that’s what we have to coach ’em up for.”