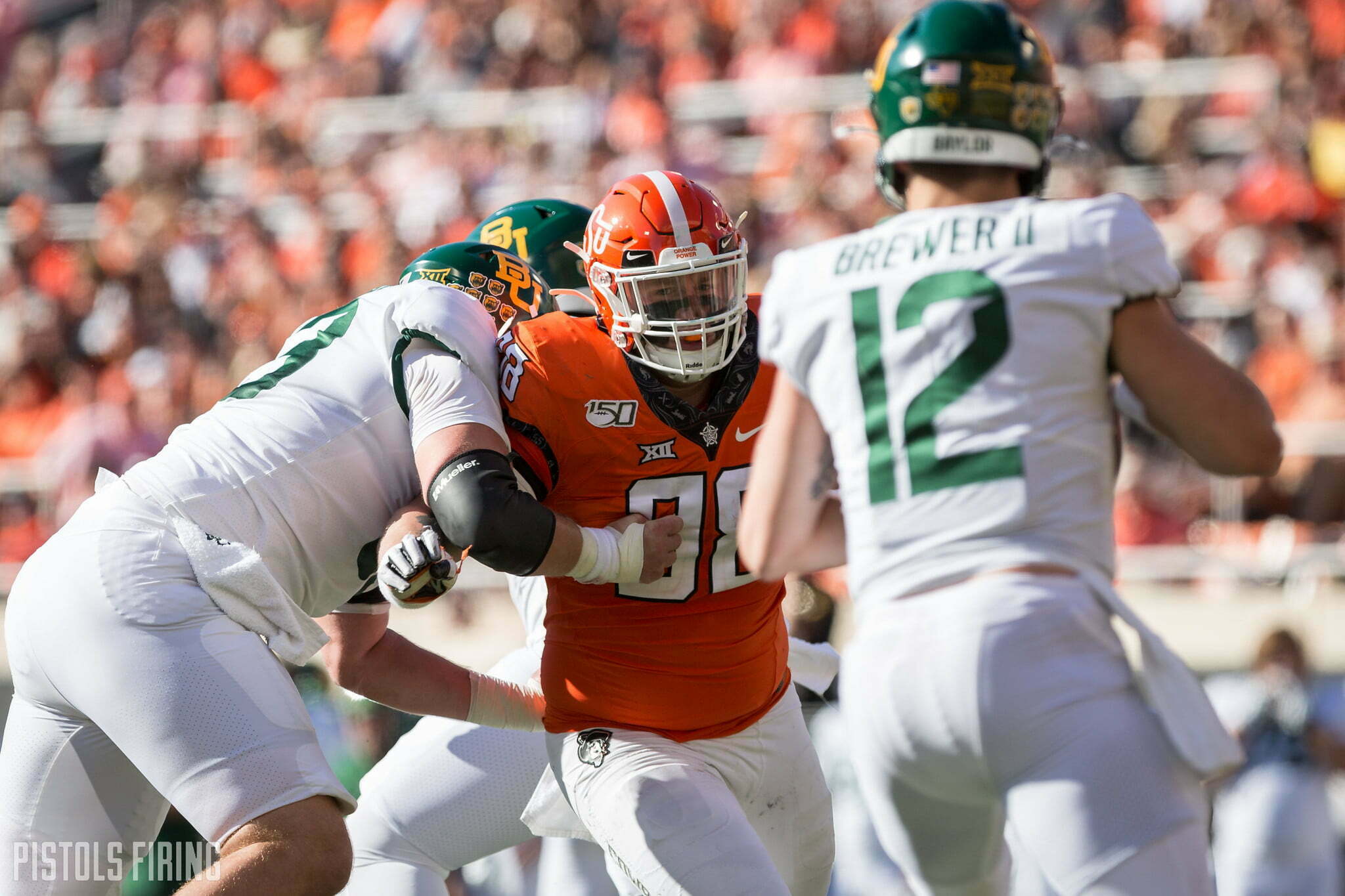 Oklahoma State’s matchup against Baylor has been postponed from next Saturday to Dec. 12 because of a “significant increase in positive COVID-19 cases” among the Baylor football program.

“We are disappointed to postpone another game,” Baylor athletic director Mack Rhoades said. “However, the significant increase in positive COVID-19 cases has led to concerns of an outbreak and the decision to suspend team practice through Oct. 17. Secondly, this has caused a position group to fall below the minimum threshold of available players.

“Though this is an unfortunate outcome, we remain determined to return to the field in the safest manner possible. Thank you to Commissioner [Bob] Bowlsby and Oklahoma State AD Mike Holder for their cooperation in rescheduling this matchup.”

This game moving dates could also affect the Big 12 Championship, which was scheduled to be played Dec. 12 or Dec. 19. OSU is a favorite, at this point, to play in the conference’s championship game, so if the Cowboys were one of the two teams eligible for the game, it would be moved back to Dec. 19.

On Thursday, Baylor announced it was suspending team activities because of an increase of positive cases.

The Bears already had their nonconference game canceled. BU was supposed to play Houston to start the season, but that game was moved after the Baylor did not meet the Big 12’s COVID-19 game cancelation thresholds.

OSU’s next scheduled game is against Iowa State on Oct. 24 at home.