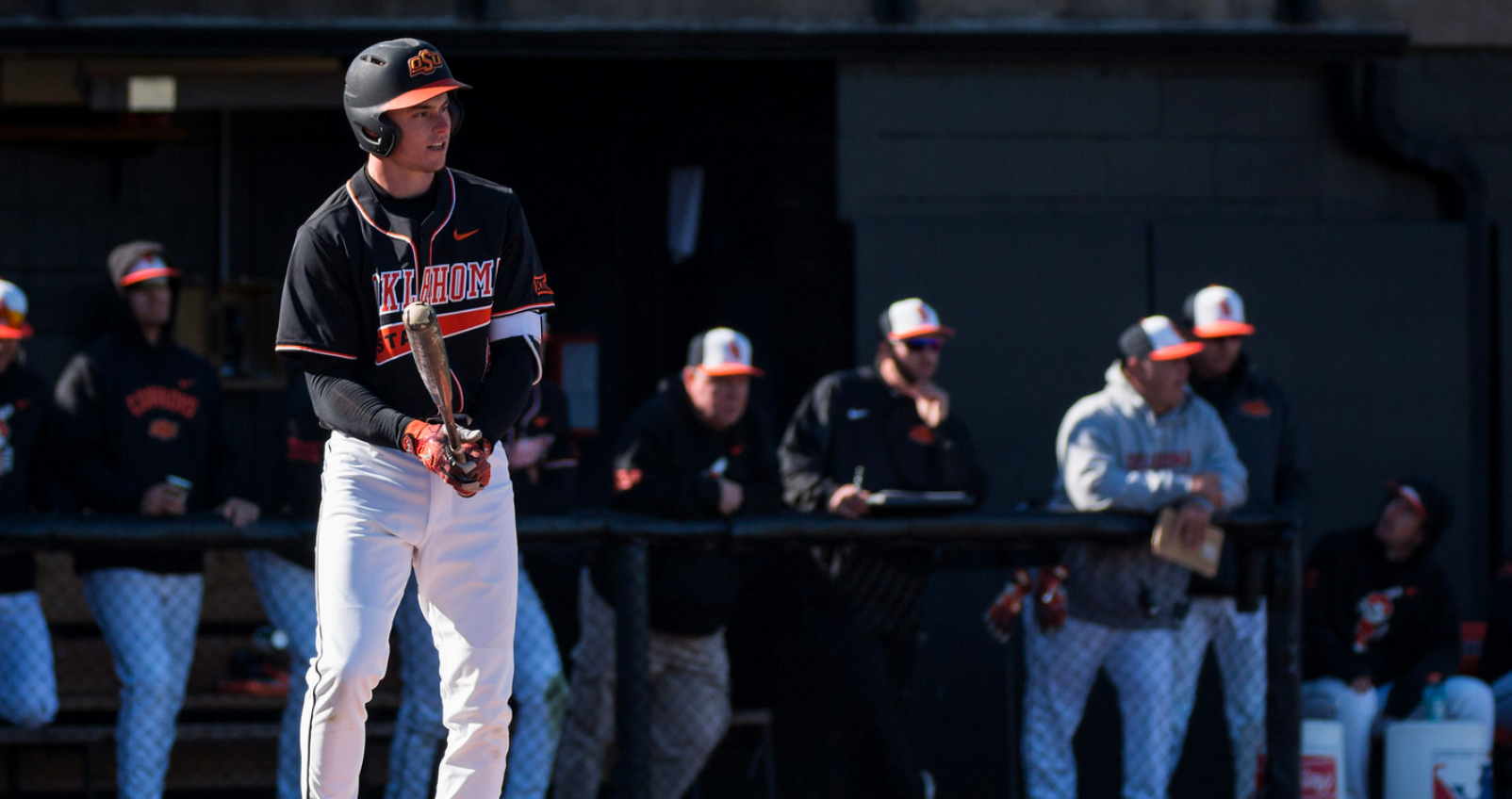 Although the Oklahoma State baseball team is in a rut, its ability to hit home runs is not.

They got long balls from Dustin Williams, Garrett Benge and a pair from Colin Simpson, but they lost 9-8 on Sunday and lost the series against West Virginia. OSU is 1-5 in conference games this season, which is the worst start under coach Josh Holliday. He and the players agreed that they are “close.”

Not one OSU run was scored Sunday that didn’t come on a home run. Simpson, who has hit three in the past two games, said living and dying by the base-trotter is something that is joked about in the locker room but is almost reality.

“When it comes down to it, today we hit four home runs, and that’s the reason it kept us in the game,” Simpson said.

Williams got a hold of his first home run of his senior season. He has been known to launch a couple over the walls at Allie P. Reynolds Stadium, but this season, he is hitting just .231, which is fourth worst on the team.

Holliday said it’s a “hope” that Williams’ blast will propel him back to his hitting ways. Williams said he, along with the rest of the Cowboys, is just trying to get the barrel on the ball.

“I don’t think it was anything in particular necessarily, but I think everybody did a really good job of just trying to simplify that down to barreling everything up,” Williams said.

But it took until the bottom of the eighth inning for the Cowboys to make a serious claim for a comeback. They were down by four or more runs for five innings, but after Simpson’s second shot, a 2-run blast over the right-field wall, there seemed to be a pulse.

Bryce Fischer pinch-hit and came through with an RBI single to round out a 3-run eighth inning, and Benge’s homer came in the bottom of the ninth. The Cowboys seemed to have mounted a comeback like the Mountaineers had done to them Saturday. Simpson was back up to the plate as the tying run with a chance for his third home run of the game, but he popped out to end it.

Holliday said he liked the competitiveness there at the end.

“We were close yesterday and had it get away, and today, even though we got a little gap in there, we chose to fight,” Holliday said. “The kids did a good job of getting the tying run to home plate in the ninth inning, and we had the right guy at home plate.”

Simpson said his spike in production has come thanks to his work with hitting coach James Vilade. He has been working on keeping his chin down on the ball when swinging, and that has made a huge difference. Holliday said when he gets the pitch he is looking for, he has a good chance of driving it out.

“The second ball I hit, if you watch, as I was rounding third I said, ‘I kept my chin down,'” Simpson said. “I gave him a high-five.”

Home runs are better than no home runs, Holliday said, but that means nothing if the Cowboys aren’t winning. Benge said the excitement grew quickly in the OSU dugout for the final couple of innings. He said he felt the Mountaineers’ anxiety having given up his 2-run homer with Simpson back up, but they just couldn’t finish it out.