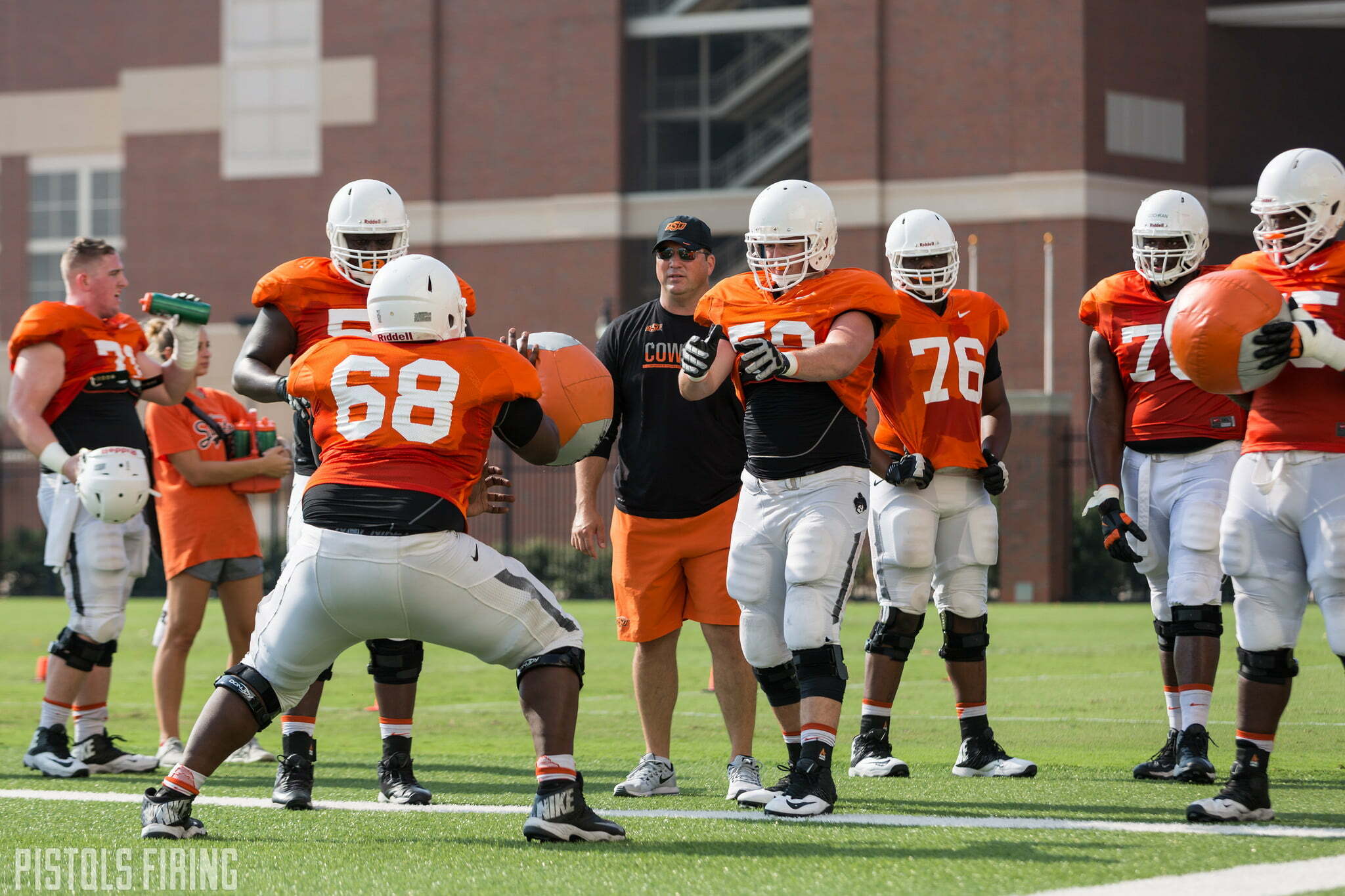 Remember this time a year ago? There was so much angst about a run game coming off a 2015 season in which it averaged a paltry 3.58 yards per carry, good for No. 114 in the country that year.

And to be honest, 2016 didn’t start all that much better. Here were OSU’s game-by-game averages over the first half of the regular season last year in terms of yards per carry.

But Hill and Chris Carson both ran for seven a carry, and it was lights out from there for the rest of the season for the Cowboys in the run game.

That 5.5 number the second half of the year would have ranked top 15 in the country. That’s some 2011 stuff from the Cowboys. And this season will depend on them keeping it up. As has been the case for most of Mike Gundy’s tenure in Stillwater, OSU will be as good as its running game. The offense is built around it. Gundy wants to run it as much as possible.

With Justice Hill coming back for a sophomore encore and J.D. King potentially playing the role of a young Justice Hill/Chris Carson hybrid, OSU should be able to replicate what it did down the stretch in 2016. Even more encouraging is that OSU has a veteran offensive line that seemed to find its footing in the second half of last year (I’d be more concerned if the numbers above were reversed).

“There’s no substitute for experience,” said Mike Gundy earlier this fall. “We’ve talked about Shane Richards and Dylan Galloway, but Aaron Cochran has played 20 games in the Pac-12 for Cal. (Brad) Lundblade has been around. (Zach) Crabtree has been around.

“And when we talk about experienced players, we’re talking about guys that have played on the road in tough spots when it’s hot and loud and everything is going against you, and they’ve still found ways to be successful. It helps that we have those guys who have been around. The younger guys don’t quite understand what it takes in those situations yet so it helps to have those veteran guys.”

It also helps to have had a seven-game stretch in which you were one of the best rushing teams in the country once again for the first time since 2012. Do that again in 2017, and we could be talking about a 14- or 15-game sample size instead of just 13.