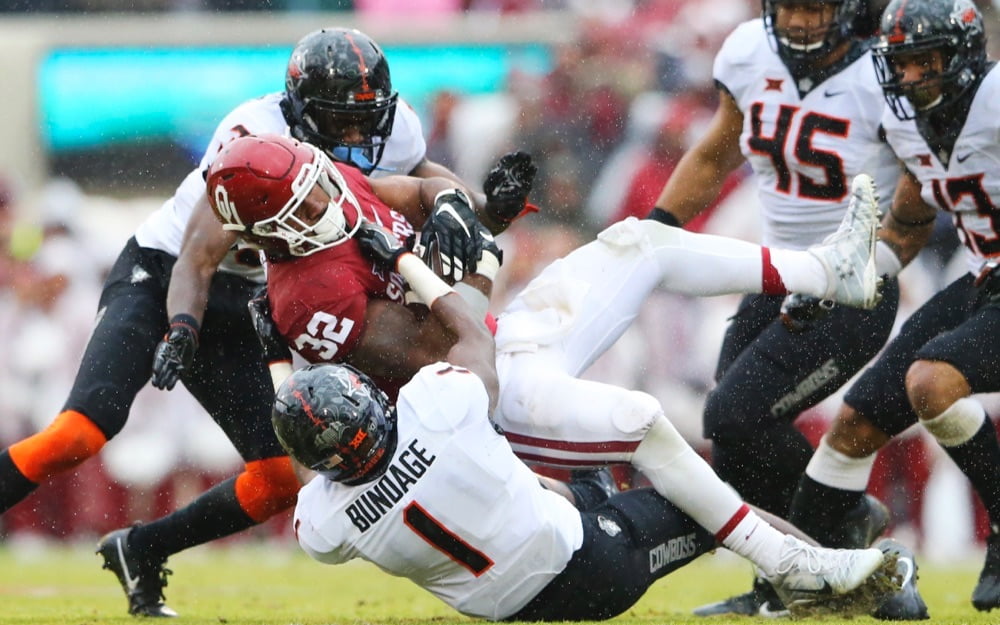 We have been talking a lot about recruiting lately, and I thought it would be fun to look at the top-ranked recruit in all 13 of Mike Gundy’s classes. Here are the top signees by year according to 247 Sports (high school only). I should note that not everyone here eventually enrolled.

Alex Cate was No. 2. (monkey covering his eyes emoji)

It’s hard to believe it now, but Dez Bryant was actually the second-best player in this class. His national rank was No. 41, one spot behind Jones. Kendall Hunter was No. 9. Josh Cooper was No. 927 nationally. Dan Bailey was ranked last of all of OSU’s recruits. That was a class.

A guy named Alfred Dupree was No. 2 this year. Who? Dupree was the No. 1 player high school player in this class before he ended up going to Butler Community College a la Tramonda Moore signing with OSU last year but going the JuCo route. Markelle Martin was No. 3. He turned out all right.

Pratt disappeared one year after he signed.

Mike Gundy’s favorite player ever not named Orie Lemon. Joe Randle was No. 2 in this class. Justin Gilbert was No. 4. This was a good class!

The second guy behind Sims in this class (General Walsh), you could say, stole the spotlight.

Coming off back-to-back 11-win seasons, and the best OSU could do is an offensive lineman ranked No. 277 nationally. Sad!

Why do all of OSU’s top recruits end up transferring? Marcell Ateman was No. 2 in this class. Vincent Taylor was No. 4.

We covered Moore above, but Calvin Bundage was the second-best guy in this class at No. 431 nationally. No. 431! I can pretty much guarantee you Calvin Bundage was not the 431st best freshman in the country last year. And Justice Hill sure wasn’t the 977th-best!

The jury will be out for a few years, but as Gundy described him on National Signing Day (“a fast Josh Stewart), it appears he’ll be around for a while.