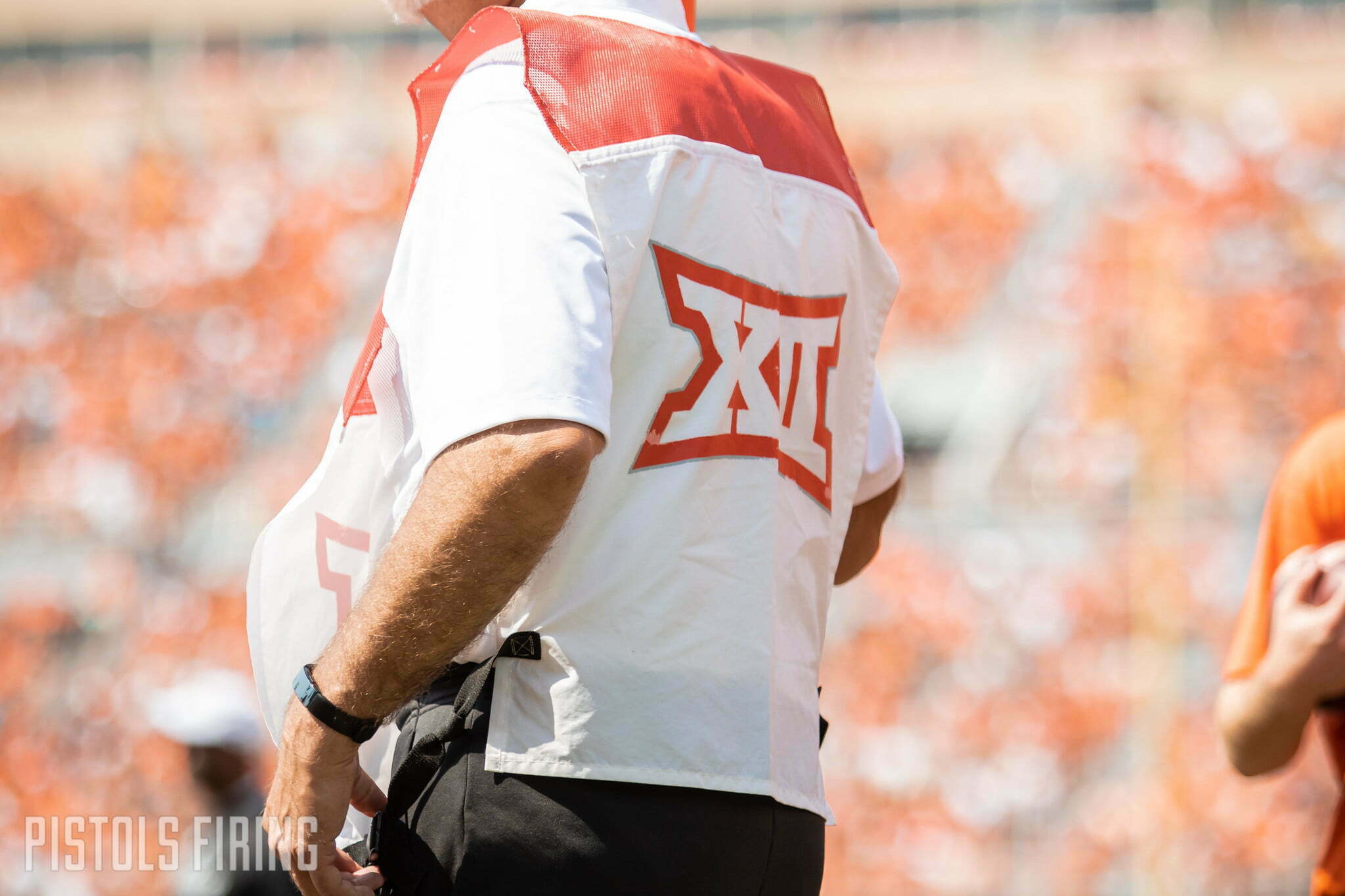 After the Big 12 announced that it will accelerated its media rights negotiations, CBS Sports’ Dennis Dodd is reporting that there are now active discussions taking place about Oklahoma and Texas leaving for the SEC earlier than original 2025 date. In order for Texas and OU to leave to the SEC before that, the schools would have to pay a hefty buyout fee, but that fee could likely be negotiated.

“In any situation like this, I always look for a win-win scenario,” said new Big 12 commissioner Brett Yormark of the OU-Texit at Big 12 Media Days. “That being said, it’s important that whatever happens is in the best interest of this conference.”

Oklahoma and Texas shocked the college football ecosystem last summer with their plans to join the SEC, which has started a string of dominoes to fall like UCF, Houston, BYU and Cincinnati joining the Big 12 and the Big Ten stealing USC and UCLA from the Pac-12.

With the Pac-12’s current media rights deal set to end a year before the Big 12’s, the Big 12 accelerating it’s timeline is likely another chess move to stay ahead of the reeling Pac-12. Reports surfaced last week that Oregon and the Big Ten begam “preliminary talks,” and Dodd reports that Big Ten commissioner Kevin Warren has continued “some level of pursuit” of Oregon, Washington, Cal and Stanford, a move that would be another major blow to the Pac-12.

If the Big Ten does pull any more from the Pac-12, remaining Pac-12 schools would likely be more open to going elsewhere — schools like Arizona, Arizona State, Utah and Colorado that have already been linked with the Big 12.

With media rights deals coming up at different times, it could make for a messy few years where teams are waiting to get from one conference to another. That is unless certain schools can get out of deals early — like OU and Texas.