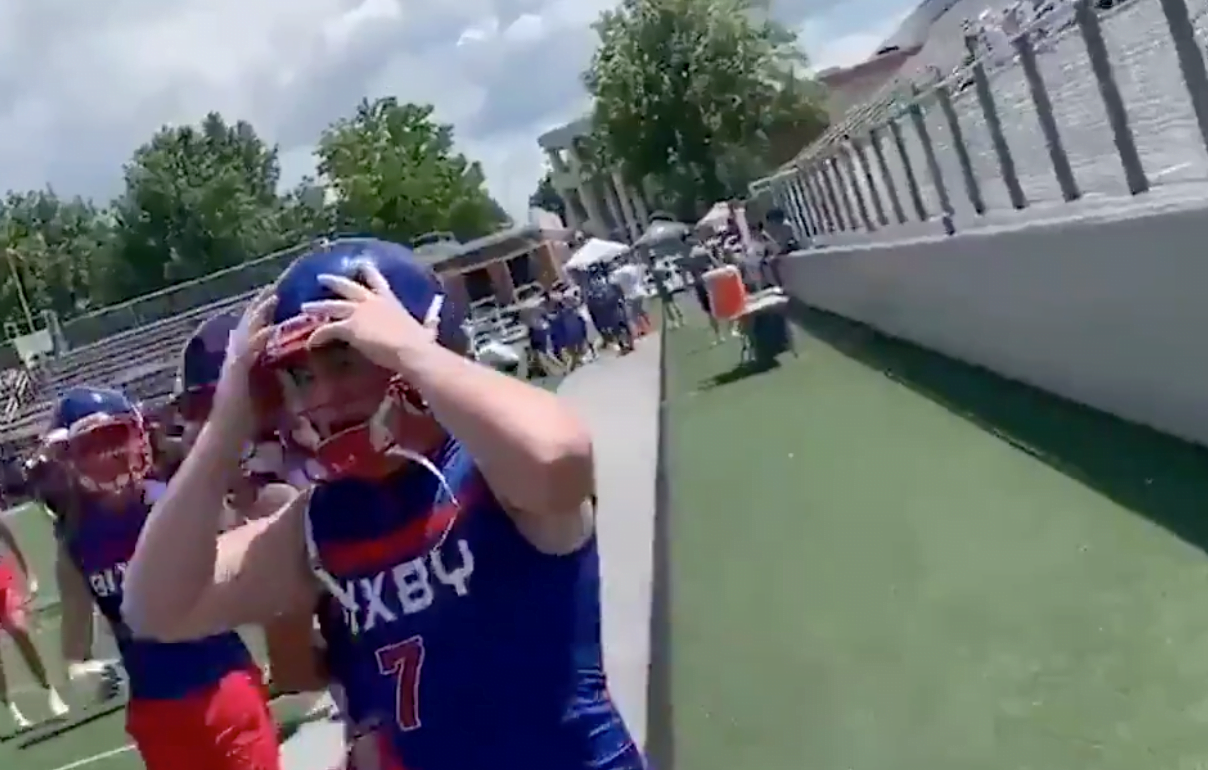 Brennan Presley might be just the 10th-best player in the state of Oklahoma for the upcoming Class of 2020, but this was maybe the best catch some people have ever seen from a high schooler.

The catch came at the Springdale, Arkansas at the Northwest Arkansas Southwest Elite 7-on-7 Showcase, according to Robert Allen, and Mike Gundy was there. Maybe not at this particular 7-on-7 game, but in the general area.

Among the other Oklahoma schools in the Southwest Elite 7-on-7 Showcase was Stillwater and the Pioneers were led by quarterback Gunnar Gundy, running back Qwantrell Walker, wide receiver Anthony Bland, fullback/tight end Luke McEndoo, and cornerback Terence Williams Jr. among others.

Oklahoma State head coach Mike Gundy is there watching Gunnar, so he is able to take in all the action as a dad, but that never hurts as a college head coach either. It was reported that he saw a lot of action including Presley’s highlight reel catch as Stillwater was in Bixby’s pool on Friday. The Pioneers opened bracket play against Ada and won and then advanced past Fayetteville before losing on the last play to the eventual champion Har-Ber in the quarterfinals. [GoPokes]

Anyway, the catch. Presley reaches back behind him at the last second to snag a preposterous touchdown. The best part of the entire thing (by far?) is the cameraman saying “geez Louise, come on Brennan”!

Also, uh, he can go in general. This highlight film is something.

OSU became the first big boy program to offer him recently, although Arkansas and Kansas State are interested. He could be a nice Dillon Stoner understudy.

Scott Wright did a good profile of the Bixby stud recently in the Oklahoman.

Brennan is also known for his speed. The 5-foot-8, 155-pounder terrorizes defenses and usually can’t be stopped in man-on-man coverage.

If he’s going to make one-handed grabs like that on the regular, I imagine Kasey Dunn will welcome him into the receiver room with open arms (or arm).