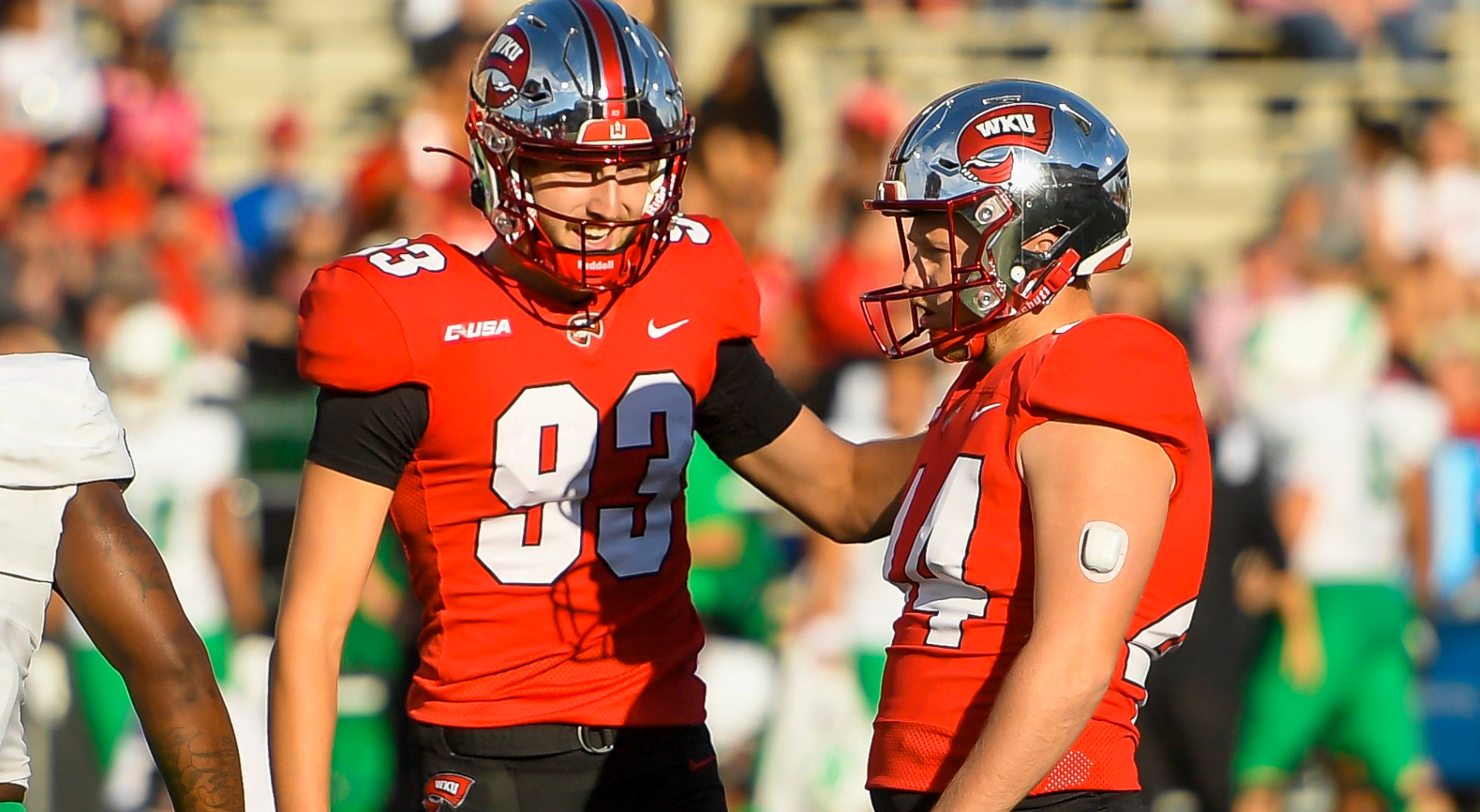 The run on transfers continued into Friday for Oklahoma State as the Cowboys nabbed yet another name from the portal with the addition of Western Kentucky punter Wes Pahl. Pahl announced his commitment on Twitter and tagged Mike Gundy and several other coaches.

Pahl committed to Western Kentucky in 2020 but did not appear in a game with the program in 2020 or 2021, allowing him to use a redshirt year and a covid year of eligibility. He heads to OSU believed to be armed with three years eligibility remaining.

OSU lost starting punter Tom Hutton late in the season with an ACL injury, and Hutton was in the last year of his eligibility, which means OSU was indeed in the market for a punter ahead of next season. It doesn’t appear Pahl punted last season for Western Kentucky, according to the school’s statistics, but at 6-foot-5 he seems to come highly recommended. Here’s what Ben Fentress, a coach who specializes in kicking and punting development, said of Pahl after his commitment: