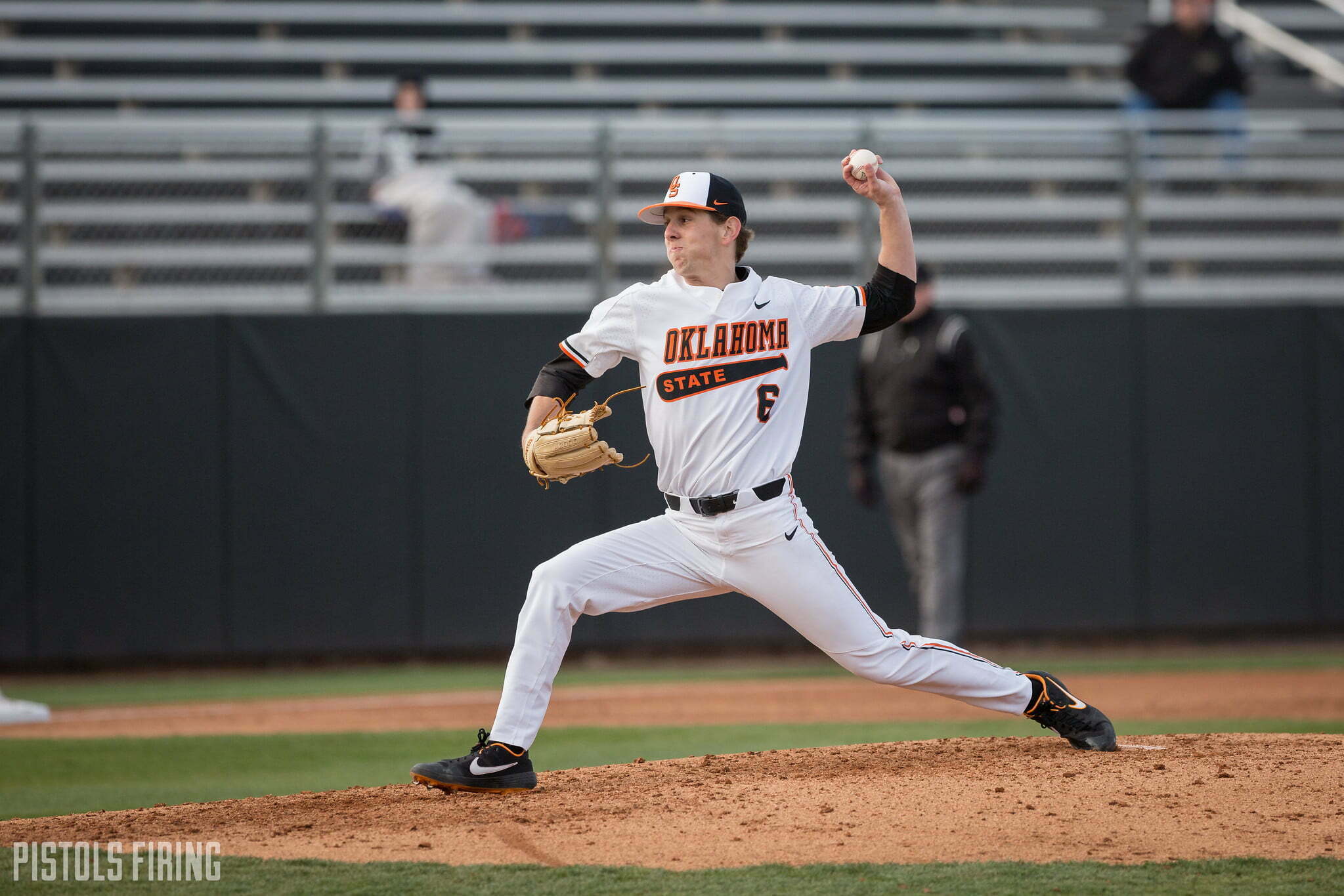 Baseball is back, and the Cowboys are back to their winning ways.

Oklahoma State opened its season with a 3-1 victory against Wichita State on Sunday. The Cowboys ended their pandemic-shortened 2020 season on a five-game winning streak and were able to pick that back up in the new year.

The Pokes scored their three runs in the first inning of Monday’s contest and relied on a trio of pitchers to do the rest.

Highly touted transfer Justin Wrobleski threw the eighth inning against the Shockers. Wrobleski is a lefty who spent time at Clemson and on the junior college level before making his way to Stillwater. He allowed no runs and two hits in his debut as a Cowboy while striking out a pair of Wichita State batters.

Parker Scott got the start on the mound for OSU. He threw five innings where he allowed five hits and one earned run while striking out six.

Kale Davis was the first arm out of Rob Walton’s bullpen. The 6-foot-4 right-hander from Westmoore High School didn’t allow a run in his two innings of work and put up another two strikeouts for the Cowboys.

Brett Standlee got the save in the ninth, striking out the three batters he faced.

Jake Thompson had the first hit of the Cowboys’ season in the first inning when he singled to right field and advanced Caeden Trenkle to second. Justin Campbell then hit a single to load the bases with one out.

Catcher Max Hewitt then got the scoring started with an RBI fielder’s choice to left that scored Trenkle. Then Alix Garcia hit one of his two doubles on the day to score Campbell and Hewitt. That gave the Cowboys a 3-0 lead before the Shockers even got to the plate.

Garcia had a dominant day at the dish, going 3-for-4 with the two doubles.

These teams will meet again at 2 p.m. Monday in Wichita.