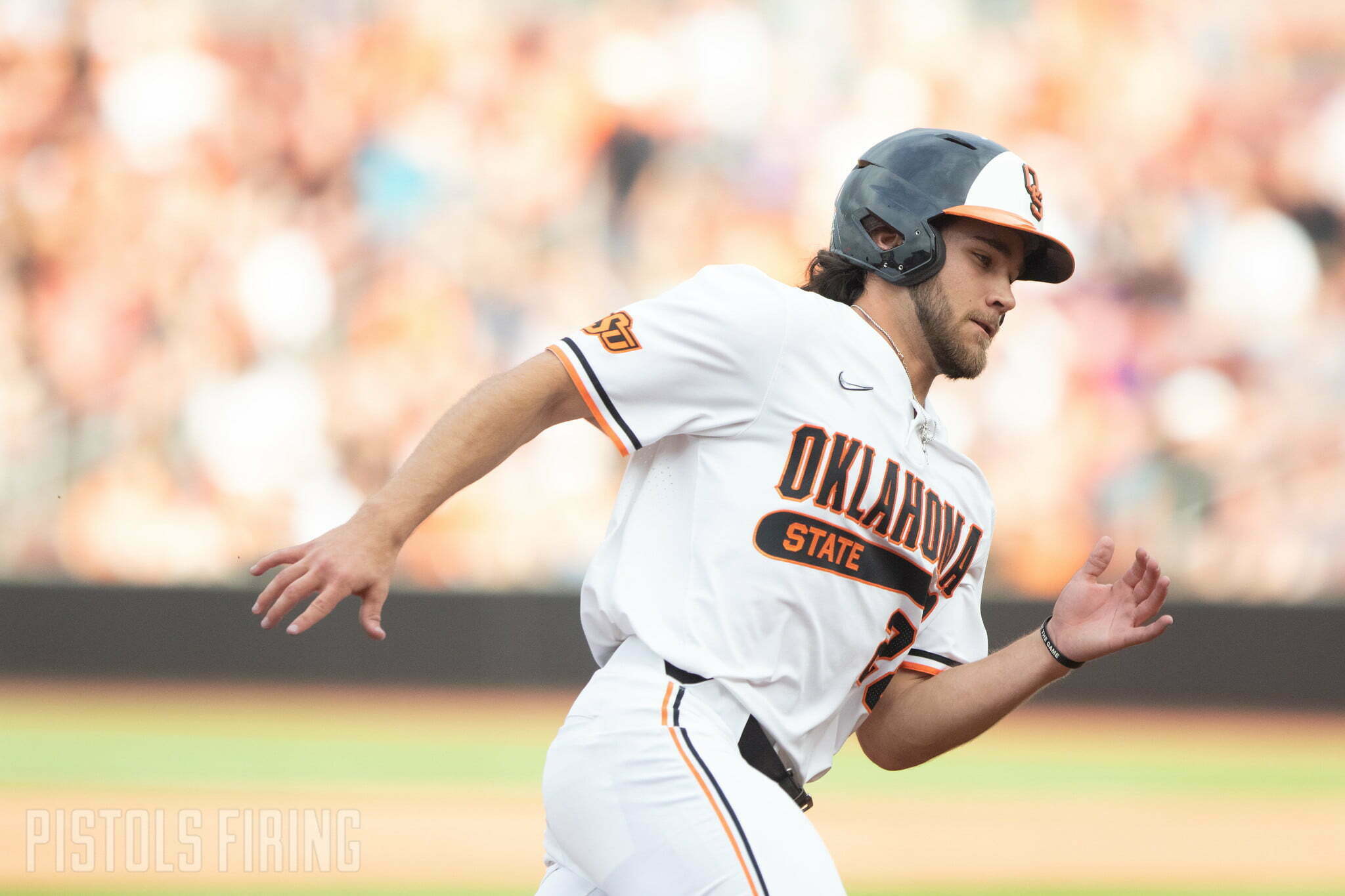 The Bears rallied from an 11-3 deficient to win in walk-off fashion on Thursday night, but the Cowboys weren’t so kind to the home team on Friday.

No. 8 Oklahoma State evened the weekend series — and snapped a five-game skid — with an 11-5 win over Baylor, scoring in each of the five final innings.

Jake Thompson led the way with a 3-for-4 outing including three RBIs. Zach Ehrhard was also 3-4 with two runs of his own.

Each team scored in the first thanks to home runs from Ehrhard and BU’s Jack Pineda. Then a prolonged 1-1 tie was tilted on its head thanks to the Cowboys’ four-run outburst in the top of the fifth.

Ehrhard added a sac-fly before Roc Riggio sent Caeden Trenkle across home plate. Then Jake Thompson asserted himself in Waco to push the Pokes’ lead to 5-1.

Baylor clawed its way back with its four-run period to knot it up at 5 heading into the sixth. But, unlike the Bears, the Cowboys weren’t finished scoring.

Trenkle drove one in on a double to left field in the sixth and Thompson scored another with a double down the right field line in the seventh. Thompson accounted for his third run of the game with a double that scored Ehrhard in the eighth to push the Pokes’ lead to 8-5.

Griffin Doersching laid wood on a pair of deep-ish balls that seemed destined for the parking lot based on the noise on contact. But both hung inside the park and both were reeled in by Baylor outfielders. The Cowboys’ DH finished 0-for-5, his worst outing of the season.

But the Cowboys still had enough in their bats to tie up the weekend series.

David Mendham put this one away chipping one over the right field wall with two teammates on base, padding the Pokes’ lead 11-5.

Justin Campbell moved to 8-2 on the year, pitching five innings, allowing nine hits and five runs and striking out five. While those don’t seem like elite-level numbers, No. 27 got the Pokes out of a couple of jams.

Kale Davis spent spent three innings on the mound, and Nolan McLean sealed the win, protecting the Cowboys’ six-run lead in the bottom of the ninth.

OSU’s loss Thursday means the Pokes can no longer grab a share of the Big 12 regular season crown. With Friday’s win, the Cowboys move to 35-18 and 14-9 in league play. Saturday’s regular season finale at 3 p.m. could have Big 12 seeding implications. No. 3 OU sits at 15-8 heading to its own final conference game against Texas Tech at 2 p.m. Saturday. The Big 12 Tournament takes place May 25-29 at Globe Like Field in Arlington, Texas.