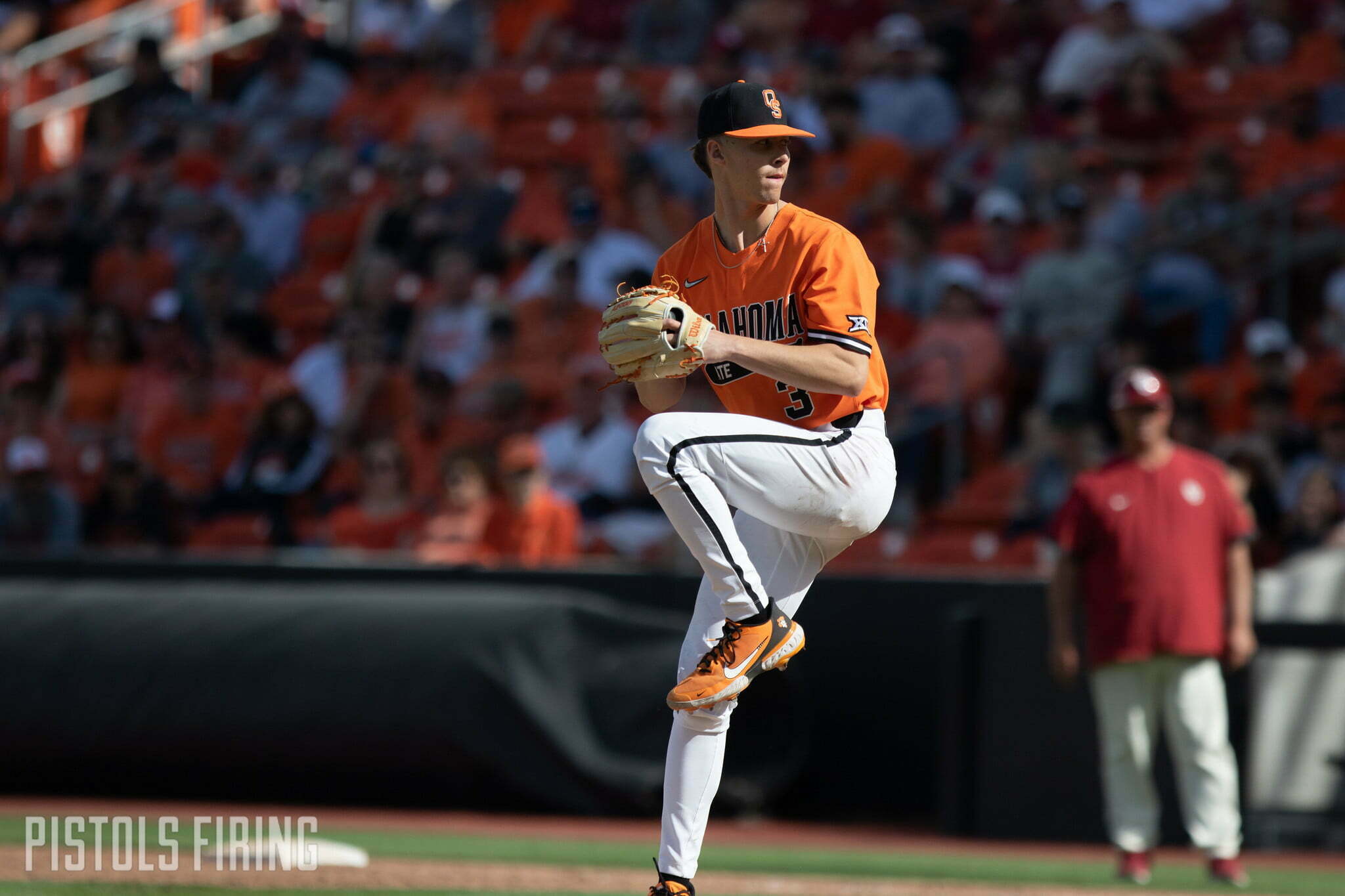 The Cowboys collected a fourth conference series victory in as many attempts this weekend.

Oklahoma State throttled West Virginia 13-3 on Sunday in Morgantown during the teams’ rubber match. The game ended after eight innings via run-rule. The Cowboys got enamored with the long ball early Sunday, and that proved to be too much for the Mountaineers.

OSU hit three first-inning home runs and took a 5-0 lead into the bottom of the frame. David Mendham, Marcus Brown and Griffin Doersching all went yard in the inning. The ball Doersching hit must’ve not listened to its parents as a youngster because it was playing in the street.

The Pokes went into the eighth with a 9-3 lead, needing four runs to enact the run rule. And they got those runs. Doersching started that inning’s scoring with a sacrifice fly that scored Jake Thompson. Mendham and Brown then scored on wild pitches before Cayden Brumbaugh singled to center, scoring Chase Adkison.

Despite not joining in on the home run parade, Thompson had a nice performance Sunday with three RBIs. He hit a sacrifice fly in the first, and he doubled the in fourth, scoring Jaxson Crull and Caeden Trenkle.

What might get a little lost in all the runs OSU scored was Bryce Osmond’s performance on the mound. Osmond advanced to 3-1 on the season after pitching six 2/3 innings where he allowed three runs off three hits while walking two and striking out 11. It builds on a strong performance Osmond put up against Oklahoma last weekend.

There wasn’t too much work left for OSU’s bullpen to do. Roman Phansalkar came on in the seventh and recorded the one out he was asked to get. Hueston Morrill pitched the eighth, closing the door with a perfect inning.

OSU advances to 26-10 overall and 9-3 in Big 12 play after taking two of three off the Mountaineers. That Big 12 winning percentage will sit atop the league entering next weekend’s series.

Oklahoma State hosts Oral Roberts at 6 p.m. Tuesday in O’Brate Stadium before a three-game series against TCU next weekend.