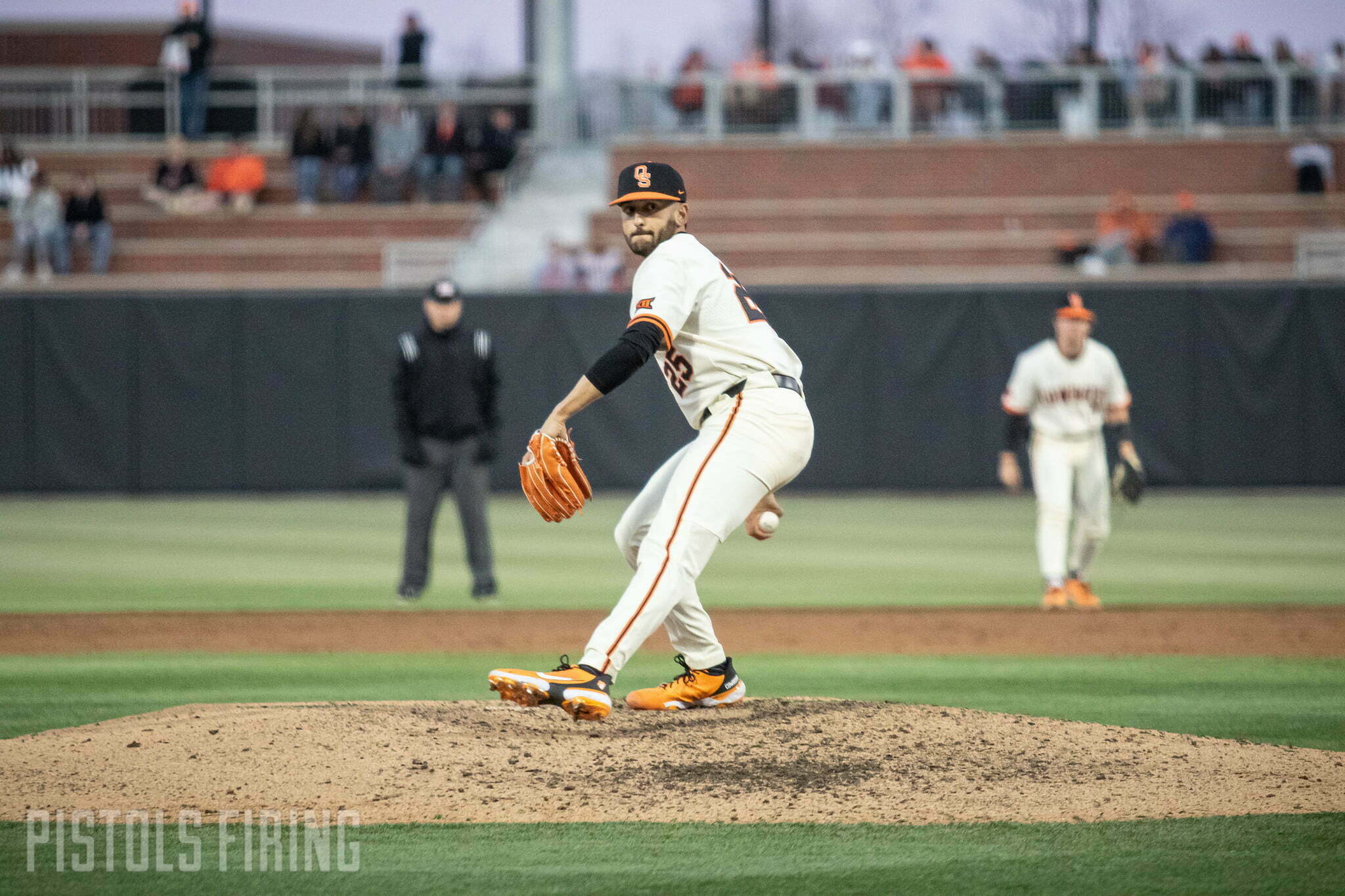 For just the second time since the commencement of Big 12 play, the Cowboys are on a skid. The orange bats went cold.

No. 3 Oklahoma State fell to No. 8 Texas Tech 9-3 on Saturday in Stillwater. The Cowboys mustered just four hits and that was no where near enough.

To be fair, neither team recorded a hit until the third inning, the same frame in which the visiting Red Raiders first struck with a double RBI.

Then the Cowboys tied it thanks to Griffin Doersching’s 10th home run of the season in the fourth.

Big D led the Cowboys, accounting for half of their hits, at 2-4. Both of his hits were scores but it wasn’t quite enough for the Pokes.

Then Tech poured it on with seven runs in the fifth, including Tech’s second grand slam of the weekend by freshman Owen Washburn.

Jake Thompson scored on a balk in the sixth and then Doershing pushed the Cowboys within 8-3 in the bottom of the eighth. But Tech’s Kurt Wilson homered in the ninth to pad the visitors’ lead.

Bryce Osmond took his first L in Big 12 play after starting 4-0. He pitched four and one-third innings, allowing three hits but five runs. He struck out seven. Then Roman Phansalkar finished out the fifth allowing four more hits and three more runs. Dillon Marsh came on for three innings and allowed just one hits for one run and Ure pitched the final inning allowing neither.

With the loss, the Cowboys move to 34-16 on the year and 13-7 in Big 12 play. The Pokes lost just their second conference series of the year but remain atop the league. They will have a chance to widen that chasm with TCU tomorrow with a 1 p.m. start to Game 3 against Texas Tech, followed by a conference series finale against Baylor next weekend.