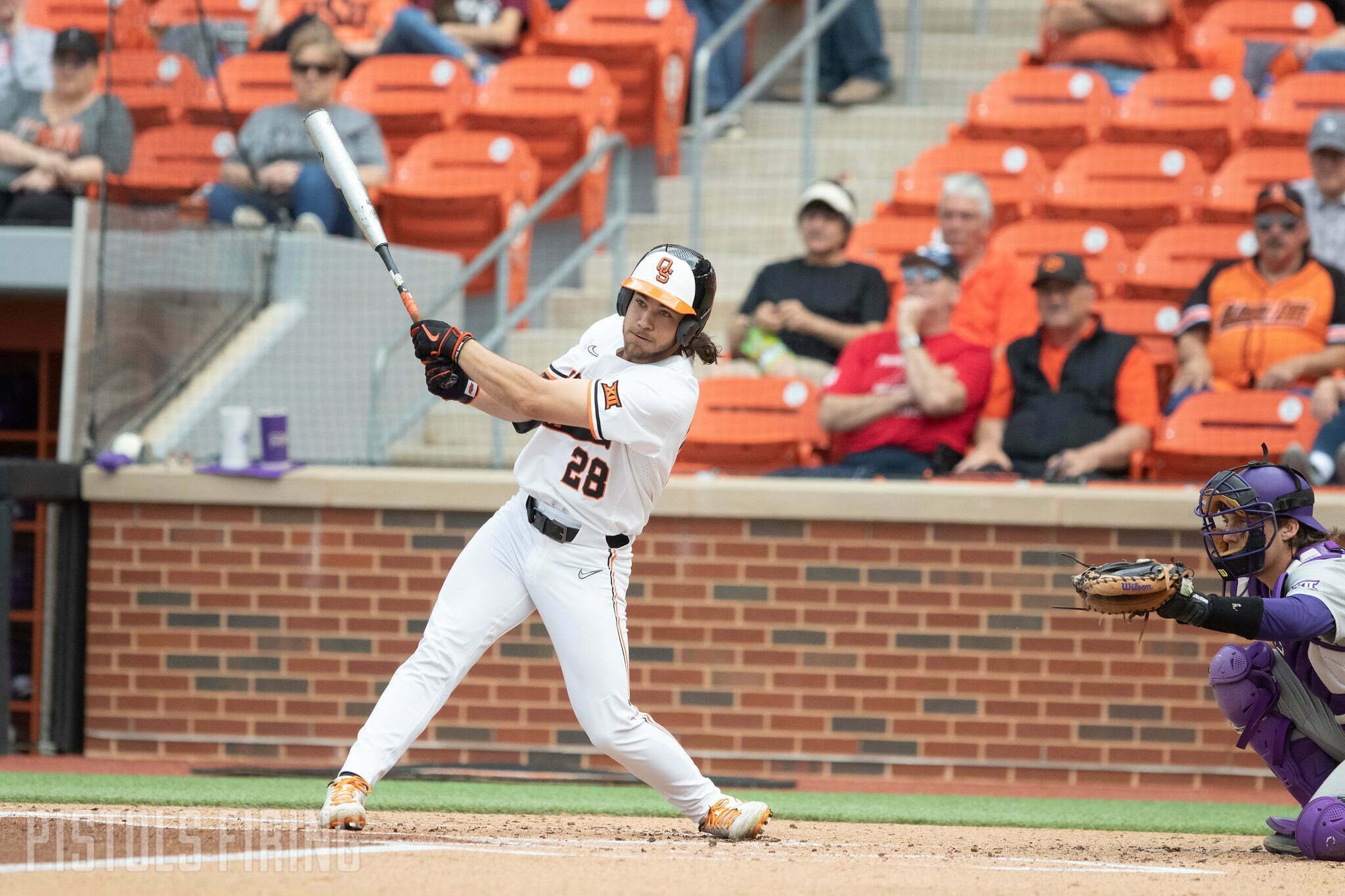 The Cowboys suffered consecutive losses for the second time this season. If it’s any consolation, both were to ranked teams still currently in the Top 15.

No. 2 Oklahoma State fell to 10th-ranked TCU 7-6 on Sunday, following up a 6-4 loss to the Horned Frogs on Saturday. The Cowboys won the series opener on Friday 13-2.

The Cowboys marked up the scoreboard first, with Ian Daughtery’s RBI single to left center that sent Marcus Brown across the plate.

The Horned Frogs answered with a three-run third inning, including a two-RBI Tommy Sacco home run. Then the Cowboys answered back.

Nolan McLean sent Griffin Doersching home with an RBI single in the fourth, the first of three Cowboy runs that inning to take back a 4-3 lead. McLean would cross the plate himself.

TCU took the rubber match at a slow, methodical pace. The Frogs tied it with a run in the sixth and then gained runs in the seventh, eighth and ninth to build a 7-4 lead. The Cowboys’ rally was real, but it was too little, too late.

Jake Thompson’s sac ground-out in the ninth sent John Bay across the plate to make it 7-5, and then Doersching reached on a throwing error that sent Zach Ehrhard home to pull the Cowboys within one. Brett Brown took a walk with two outs putting the Cowboys’ winning run in play, but McLean was struck out swinging.

Bryce Osmond pitched six innings, allowing four hits and four runs while walking three. Hueston Morrill took the L, coming on in the seventh, striking out one and allowing a run. McLean pitched the eighth and ninth chapters, allowing three hits and two runs while striking out a pair himself.

With the win, the Frogs leapfrogged the Pokes for the top spot in the Big 12. With the L, OSU dropped to 27-13 on the year and into the No. 2 spot in the league at 10-5. TCU moved to 27-13 overall, but 12-6 in-conference. The current two-game skid makes for the Cowboys’ first losing streak since they were swept by Gonzaga in early March.

Next up, the Cowboys head to Wichita State for a midweek date with the Shockers at 6:30 p.m. Tuesday before darting south to Austin to face Texas in three-game series. First pitch is at 6:30 p.m. Friday.