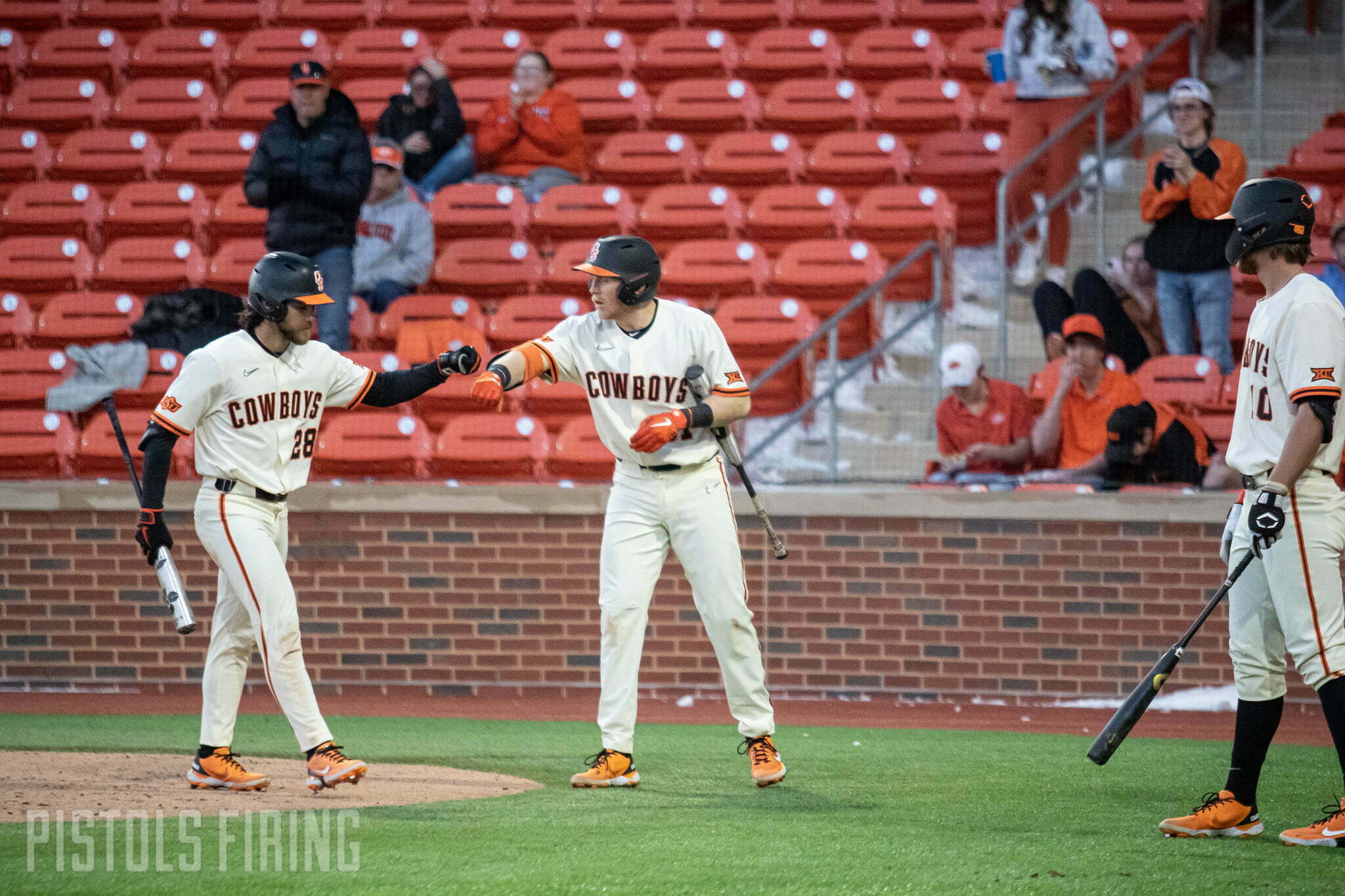 Oklahoma State evened things up in Arlington blanking BYU 3-0 on Friday night to move to 8-6 on the season. The win comes after the No. 6 Cowboys fell 8-6 to the Cougars on the same field on Thursday.

The Big 12 record for strikeouts in a nine-inning contest is 20 and the Pokes’ pitching staff was this close to changing that.

OSU starter Justin Campbell threw six innings from the mound, striking out 12 and allowing just two hits and two walks and turning in a 1.84 ERA. He, Kale Davis and Trevor Martin allowed those two hits and racked up 19 strikeouts in the Cowboys’ first shutout of the early season. Those Ks came up just short of the Cowboys’ 20 strikeouts against Alabama A&M back in 2010.

Both teams were scoreless through seven but the Cowboys got all their runs during consecutive at-bats in the eighth.

The Cowboys finally broke the scoreboard when David Mendham’s drawn walk — with two outs in the top of the eighth — advanced Chase Adkins across the plate to make it 1-0 Cowboys. Next up was Garrett Martin. His single to left field sent Jake Martin across the bag and saw Zach Ehrhard score on an unearned run.

The end result was a 3-0 lead the Cowboys would not relinquish through the next two trips to the mound.

Martin’s 12 Ks (that’s KKKKKKKKKKKK, folks) was a season-high and increased his conference-leading strikeout total to 39 on the year.

Kale Davis spent two innings on the hill, striking out four and walking one, and Cowboy closer Trevor Martin turned in a perfect three up-three down in his one trip to the mound. It’s his third save on the year.

The rubber game will take place in Globe Life Stadium Saturday at 2:30 p.m.