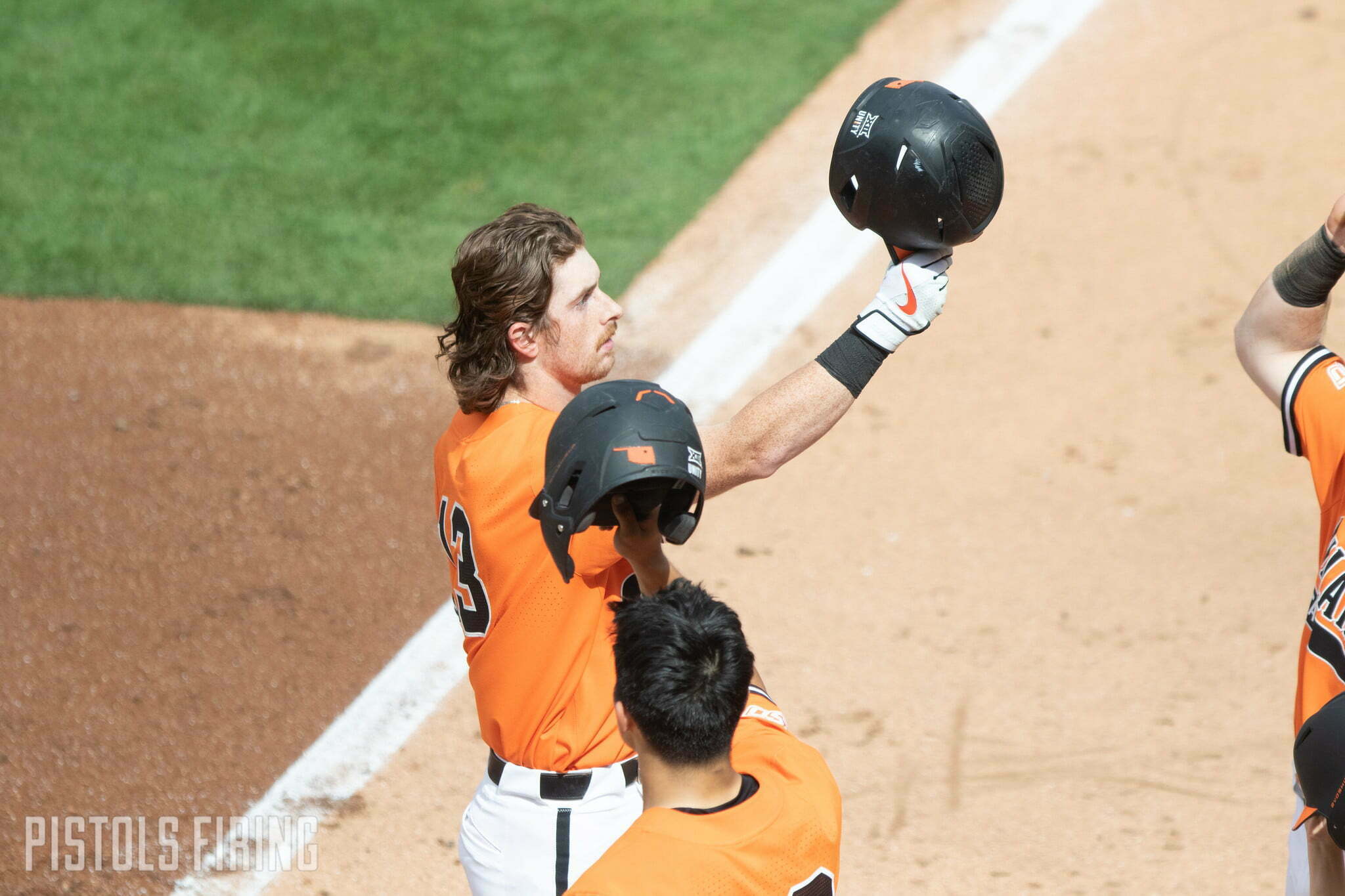 STILLWATER — Not only will the Cowboys host an NCAA Regional, they’ll host a Super in they win.

Oklahoma State is the 7 seed in the NCAA Tournament, it was announced Monday. Arkansas, Grand Canyon and Missouri State are the other teams in the Stillwater Regional. The Cowboys will start the things off with a game against Missouri State on Friday (the time of the game is TBD as of writing).

The Cowboys are 39-20 this season, finishing fourth in the Big 12 regular season standings (but just a game away from first) and in the semifinals of the Big 12 Tournament. OSU has the highest seed among any Big 12 team.

The Cowboys’ stiff nonconference schedule set them up to be the Big 12’s highest-rated seed. OSU played 16 nonconference games against teams in the NCAA Tournament’s field. In those 16 games, OSU was 10-6. That includes a game against Missouri State, who is in the Cowboys’ Regional. OSU beat the Bears 5-1 on March 8.

“The seedings, I really had no idea what to expect just because the committee has a lot to digest in terms of what they choose to do and how they prioritize. or rank, your accomplishments, if you will,” OSU coach Josh Holliday said. “But I felt real good about what our team had done this year, in particular the character they revealed late in the season. We had a tough stretch there a couple weeks back, and we responded and bounced back from that. I thought that was a tremendous sign of our toughness and of our grit to keep playing hard despite the fact that a few things didn’t go our way.”

It’s the 46th time the Cowboys will play in an NCAA Regional, fourth-most of any program. It’s the Pokes’ ninth Regional appearance under Holliday, and it’s the fourth time OSU will host under Holliday.

Here is a quick breakdown of the teams in the Stillwater Regional.