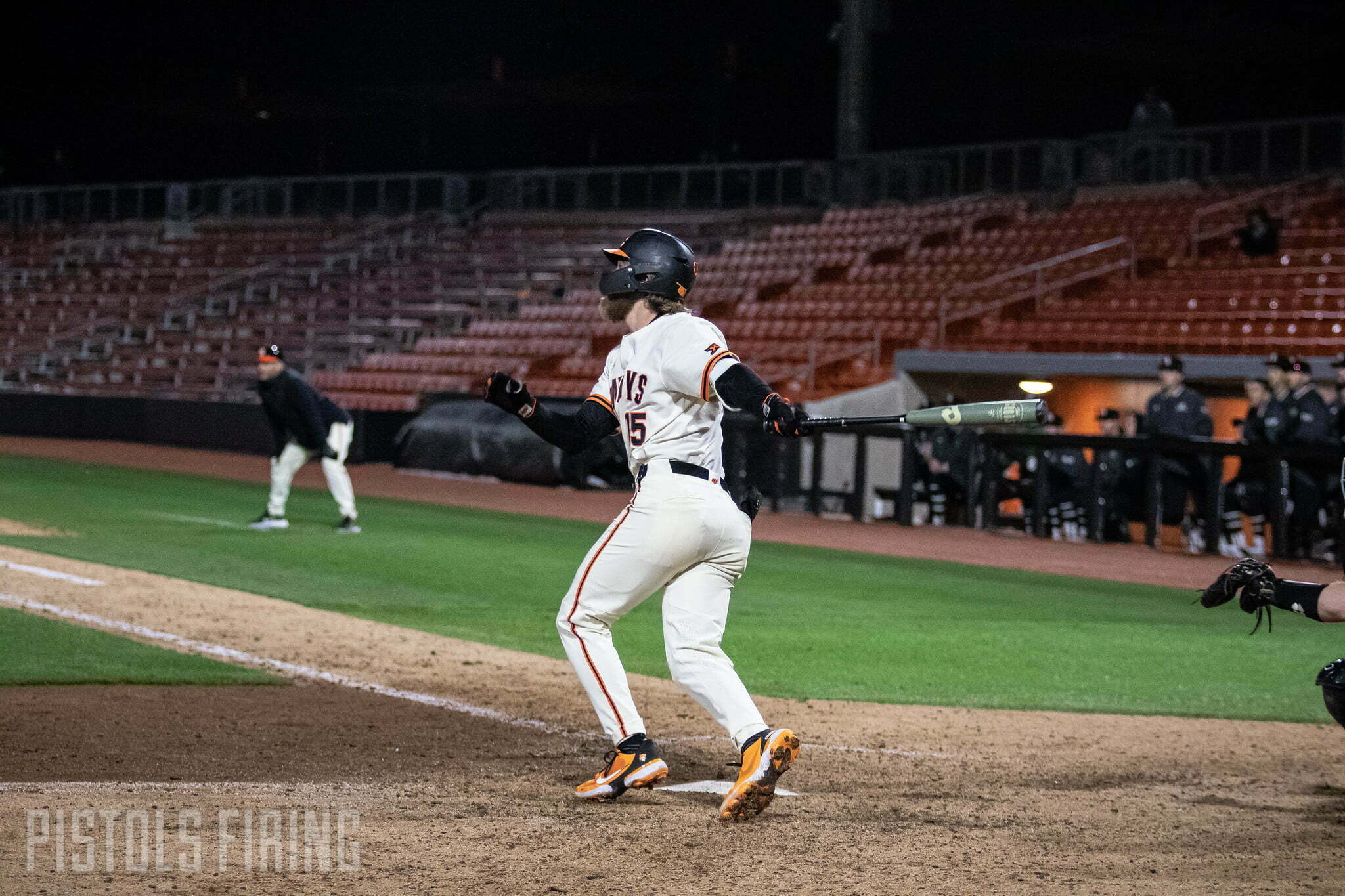 The Cowboys were down to their final out in the penultimate inning when Josh Holliday called upon Brett Brown to pinch hit, and Brown made Holliday look like a genius.

The Oklahoma State baseball team came from behind to beat Wichita State 5-3 on Tuesday night in Wichita. Brown’s only at-bat came in that eighth inning. Trailing 3-2, Brown got to the plate with a pair of outs and a pair of runners in scoring position when he looped a single into centerfield, giving the Cowboys the lead.

The Cowboys added a little insurance in the ninth when Griffin Doersching, in his second game back from injury, singled through the left side, scoring Zach Ehrhard. Doersching went 2-for-5 on the night with the RBI and a trio of strikeouts.

Dillon Marsh got the start on the bump for the Pokes, but Rob Walton gave a lot of bullpen guys a little bit of work. Marsh threw four innings where he allowed three runs off six hits while walking one and striking out five.

From there, Walton used seven arms out of his bullpen with no guy throwing more than the 27 pitches Bayden Root threw. OSU’s pen gave up no runs and only one hit while walking four and striking out 10, bouncing back from a rough game against Kansas State on Sunday.

The Cowboys move to 21-8 on the year. OSU hosts Oklahoma at O’Brate Stadium this weekend for a three-game Bedlam series. First pitch for Friday’s game is scheduled for 6 p.m.