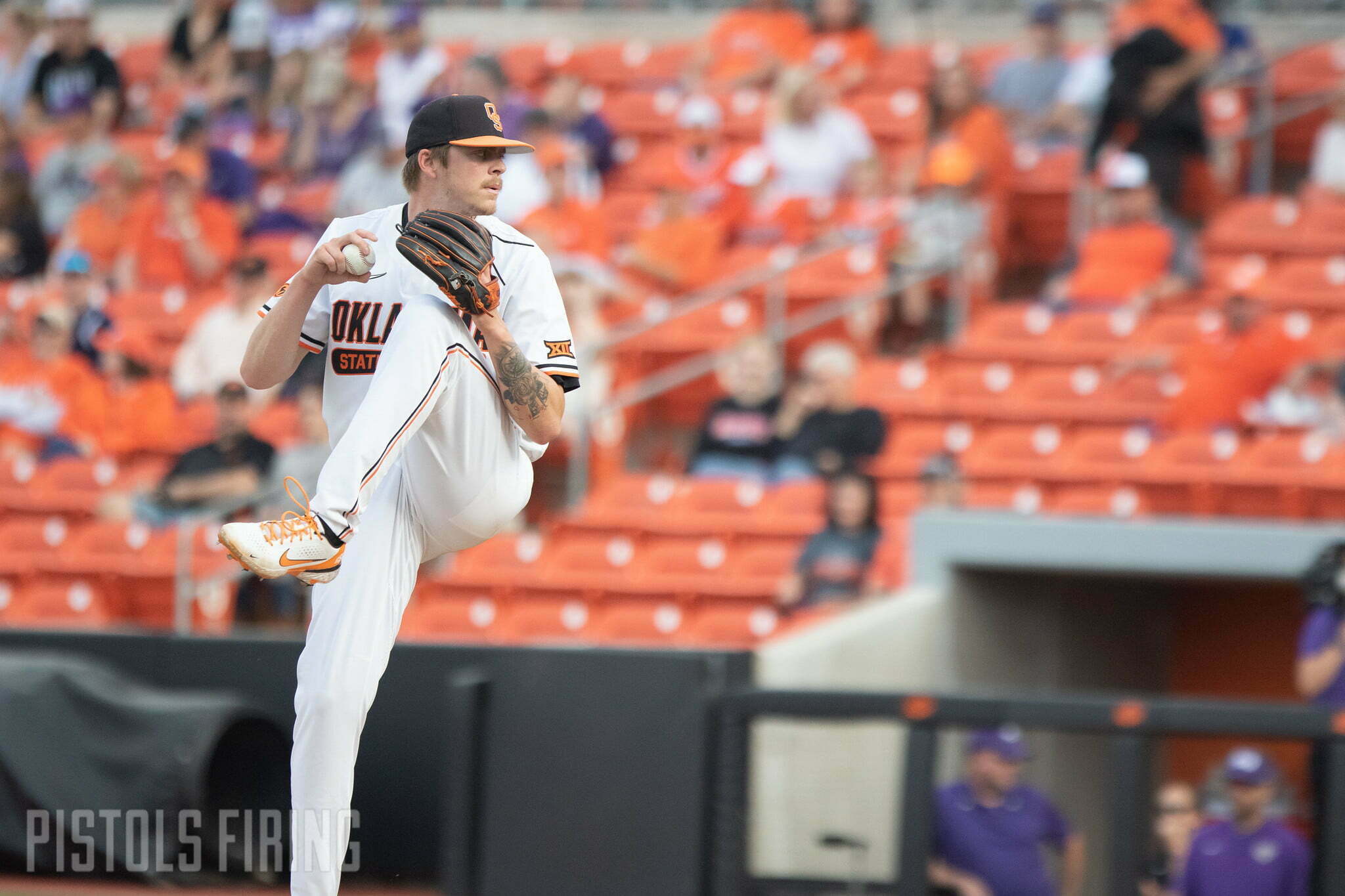 After failing to score a run in their Big 12 tournament opener, the Cowboys’ bats woke up Thursday.

Oklahoma State run-ruled Baylor 11-1 in the lower bracket of the conference tournament, as the Cowboys look to win the event the hard way. OSU advances to play the loser of the TCU vs. Texas game at 3:15 p.m. Friday.

As good as the Cowboys’ bats were to force the run rule, all-everything pitcher Justin Campbell was just as good. Campbell threw all seven of the game’s innings where he allowed one run (unearned) on three hits while striking out 10. It was the type of performance that could be big for the Pokes if they want to make a run in this tournament because Rob Walton was able save arms.

Griffin Doersching was one of a few Cowboys with stellar days at the plate. In the third inning, Doersching introduced himself to the upper deck of the Texas Rangers’ new ballpark with a three-run home run to make it 4-1.

Doersching finished the day 1-for-2 with the three RBI. He also drew a pair of walks.

The Pokes’ freshmen also hit well. Zach Ehrhard and Roc Riggio, who batted first and second against the Bears, went a combined 7-for-10 at the dish with six runs scored and two RBIs. Riggio, who was 4-for-5, hit a solo home run in the sixth inning, his seventh home run of his freshman season.

Jake Thompson had a rare seventh-inning walk off when he singled to left field to score Ehrhard and Riggio to enact the run-rule. Thompson’s ball ended up getting by Baylor left fielder Cam Caley, and Thompson ended the game on third base as the Pokes started streaming out of the dugout.

Texas and TCU play at 4 p.m. Thursday as the Cowboys await the game’s loser. OSU is 3-1 against the Longhorns this season after falling to them Wednesday. The Pokes are 1-2 against TCU.