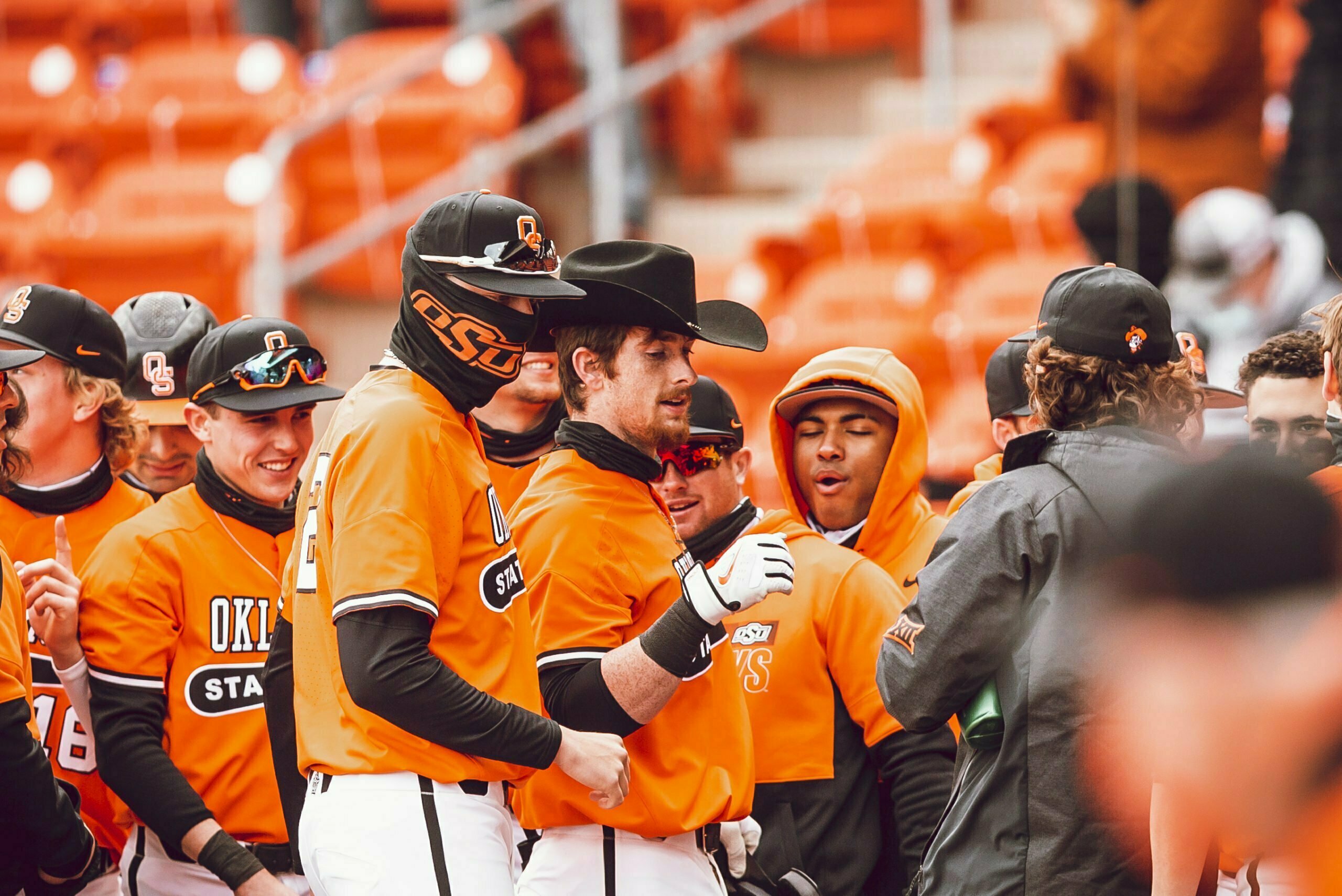 After requiring a walk-off to beat the Redbirds on Friday, the Cowboys powered past Illinois State the past two days on their way to a series sweep.

Oklahoma State beat Illinois State 6-0 on Sunday in O’Brate Stadium to advance to 6-0 this season. It was O’Brate’s first shutout. The Cowboys hit three home runs in an 8-2 win Saturday and another three Sunday.

Nolan McLean, Brock Mathis and Jake Thompson all went yard Sunday. It was Mathis’ second home run in as many days after he delivered this bat flip Saturday.

“For me, I’m 22 now, you don’t know what the future looks like, so I’m gonna play every day,” Mathis said. “This could be it for me. I really think about that, but in the moment, I get hyped up. I’m an energy-giver guy. In the moment, I don’t hold anything back.”

It was the first home run of highly touted prospect McLean’s career. McLean, who is also a depth quarterback on Mike Gundy’s squad, hit a moonshot to right that just kept carrying.

Bryce Osmond had a solid day on the mound. He allowed three hits and walked two while striking out three.

C.J. Varela, Tucker Elliott and Roman Phansalkar came on in relief, combining to give up four hits and no walks while striking out four.

“I guess it just kind of registered that this was the first shutout at O’Brate,” Osmond said. “I think when Roman went out there to finish it up, I was screaming pitchers’ BP for about 20 minutes trying to speak it into existence. I didn’t really consider that it was the first one in O’Brate, but yeah, that’s even more exciting.”

On the way home from a big Bedlam win, the Oklahoma State basketball team stopped at O’Brate Stadium on Saturday night to support the OSU baseball team.

“I think it’s really a compliment to Coach Boynton and his view of athletics and university family,” baseball coach Josh Holliday said. “I think it’s neat that the basketball team would take the time to come out here and be supportive of our team but also cool for our fans to recognize them for their win that day. We’re not used to a jumbotron at baseball, so to have the basketball game on the jumbotron pregame and you know our players were following that score, that’s cool. I want the athletes here to love their university, to root for the other athletes. This is probably the least amount of interaction the athletes have ever had with one another in the last year. I think it’s neat that these guys are our friends.

“I can tell you the head coaches and coaches across this department have never been more unified than they are right now. That goes for all sports.”

The Cowboys hit the road for a Tuesday game against Missouri State. First pitch is scheduled for 3 p.m.