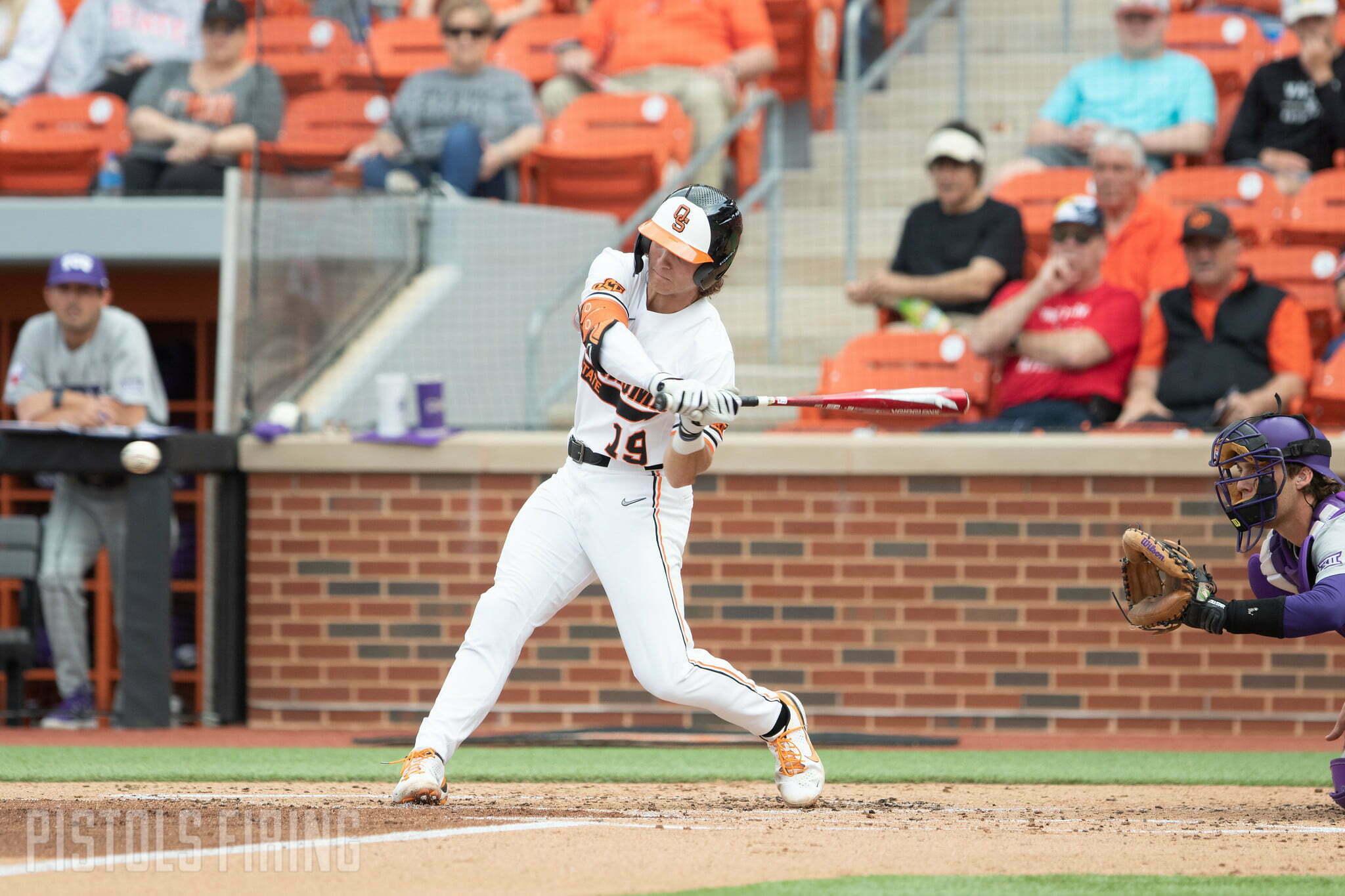 No. 3 Oklahoma State earned the series win on Saturday night, topping Southeast Missouri State 11-6 to move to 33-13 on the season.

OSU fell behind by one in the top of the first inning thanks to a home run by Redhawks outfielder Jevon Mason. The Cowboys then poured on three runs of their own off the bats of Griffin Doersching (2-5), Nolan McLean (2-4) and Marcus Brown (3-5), and didn’t look back. Doersching and Brown each had three runs batted in on the night.

OSU padded its lead with a Zach Ehrhard (1-4) home run in the second and then added even more separation thanks to a 4-2 fourth. The Redhawks won the fifth 2-1 but the Pokes extended the lead to 11-5 thanks to a McLean homerun and a Brown single RBI in the bottom of the fifth. Southeast Missouri State scored again in the top of the ninth but it was too little, too late for the Redhawks.

Bryce Osmond got the start for the Pokes on the mound and pitched four innings, but allowed seven hits and five Redhawk runs while striking out seven. Roman Phansalkar took over in the fifth, earning the win and moving to 5-2 on the year. He pitched three innings, striking out one and walking one. Kale David pitched the final one and two-thirds innings, allowing a hit, a run and walking a Redhawk.

Marcus Brown made plays on both sides of the scoreboard.

The Redhawks scored a final run in the top of the ninth when Brett Graber singled to left field but Davis was able to close it out with his third strikeout of the evening to end the game.

The Pokes weren’t active in the conference but their Big 12 lead grew this weekend with TCU’s series-tying loss to Oklahoma in Fort Worth. The Cowboys now own a one full game lead atop the league with just two conference series left against Texas Tech and Baylor.

Next up, the Cowboys will look to keep the win streak going and complete the weekend sweep on Sunday at 1 p.m. at O’Brate Stadium in Stillwater, Okla.