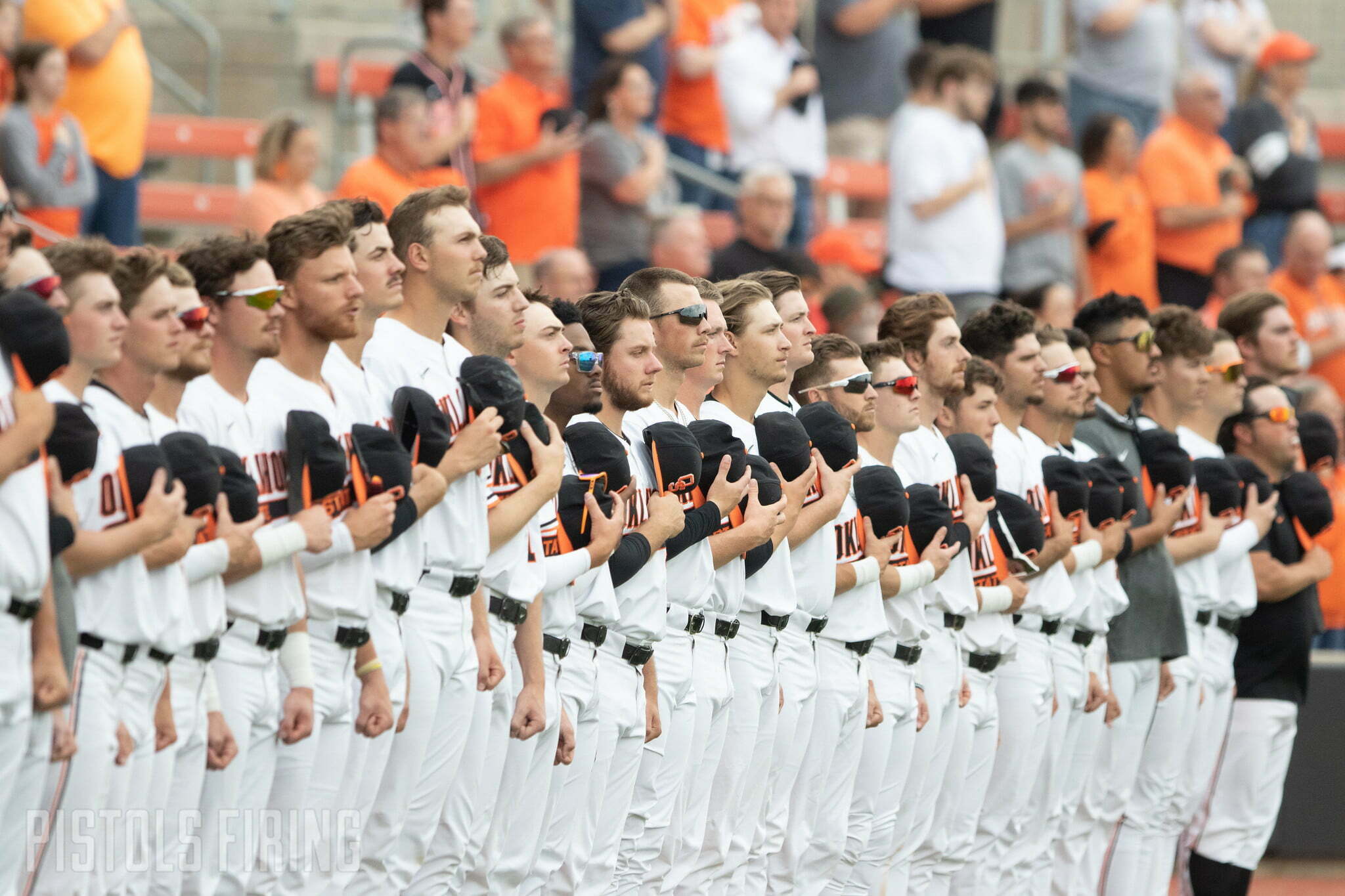 The Longhorns matched the Cowboys run for run for most of Friday night, but Zach Ehrhard put the Pokes ahead for good late.

Oklahoma State defeated Texas 8-6 on Friday night in Austin after Ehrhard, a freshman from Florida, doubled to left center in the top of the ninth inning scoring a pair of runs. That led to Nolan McLean, who started the night at third base for OSU, to take to the mound in the bottom of the inning where he sent the home fans back to their cars disappointed.

Ehrhard was the star of the show for the Pokes on the night. He went 3-for-5 at the dish with the two RBIs. The performance moved his season batting average to .312, which is second-best among Cowboys with at least 25 at-bats.

Connors State transfer David Mendham also had a solid performance at the plate. He was 2-for-4 with both of his hits being solo home runs. They were his fifth and sixth home runs on the year.

It was a yo-yo of a game. The Pokes took the lead in the second with Mendham’s first home run of the day, but the Longhorns responded with a game-tying solo shot in the bottom of the fourth.

Then it was the Cowboys’ turn, as the Pokes poured on three runs in the fifth inning thanks to a Jake Thompson two-run bomb and a Roc Riggio RBI single. But, Texas answered with a three-run fifth.

McLean and Mendham hit back-to-back solo shots in the sixth inning. McLean’s round-tripper was his team-best 10th of the season. That gave the Cowboys a 6-4 lead, but Texas again answered, scoring runs in the seventh and eighth to tie it at 6, setting up Ehrhard’s game-winning double.

All-American Justin Campbell got the start on the bump for the Cowboys. It wasn’t his best outing of the year, as he gave up four runs off eight hits in five innings of work. However, his five strikeouts were enough to get him to an even 100 on the season.

Roman Phansalkar came on in the sixth. He went two innings where he allowed one unearned run off three hits. Trevor Martin was awarded the win when he came on in the eighth. He pitched the sole inning, giving up a run off one hit while striking out two. Martin set up McLean’s third save of the season.

The Cowboys and Longhorns will go again Saturday. First pitch is scheduled for 2:30 p.m. in Austin. The game will be televised on the Longhorn Network.